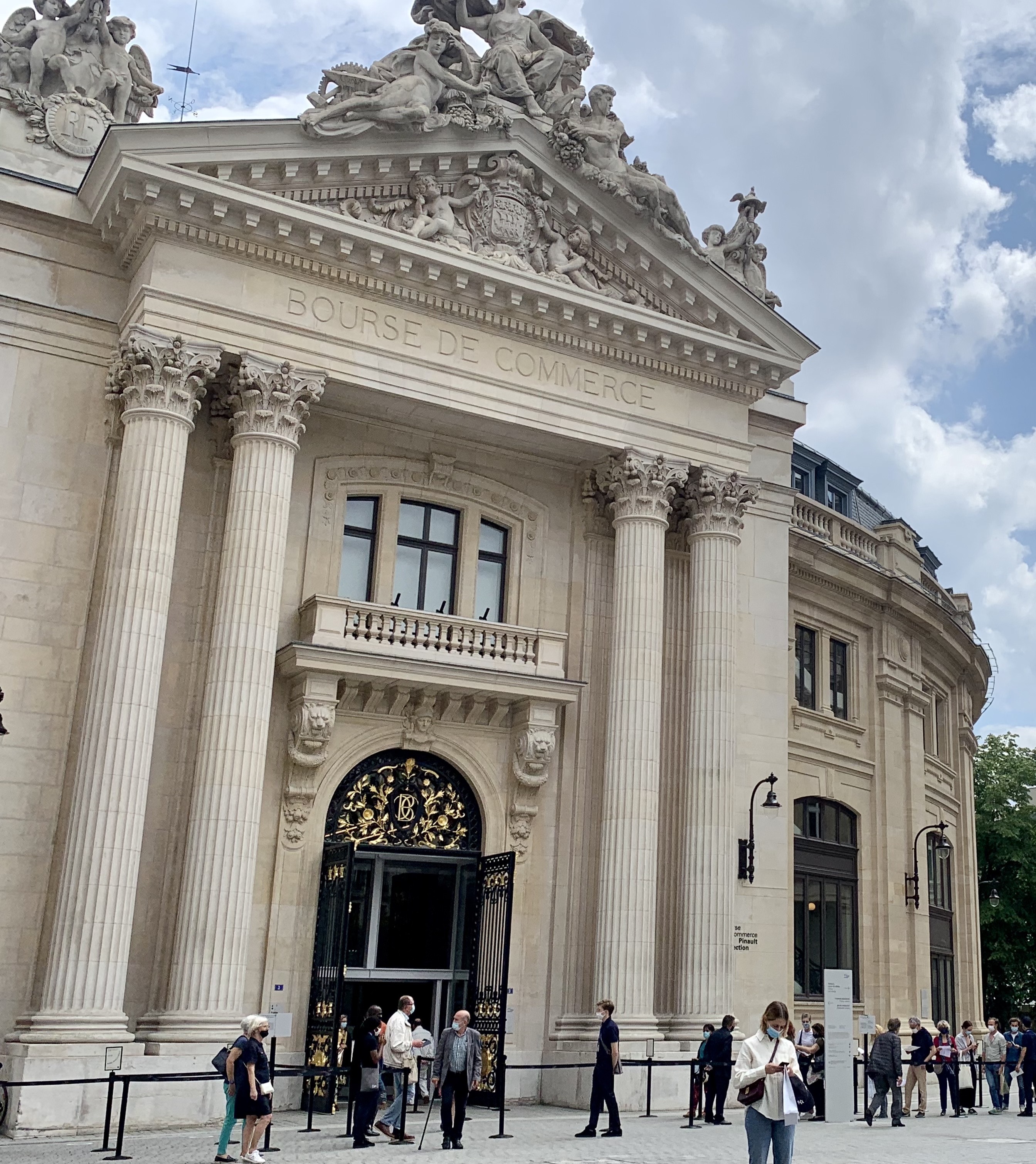 We take a look at the history and development of this new mecca for modern art, set in the heart of Paris.

The opening is perfectly timed as lockdown eases, and our city begins to welcome visitors back to outdoor cafés, cinemas, and museums, before a full-scale unlocking of the economy on June 30.

The history of Pinault

Who is François Pinault?

A businessman turned fashion magnate, he is one of the most famous billionaires in France.

Following a hugely successful career in the timber trade, his son took over the family’s business activities in 2003. Since that time, Pinault has dedicated his life to collecting contemporary art.

The family business is now known as Kering, and is a renowned luxury fashion group. Through his son, Pinault’s daughter-in-law is the acclaimed actress Selma Hayek.

According to Forbes, Pinault currently has a net worth estimated at $43.4 billion.

With his many investments in modern art, the new museum in Paris will house some 10,000 pieces by 400 of the world’s most radical artists.

It is something we reported in this blog when the work was just getting underway.

Beginning as an 18th-century building used to trade grain and other commodities, much of the current structure dates from the late 19th century.

Known for its striking circular interior, capped by a large rotunda, the dome dominates the Halles district. It's a listed historical monument, with a giant fresco that winds all the way around, originally painted for the Universal Exposition in 1889.

Previous Pinault Museums have opened in Italy, but this one is a first for France.

The transformation of the Commodities Exchange

Despite the delays, the Bourse de Commerce Pinault Collection finally opened on May 22, 2021.

It’s an impressive transformation, masterminded by renowned Japanese architect Tadao Ando. It builds on his previous work for the Pinault museums in Italy. But this one raises the bar.

The architect has placed a 30-foot-high concrete cylinder inside the circular building, serving as the main exhibition gallery. It looks like it has always been there, seamlessly slotting into the old building.

Spanning more than 10,500m², this is the biggest of the three Pinault museums, including a unique underground auditorium. Circling concrete stairways connect the spaces, including platforms to view the famed fresco and glass-oculus roof.

Other features include a sound studio and meditation spaces, plus an elegant new restaurant with city views.

The final cost of the renovation is in the region of $195 million.

Attracting visitors for years to come

Described as “a museum dedicated to contemporary art through a collector’s eyes” this new Paris attraction is another addition to our city’s leading lineup of cultural attractions.

And with a 50-year lease, it’s set to be attracting visitors for many years to come.

Finally, some words from the man himself, Mr François Pinault. About the Paris Pinault Museum opening, he says, “I am delighted that the opening of the Stock Exchange will enrich the European landscape of art institutions. Following the hard year 2020 that our country and the world went through, we are looking to the rebirth of cultural life in Paris”.

56Paris is open and here to assist you

As with all new developments of this scale, at 56Paris we expect renewed interest in properties surrounding the new museum in the 1st arrondissement (district) and its neighboring areas. Like this stunning loft, available for professional and/or personal rentals.

If you have any questions about the real estate market anywhere in the French capital, please don’t hesitate to get in touch with the team at 56Paris. We are continuing to work with clients at this time, and are on hand to offer free, no-obligation advice.