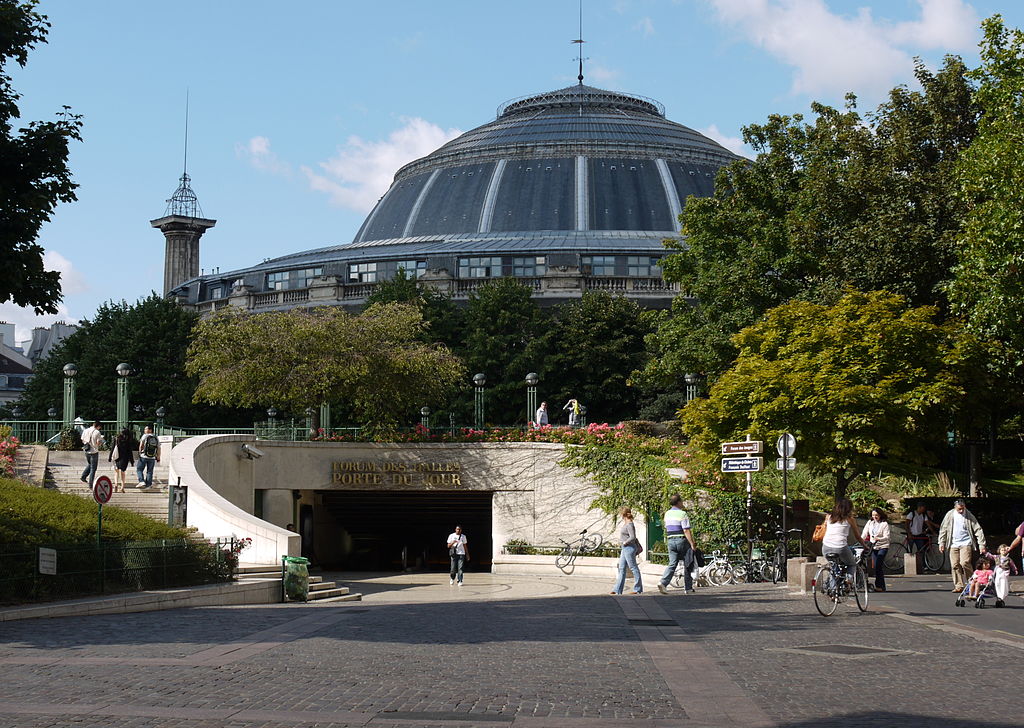 The decision to house the Pinault art collection in Paris has been joyously received by Mayor Anne Hidalgo who brokered the deal.

The Bourse de Commerce is the French capital’s old corn exchange. Celebrated architect Tadao Ando is to renovate the building. The result should be one of the most exciting contemporary art museums in Europe.

François Pinault is the luxury goods billionaire who is the founder of Kering. It is a French luxury goods holding company and the owner of Christie’s auction house. He will convert Paris’ historic Bourse de Commerce to display his €1.2 billion collection of modern masters.

The historic building in the city’s 1st arrondissment dates to the 18th century. Parts of it are designated a national historical monument.

The Pinaults have a 50-year lease. With it comes the responsibility to renovate. Paris is rich in old masters, as well as classic modern artists such as Picasso and Matisse. It will now also display a major collection of contemporary artists.

Pinault Art Collection in Paris in 2018

Mayor Hidalgo described the museum as “an immense gift to the heart of Paris.” The new art gallery is part of a €1 billion project to give what Mayor Hidalgo calls a “new beating heart” to the city’s Les Halles district.

Pinault, 79, has formed an enormous collection of work from artists including Mark Rothko and Damien Hirst. Until now, he has displayed them at his private museums in Venice.

His Kering group is made up of 20 high-profile, profitable brands that create apparel and accessories for the luxury and sport and lifestyle markets.

Art and Fashion in Paris

The launch of a brand new museum for the Pinault art collection in Paris is part of a trend by fashion conglomerates and their owners to open public spaces to store their collections.

LVMH, Kering’s chief rival in France, opened the Frank Gehry–designed Fondation Louis Vuitton in the Bois de Boulogne in 2014. Prada’s Fondazione Prada in Milan opened the doors to its new building in early 2015.

Pinault’s yet-to-be-named museum is set to open in 2018. Pinault’s son– and Kering’s CEO – François-Henri Pinault – will be an adviser.

“It obviously resonates very well with the activity of our houses — the cultural dimension and its anchorage in tradition is very important,” François-Henri Pinault said. “There’s an obvious link between art and fashion. All the artistic directors of our houses are all involved in art.”

The arrival of the Pinault art collection in Paris at the old Bourse de Commerce is a clever marriage of art, fashion and architecture – three aspects of life for which the French capital is deservedly famous.

Effect on Real Estate in the Vicinity

The renovation of the landmark building will certainly have a positive impact on the housing sector. Property is less readily available for sale in this most central of Parisian districts. Here between Les Halles and Palais Royal, the scarcity keeps property values strong. Prices are likely to increase further with the arrival of the new museum.

The latest figures from the Chambre de Notaires de Paris (Chamber of Notaries of Paris) show real estate prices in the “Les Halles” neighborhood are already trending up .9%. The remodeling of the nearby Les Halles complex completed in 2016 has recently boosted prices.

This is a good indicator for an area that, like most Paris neighborhoods had previously undergone some adjustment. Prices were down 4.3% over the last 5 years, but are now confidently trending up. We expect real estate in this area to go up further with this high-end addition to the very center of Paris.

As an example, a fully renovated 75 m² period apartment nearby is precisely the kind of property most likely to benefit. This spacious one bedroom on the 4th floor of a 19th century building with elevator overlooks the gardens and the dome of the Bourse de Commerce. While the real estate Argus shows high end properties in the area at a list price of 13 242€/m², this property’s unique features place it above average. It is currently listed for sale at 13 918 €/sqm.