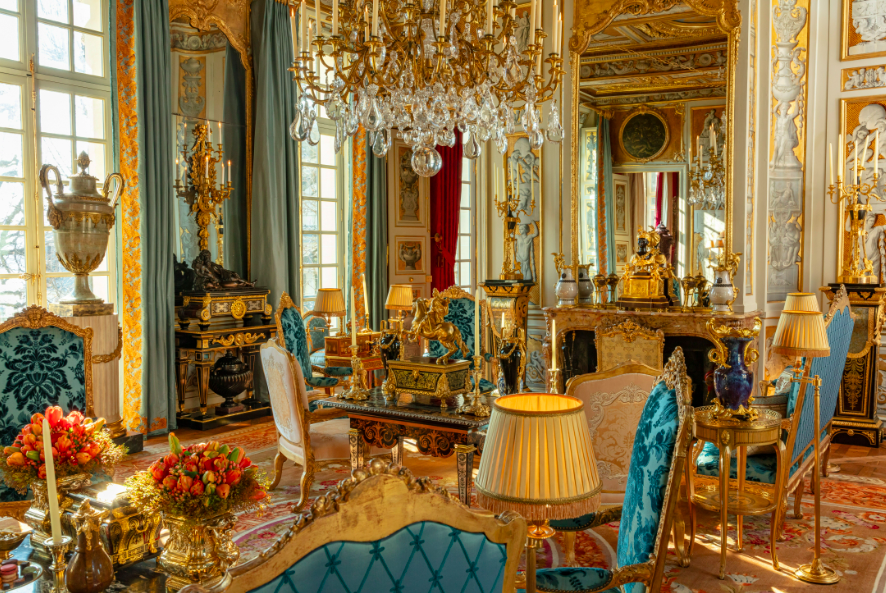 The sale of art treasures at the recent Hotel Lambert auction has broken sales records.

We examine the story behind this spectacular sale of extraordinary art, with links to Marie Antoinette, Coco Chanel, and Catherine the Great.

The final hammer went down this October at the Paris Hotel Lambert Al Thani auction.

Obviously, this was no ordinary house sale of furniture and paintings, but something never seen before.

History of the Hotel Lambert

It’s not just the contents of the Hotel Lambert that are breaking records. The sale of the house itself also made the news, something we reported in this blog at the time.

That broke the ceiling for a private property sale in Paris. The previous record was the Hotel de Soyecourt, which sold for €100 million back in 2011.

The new owner of the Hotel Lambert is Xavier Niel, a French billionaire.

He purchased just the real estate – the contents were separately appraised by iconic auctioneers Sotheby’s and sold at the Paris Hotel Lambert Al Thani auction.

And the royal connection is evident in many of the pieces.

Just some of the treasures include gilt and blue-patina candelabras commissioned by Marie Antoinette, a carved giltwood canapé à chassis (couch) attributed to Louis XV, once owned by the Duke and Duchess of Windsor.

Another item is the Vision de Naples screen, made up of 11 panels by Jose Maria Sert. Bought by Chanel in 1925 for her 29, rue du Faubourg Saint Honoré hôtel particulier (private mansion), it depicts the Bay of Naples in black and gilt.

Others include giltwood armchairs built by Thomas Chippendale, and a pair of gilt candelabra once owned by Madame de Pompadour, the mistress of King Louis XV.

Some of these items are virtually unseen to the public – only the elite visitors to the Hotel Lambert over the years.

For this reason, Sotheby’s recreated the interiors of the house at their London auction house, and exhibited them to visitors and prospective buyers.

This helped fuel the fire and ignited more interest in the sale.