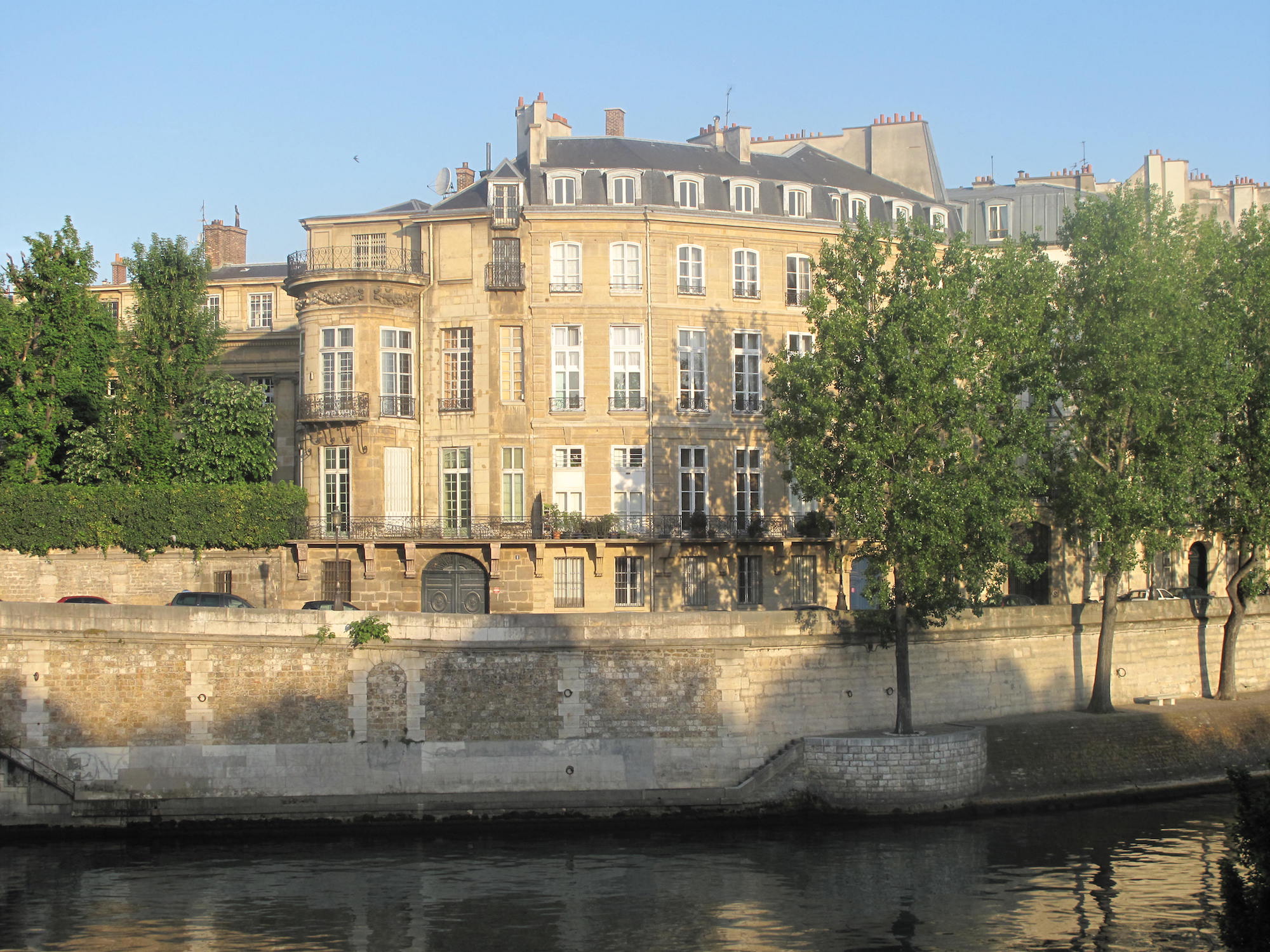 A new €200 million Paris mansion sale is breaking records. Reports suggest it’s the most expensive private sale in the history of our city.

Now owned by telecoms billionaire Xavier Niel, Hôtel Lambert is one of the most famous townhouse mansions in Paris, with an interesting and controversial past.

We take a look at the story behind this exceptional real estate deal.

Hôtel Lambert is set on the Île Saint-Louis, one of two natural islands in the Seine.

This is the 4th arrondissement (district) of Paris, a cultural hotspot that’s home to a mix of old buildings and major landmarks. They include the Notre-Dame cathedral on the adjacent Ile de la Cité.

Built between 1640 and 1644, the mansion is one of the finest examples of 17th-century domestic architecture in all of France. Louis Le Vau designed the house. The architect for King Louis XIV, he also created the Palace of Versailles.

For the next 200 years, the house attracted a roll call of famous names.

Writer and philosopher Voltaire moved in with his mistress. Frédéric Chopin composed there. While other former residents and guests include George Sand, Honoré de Balzac, Franz Liszt, and Eugène Delacroix.

In the early 1900s, the large property was discreetly divided into luxury apartments. Resident Baron Alexis de Redé’s legendary Oriental Ball for 400 guests in 1969 was chronicled as one of the most remarkable of the 20th century.

De Redé entertained everyone from the Windsors and Jean Cocteau to Audrey Hepburn and Marie Hélène de Rothschild.

In 1975, de Rothschild and her husband Guy bought the entire place for themselves, and continued the tradition of hosting parties for the international glitterati. Guests included Elizabeth Taylor, Yves St. Laurent, French president Jacques Chirac and a host of royals.

Changes and controversies in the 21st century

By the turn of the new century, Hôtel Lambert began a new chapter.

In 2007 it sold to the brother of the Emir of Qatar, Prince Abdullah ﻿bin Khalifa al-Thani, placing its ownership in the country’s royal family. Reports at the time suggested the price for this sale was around the €80 million mark ($111 million).

Soon, the new owners announced several – very modern – updates they wanted to make. The plans included installing air conditioning throughout, elevators, and a large underground car park, which would require digging under the garden and raising the old property walls.

This was nothing but controversial. French heritage architect Jean-François Cabestan warned the overzealous plans would produce a monstrosity with “the aesthetics of a James Bond villa.”

After 8,000 signatures on a petition and court battles involving the Historic Paris association and City Hall, very little of the modern updates went ahead.

However, Prince Abdullah still spent a further €200 million on renovations and upkeep, according to reports.

A devastating fire in summer 2013

The Hôtel Lambert retained many fine examples of art and history within its walls.

This includes frescoes painted by leading French artists such as Charles Le Brun, whose most famous creation is probably the Hall of Mirrors at Versailles.

But during renovation work, a fire began in the roof of the mansion, starting around midnight on a balmy summer evening in 2013. It ripped through the 350-year-old building.

140 firefighters and 50 fire engines tackled the blaze for over six hours to contain the flames, while neighbors evacuated their homes.

Unfortunately, some of the irreplaceable artworks were completely destroyed in the fire, lost forever to time. This includes the ceiling frescoes by Eustache Le Sueur, while more paintings by Charles Le Brun in the Gallery of Hercules were heavily damaged by smoke and water.

The Qatari royal family invested more money to restore the ruined section of the house, redoing much of the work they had completed since buying the property.

But just nine years later, they privately listed the mansion on the market.

Completed in February 2022, the latest sale of the Hôtel Lambert is extraordinary.

Mr. Niel is a French billionaire, and already owns more than a dozen prestigious properties in Paris. He is not planning to live in the 43,000m² mansion. Instead, he plans to turn it into a ‘cultural foundation.’ As a well-known art collector, this isn’t a surprise.

It’s set to be another of the businessman’s varied projects. He founded France's first internet provider WorldNet back in 1993, at age 25. His business portfolio now includes more than 70% of publicly-traded Iliad, the parent company of his telecom business Free. He also owns Monaco Telecom and Orange Switzerland, among others.

The last time a private property sold for a staggering sum was back in 2011, when the Hotel de Soyecourt sold for €100 million.

With a new owner and a new purpose, it’s another chapter in the history of this iconic Paris property.

We will update on any further developments in this blog.

Has this €200 million Paris mansion sale grabbed your interest?

Or if you have any questions about the local property market and want to speak to an expert realtor, don’t hesitate to get in touch with the team at 56Paris.