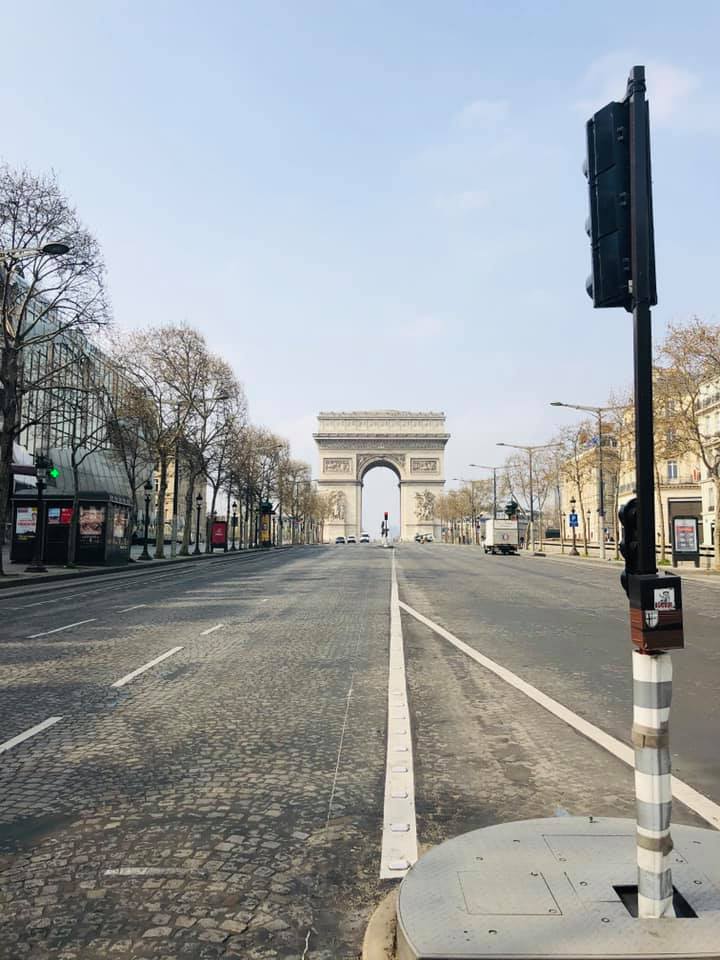 News of Paris' Champs-Élysées transformation is surprising many with its bold plans to revolutionize our capital’s most famous avenue.

The project aims to reduce traffic along the boulevard, as well as planting trees and gardens.

We examine the history of the renovation, and its potential impact on the city.

The world’s most beautiful avenue

There’s no denying that the Champs-Élysées is a striking part of Paris.

Two kilometers long, the chestnut tree-lined thoroughfare connects the Place de la Concorde to the place de l’Etoile, with its Arc de Triomphe. The latter is one of the most photographed monuments in Paris (after the Eiffel Tower of course).

Commissioned by Napoleon in 1806, the Arc de Triomphe opened 30 years later by King Louis-Philippe. Ever since, it has towered 50 meters over the place de l’Etoile, also known as the Place de Charles de Gaulle.

The most iconic building in the sightline of the grand avenue, it’s soon to have its surroundings changed forever.

The history behind the plans

The idea to revamp the Champs-Élysées is both an environmental and an economic one.

For decades, this area has grown more and more commercial. It’s a hotspot packed with stores and restaurants, but often crowded and congested. It’s popular, although mostly with tourists, less so with local Parisians.

The Champs-Élysées Committee, which has lobbied local government to renovate the stretch of road for years, is finally getting its way.

They are essentially a retail association, and their plan is to “re-enchant the Champs-Elysées.”

Greenery in, cars out

The transformation is being led by architectural firm PCA-Stream. It builds on their 2019 study on the area, in which 100,000 residents replied via the social website Make.org.

The result is a design promising to reduce the number of car lanes from four to two. Effectively, this means a 50% reduction in automobile traffic along the strip.

Next, pedestrian walkways are being added, while ‘tree tunnels’ planted along the avenue will join up some of the existing gardens into larger ones. Benches and water fountains will add to the park-like feel.

It’s just part of an extensive planting scheme, that will add lawns and bushes too. These will improve air quality, and turn much of the street green, quite literally.

So how long will this ambitious project take?

“We are going to redo the Place de la Concorde before the Games, then the entire avenue afterwards… It will be another extraordinary garden for Paris.” Those are the words of Anne Hidalgo, the Mayor of Paris.

The Mayor is referring to the 2024 Paris Summer Olympic Games, which means the first part of the transformation is due within the next two years.

After completing the Place de la Concorde, phase two will begin. A completion date of 2030 is in place.

This is also the target year Paris is aiming to become a truly sustainable city, and the greenest city in Europe, another of Hidalgo’s pledges.

We will continue to report on the makeover as it progresses.

Real estate close to the Champs-Élysées

The Paris' Champs-Élysées transformation is another step in the ‘greening’ of Paris. We expect this environmentally-conscious development to have a positive impact on real estate in the surrounding area.

This builds on the growth the area has seen in recent years. Something we previously discussed in this blog.

Get in touch with 56Paris

Whatever your real estate needs in the French capital, we have a team of experts on hand to offer free advice. Why not get in touch today?