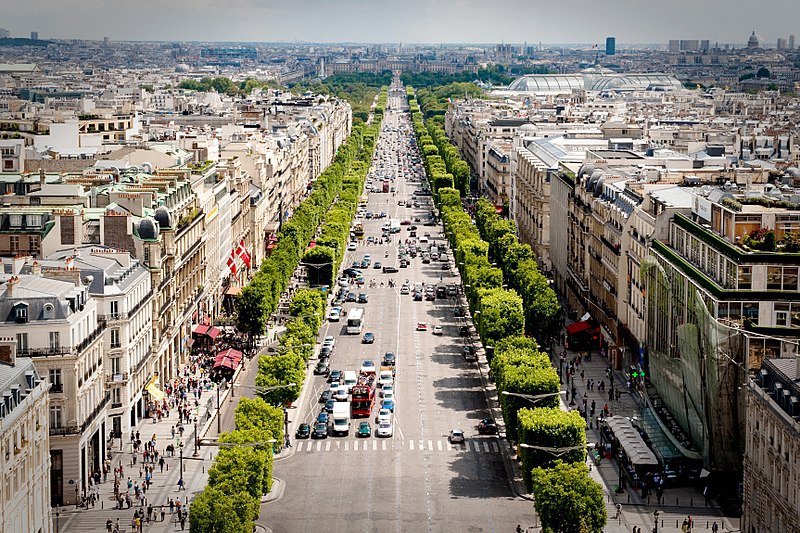 We recently reported in this blog that the Champs-Elysées is undergoing a major transformation.

Known as the ‘retail revival,’ many of the world’s top brands are opening new stores along the avenue and the Champs-Elysées continues to deliver growth.

Now, just halfway into 2018, the avenue’s real estate growth is also increasing. It’s a trend that is nothing but good news for investors.

Property rents on the rise

The Champs-Elysées already ranks in the Top 5 priciest retail streets anywhere in the world.

But what’s surprising is just how rapidly the district is growing for real estate investors. Rental rates are now exceeding an average of 15k€/m². Commercial property is selling for 100k€/m². With an average annual turnover of 100k€ for businesses on the avenue, it’s not surprising.

The number of world-class brands making their home along the Champs-Elysées is a clear sign that the area will continue to grow for the foreseeable future.

French hotel chain Sofitel has announced the opening of a luxury hotel here in 2022. Their plans have created a buzz thanks to a real first for Paris: an infinity pool offering views of the Eiffel Tower and the Arc de Triomphe.

Global sports brand Nike is also moving in. Set in a landmark art deco building, their store will be their largest in Europe, and has an annual rent of 14mil€ to match.

Meanwhile, Apple, the US-based technology giant, is also slated to open their European flagship store this December. It will also be their French headquarters and shows real confidence in the Champs-Elysées as an epicenter of retail in France. With a rumored annual rent of 12mil€, they mean business.

Other new developments on the Champs-Elysées include a new office space for WeWork. Known as the world’s largest co-working brand, their innovative new development is set to open this month. Here you will find some of the most expensive office rentals in Paris at over 800€/m².

Meanwhile, the controversial Etoile Tunnel is also being overhauled. This is by an exciting public competition Called Reinventing Paris 2. It’s described as “a call for innovative urban development projects to transform Paris’s underground and reveal its full potential.” The results will be announced in October, and are set to revive the unused space which has been closed since 2015.

Also getting the makeover treatment along the avenue includes the fountains at the Rond-Point. Thanks to renowned artists the Bouroullec brothers, they’re being restored and decorated with works of contemporary art.

New bike paths are also planned for 2019. The iconic Grand Palais is also set to be fully renovated by 2024 thanks to a partnership with fashion house Chanel.

Big changes don’t come without their delays, however. Like the much-lauded opening of Galeries Lafayette. Their ‘lifestyle concept store’ was set to open this Fall with an annual rent of 11mil€, but has now been pushed back to March 2019.

Your own real estate needs

Whatever your real estate needs in the city, we have a team of experts on hand to offer free advice. Why not get in touch today?