Your Spotlight on Trends in Paris Property Prices, Across the 20 Arrondissements

Your Spotlight on Trends in Paris Property Prices, Across the 20 Arrondissements 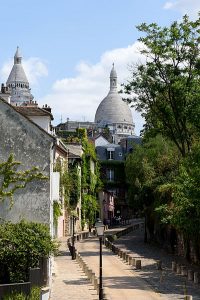 Paris property prices vary among its 20 arrondissements (districts), each with its distinctive ambiance and assets. These areas are arranged in a spiral shape whose core begins in Paris’ historical center and works outwards to the newer parts of the city.

Buying activity varies across the city as well. French weekly newspaper, L’Express, recently published its annual insight into property prices in the French capital, after surveying realtors in every arrondissement to assess overall market trends, and we summarise its results here:

This is the hub of Paris and home to the Louvre, the Tuileries and Les Halles shopping center, as well as the iconic shopping street, the Rue St Honoré. Here, despite the beautiful arcades and high-luxe stores, the market is slow, but with properties going for €11,000 to €12,000 per m2 but exceptional properties going for significantly more. Imperfect apartments are not winning buyers however who are proving to be selective. Around Les Halles, the Notaires report that prices have dropped by 5.4% to €9,070 per m2.

Home to the Palais de la Bourse, the former stock exchange, this is one of the smallest arrondissements, full of cafés and shopping outlets, and home to the textile industries of the Sentier neighborhood. Here, buyers are still happy to pay €10,000 and above per m2, especially around the pedestrianized Rue Montorgueil which is popular for its colourful cafés, flower shops and foodie stores, but less desirable properties in the Sentier have lost ground and few are prepared to pay more than €8,000 per m2.

Le Marais area lays claim to great food and flea markets and is characterized by 17th and 18th-century period buildings. It has won special appeal with buyers of late since the opening this Spring of La Maison Plisson, a fashionable cafe-restaurant-grocery store that has become something of a gastronomic institution. Prices here start at around €9,000 per m2.

Prices in the 4th Arrondissement: Less In Favor

This is the oldest part of the city, home to Notre Dame and Place des Vosges. For overseas buyers, this remains one of the most expensive and popular quartiers in which to buy, but larger apartments are selling slowly here, despite prices having slid to an average of €9,000 to €11,000 per m2.

Prices in the 5th and 6th Arrondissements: Desirably In Demand

Home to the Sorbonne University, the 5th has the lively Latin Quarter, full of old-world charm, flocked to by young people. It is also the location of the Jardin de Plantes and the Luxembourg Gardens. Still very desirable, with prices at €12,000 per m2, properties with faults such as no elevator are selling slowly.

The 6th is home to the atmospheric Saint-Germain-des-Prés quartier, Place Saint Supplice and also the picturesque 23-hectare Luxembourg Gardens (which stretch across both arrondissements). With its charm of well-preserved 17th and 18th-century architecture and its literary links to Sartre and de Beauvoir, the 6th remains popular with international buyers but few properties become available for sale. When they do, the price range is €10,000 to €15,000 per m2,

These fashionable areas on the west of the city are still very popular with buyers, with larger apartments, particularly, proving best value, due to falling prices.

Even in the classically upper-class 7th, boasting the Eiffel Tower, Hôtel des Invalides and the Musée D’Orsay, and perhaps the most iconic of all of Paris’ districts, prices have dropped. Around the Hôtel des Invalides, they have decreased by 8.8%, notably for apartments with faults. Nonetheless, the area still has huge appeal for foreign buyers, with a 70m2 penthouse, near Bon Marché, Paris’ oldest, stylish department store, selling recently for €20,000 per m2.

In the elegant 8th, home to Place de la Concorde, the Champs-Élysées, the Arc de Triomphe and the Palais de l’Élysée, the area’s classically beautiful Hausmannian apartments with their parquet floors, moldings, old fireplaces and high ceilings retain great appeal but prices have dropped here too, averaging €9,000 to €12,000 per m2. Around the Golden Triangle, the area where luxury fashion brands congregate on three of the city’s most famous shopping streets – the Champs Elysées, Avenue Montaigne and Avenue George V – prices are often in the €25,000 per m2 range.

The affluent 16th has also seen a price fall, but appears to have stabilized around €10,000 per m2 around La Muette and around €9,000 per m2 in the calm and select Auteuil neighborhood. Vast properties, over 300m2, are selling more slowly and at reduced prices.

As for the 17th, prices vary greatly according to the area. In the southern area near the Place de l’Etoile and Parc Monceau, prices remain good value and have dipped far less than those in the northern half, which is home to the Batignolles area, where prices have also slid as much as 10%, depending on the state of the property.

Prices in the 9th and 10th Arrondissements: Lots To Interest Buyers

In the 9th, with elegant apartments around the Saint-Georges quartier going for €9,000 to €9,800 per m2, the area continues the gentrification process. Nonetheless, buyers are successfully offering considerably less than the asking price for imperfect properties and larger apartments. Pigalle offers less expensive choices – the reason why it is attractive to young buyers and artistic types.

The 10th, targeted by young professionals and those families unable to pay the higher prices of Le Marais, has also seen a significant price drop since 2014. It now offers average prices of €8,000 per m2. Cheaper prices are available around the Gare du Nord, especially for bigger properties.

Prices in the 11th and 12th Arrondissements: Potential for Growth Investment

These two areas to the east of the city attract young people and families and have seen price drops for both smaller and larger apartments. The developing neighborhood around la République is said to hold potential for investment buyers, with prices of €9,000 per m2.

Cheaper, and calmer and greener, the 12th, is particularly appealing to families, with prices at €8,500 per m2.

Prices in the 13th, 14th and 15th Arrondissements: A Buyer’s Market

A more residential area of Paris and attractive to families and young couples, these southern districts have also seen prices fall, but with big variations. The most popular areas in the 13th are Tolbiac and des Gobelins. Families also frequent the quiet district of the 14th, notably the Denfert Rochereau, with its Rue Daguerre. The residential 15th is a draw for well-off families thanks to its good schools and facilities, and its attractions mean that prices here have only dropped by up to 3%. It remains a buyer’s market however and prices average out in the desirable northern areas, which border the 5th, 6th and 7th, at €10,000 per m2.

Prices in the 18th, 19th and 20th Arrondissements: Culture and Regeneration

North-East Paris, the poorest area of the capital, has undergone huge changes in recent years, thanks to urban regeneration, new trendy bars and restaurants, and cultural start-ups.

The property market here has taken off of late, attracting young and adventurous family types, with prices varying wildly depending on quality and location, from €7,500 for an average apartment to €11,000 per m2 for high-quality property. The area around Jules-Joffrin is seen as very desirable.

The 18th is home to Montmartre and its desirable Lamarck-Caulain Court and Avenue Junot and is a pocket of high-end properties, with prices up to €15,000 per m2.

In the 19th, where the prestigious cultural institution, the Philharmonie de Paris, chose to open its doors in January, property is going for €6,000 to €7,000 per m2 and is attracting first-time buyers. Meanwhile the extremely diverse and cultural area of the 20th is becoming more popular with first-time buyers too.

L’Express concludes that following price adjustments across arrondissements (over the last four years), the Paris property market is now settling. It states: “With today’s lowered prices, sellers are more realistic and buyers are back. There are good buys to be had, in every quartier.”

For further detail on property price and buying potential in Paris, you can contact 56Paris Real Estate here.