Winner of the Reinventing Paris Competition 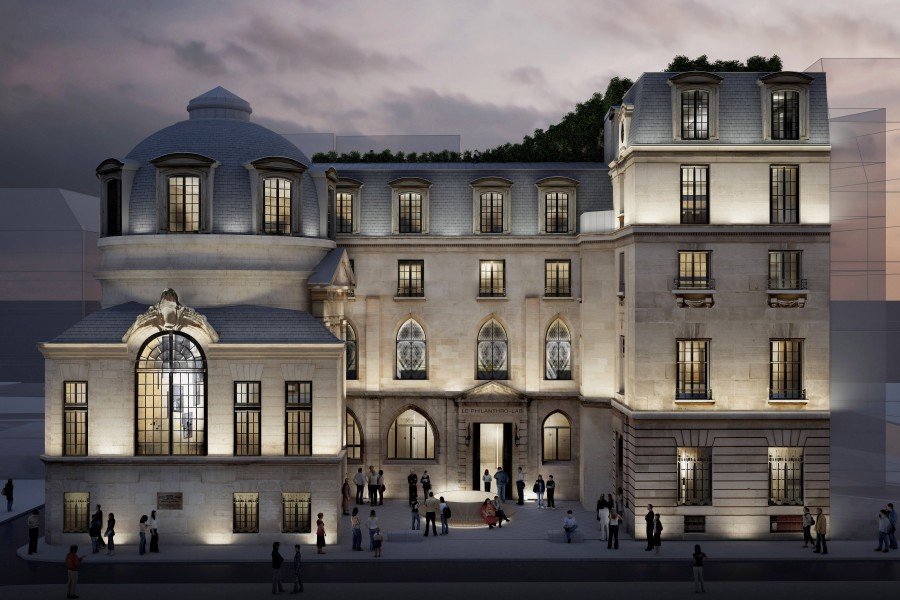 A magnificent 15th-century listed mansion in central Paris will be transformed into a ‘Philanthro-Lab’ (Philanthropy Incubator) after being chosen as a winner of the Reinventing Paris competition.

The building, classified as a Historic Monument, will become an ideas factory and co-worker space for philanthropist initiatives. Its space will bring together financial patrons and charitable organizations.

It will be used to provide office facilities for experts in charity finance, law and marketing; as a meeting place for philanthropy players, and for fundraising concerts and exhibitions.

The vast Hôtel de la Bûcherie is in the Latin quarter of Paris’ 5th arrondissement (district). Built in 1481 as the city’s first faculty of medicine, it includes a chapel and a huge high-domed meeting room, in which the world-famous anatomist Jacob Winslow (1669-1760) once taught young Parisian medical students. Maybe a bit more about its history since then?

Situated just a short walk from Notre Dame Cathedral, between the Boulevard Saint-Germain and the Seine, it offers nearly 2000m2 of exceptional space.

Challenge for Winner of the Reinventing Paris Competition

The challenge for the winning French architectural team of Perrot & Richard has been to innovate and modernize the building, while respecting heritage requirements. They say they will do this by carefully melding new building materials with the original.

The project is one of 23 selected as winners announced earlier this year of the Reinventer Paris (Reinventing Paris) competition. This invited international architects to come up with environmentally-friendly urban designs to transform sites such as public spaces and unloved tower blocks.

The places to be ‘reinvented’ included everything from historic buildings to old-fashioned office blocks to a neglected housing estate to numerous vacant lots, as well as two sites which bridged the Périphérique, the 1960s ring road which circles the city’s 20 arrondissements (districts).

“A city like Paris must be able to reinvent itself at every moment to meet the many challenges facing it,” said Anne Hidalgo, Mayor of Paris. “Particularly in terms of housing and everything relating to density, desegregation, energy and resilience. It’s important in today’s world to find new collective ways of working that will give shape to the future metropolis.”

The Hôtel de la Bûcherie was the oldest site put forward for reinvention by the Municipality of Paris. It seems fitting that the rich architectural heritage of this landmark building is to be preserved for posterity. Better still that having once educated generations of French doctors and surgeons, it will now be used to help new generations of French citizens through philanthropy.

We at 56Paris applaud this as another example of Paris’ commitment to preserving its cultural and architectural history while simultaneously adapting buildings to modern usage. Look out for more news about Parisian architecture in our newsletter.