Where to Buy the Best French Cheese in Paris

Where to Buy the Best French Cheese in Paris 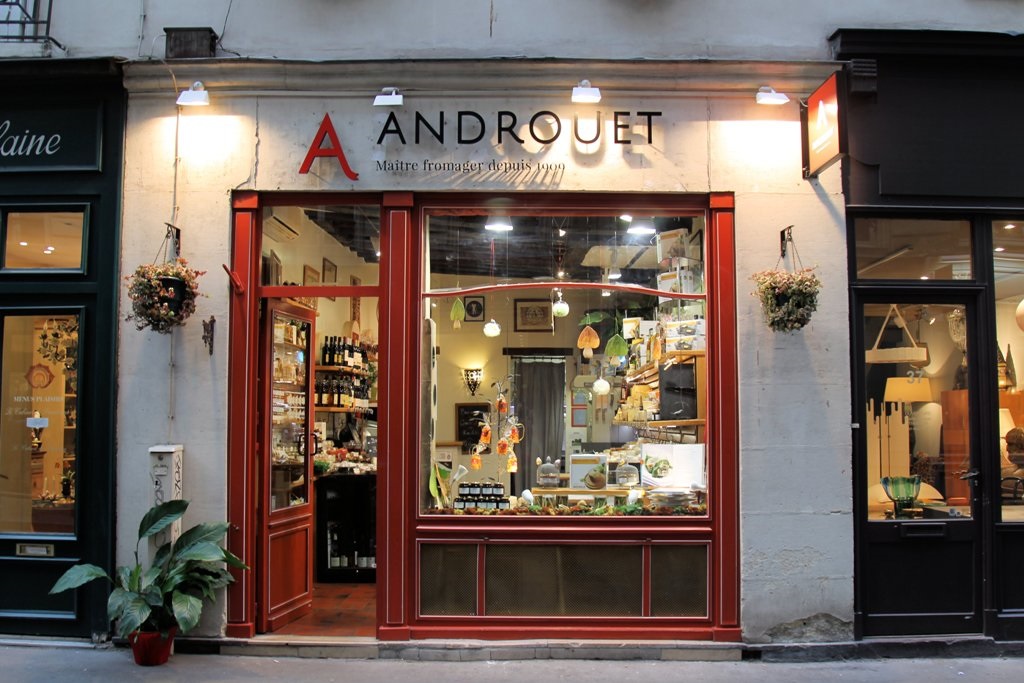 Ever wondered where to buy the best French cheese in Paris? Take it from us. Androuet, a speciality cheese shop just down the block from 56Paris Real Estate, is where we always shop.

The rue de Verneuil in the 7th arrondissement (district) is renowned for its métiers de bouche (food trade businesses) and specialty food stores.

Chez Androuet, 27 Rue de Verneuil, is a delightful little cheese shop. The staff regard cheese with real reverence. As of course do Parisians in general. No nation has a passion for cheese quite like the French do.

No wonder – the choice of French cheeses is vast at this fromagerie. At Androuet, you’ll discover more cheeses in one place than you’ve ever seen in your life. You’ll find them of every shape, consistency and size. They offer everything from soft goat cheeses, to hard and strong sheep cheeses, to soft brie and blue cheese with thick veins.

Androuet is the place to buy the best French cheese in Paris precisely because it’s so good at what it does. That’s why across the last decade it has expanded its number of shops in Paris to nine. There are also Androuet speciality shops in London and in Stockholm.

Androuet’s cheesemaker Emmanuel Monnoyeur tells us the story. “In 1909, Henri Androuët had the idea of introducing cheeses from all over France to Parisians. They had no idea their country boasted such a rich cheese heritage. The following year, he opened a dairy in the Rue d’Amsterdam. The House of Androuet was born.

“After the turmoil of World War I, Henri Androuët developed his business, continuing to mature and refine the cheeses available on the market. He travelled to producers to get them, crossing all of France at a time when country roads were still only rough tracks. He developed an extensive and unrivalled knowledge of the cheeses of France, the places where they were made, and the people who made them.

“In the mid-1920s, the reputation of the House of Androuet – which then offered more than 100 cheeses – was such that Henri opened a tasting cellar, which became a gathering place for cheese lovers.”

Most cheeses sold in big French supermarkets are industrially processed, pasteurized milk cheeses. These are quite different from those crafted by the real artisanal cheese industry in France.

Under Androuet’s chairman, Stéphane Blohorn, the firm celebrated its 100th birthday in 2009. It used the occasion to reassert its ‘DNA’: by boosting the diversity of their offering. You’ll now find over 300 cheeses on their shelves.

They remain devoted to protecting small producers and the handcrafted work which has been dear to them for more than a century.

Our very own local Androuet store opened in 1999 in the Carré des Antiquaires in the 7th arrondissement. “It’s a typical Parisian neighborhood. Beyond its galleries, it’s a village, in which small commerces de bouche endure. They have a good reputation and the neighborhood’s residents appreciate them,” says Emmanuel Monnoyeur.

“Our customers are mainly local residents and tourists. The lively daytime population of this neighborhood comes in quite often at lunchtime to enjoy what we offer. But I’d say that our typical clients are mostly gourmet food lovers. The Rue de Verneuil is right near the Rue du Bac, where there are a lot of food stores, and it continues that tradition.”

So that’s our advice on buying the best cheese in Paris. When you visit Androuet, why not drop into our office at 56 Rue de Verneuil too to learn more about buying a home in Paris?