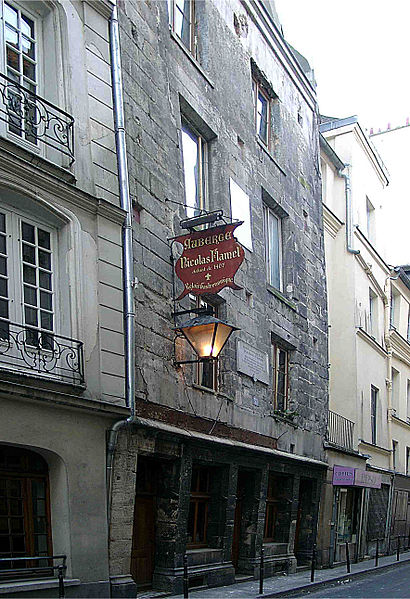 Come with us on a unique tour of the City of Light as we lead you back through the centuries and around the top 10 historical gems of hidden Paris architecture.

Most of the Paris you see today is the result of its 19th-century remodeling by Baron Georges-Eugene Hausmann.

Hausmann’s renovation of the capital was a vast public works program commissioned by Emperor Napoléon III. It was carried out between 1853 and 1870 to rid the city of its crowded medieval neighborhoods.

His work was transformative. You only have to compare the spacious cityscape today with the narrow, convoluted passageways of the Marais district, one of the few parts of the city less affected by Haussmann’s plans.

It was Haussman who was responsible for the building of the city’s grand wide boulevards, parks and squares, the annexation of the suburbs surrounding Paris, and the construction of new sewers, fountains and aqueducts. He was also the architect of the vast and elegant apartment buildings that make Paris so distinctive even now.

Prime real estate today, these handsome edifices, with their period apartments, remain in strong demand from both French and overseas buyers.

Nonetheless, despite Hausmann’s overriding influence on the city, historical gems of hidden Paris architecture do still remain. You just have to know where to look. Here are the 10 oldest buildings in Paris.

If you are a Harry Potter fan, and the name Nicolas Flamel sounds familiar, that will be because the man himself, a scribe and legendary alchemist, features throughout the bestselling book series as the creator of the Philosopher’s Stone.

The real Flamel was reputed to be able to transform lead into gold. In fact, his skills were in such demand that an archive letter written by the Minister of Economy of the day still exists. It asks Mr Flamel to please share his knowledge and help boost the national coffers with gold. There is no record of the alchemist’s response!

He and his wife Pernelle lived in this house and left the building to the City of Paris, as a dormitory for the poor. Those in need were allowed to sleep in upstairs rooms on the condition that they recite prayers twice daily. There is a carved sign on the exterior which reads Ici l’on boit et l’on mange (here we eat and we drink).

2. Medieval Buildings Among the Modern

The Rue François Miron is also one of the oldest streets of Paris. It was originally a section of the Roman road linking Lutetia, the forerunner of present-day Paris, to the city of Melun in the east.

They were built in the 14th century, with the upper stories being built during the 16th century, so really only their ground floors qualify them to count among the oldest houses in Paris.

Former building regulation enforced in Paris meant that their timber-framed facades were originally covered with plaster to reduce fire risks.

This plaster was removed however during restoration work carried out in 1967 when André Malraux, the then Minister of Culture, made the Marais a secteur protégé (protected area).

3. An Architectural Gem with a Secret Passage

3. An Architectural Gem with a Secret Passage

Hôtel de Sully (1642): With its gorgeous courtyard and its manicured garden, the Hôtel de Béthune-Sully is one of the most beautiful private mansions in Paris and a fine example of the architecture of Louis XIII.

The building is an example of early Parisian Baroque style and inspired by Flemish architecture.

You’ll find it in the heart of the Marais. It was home to Maximilien de Béthune, Duke of Sully, a minister of French king Henry IV.

Since 1967, the mansion has been the headquarters of the French National Monuments Center. It has a beautifully laid out garden. Reach this little gem through the arch at the south west corner of Place des Vosges: there’s a ‘secret’ passage here known only to locals through the orangerie.

Number 3, rue Volta (1644): It was only in 1979 that historians discovered that an unusual half-timbered house in the Marais quarter was not, as they had thought, built in the 1300s and the oldest house in Paris.

Archivists came across ancient documents proving that the house dated from 1644 and that it was in fact a copy of a medieval house. It turned out it had been built for a wealthy Parisian who had a passion for this style of architecture.

The house, with its timber beams, is one of the most picturesque in Paris. It is listed as a historical monument. Nonetheless the ground floor today houses a Chinese eatery from inside which you can admire its diminutive proportions.

5. The Mark of Molière

L’Hôtel de Lully (1670): This elegant townhouse, with its stone façade, is to be found on the angle of two streets in the first arrondissement. It belonged to Lully, the favorite violinist and composer of Louis XIV.

It is said, however, that the building would not exist were it not for the intervention of the famous French playwright Molière. It was he who loaned the musician a vast sum of money to allow him to buy the plot.

Lully remained forever grateful however. If you look carefully at the façade above the impressive cornices that face onto the Rue Saint-Anne, you can see Molière’s face staring down from one of the sculptures.

Today, the building is home to the German Center for the History of Art.

6. The City's Most Charming Museum

Manoir de Rosimond (1680): This lovely pale building, with its old-style wooden shutters, is Montmartre’s finest townhouse. It is believed to have belonged to Roze de Rosimond, an actor in Molière’s theatre company.

Entirely encircled by a lush garden, today it is home to the Montmartre Museum [www.museedemontmartre.fr] and presents history of the Montmartre area from its 12th century convent days to the present.

7. In the Footsteps of Mozart

L’Hôtel de Castries (1696): Another stunning town mansion, this building is found at the heart of the Faubourg St Germain.

Today the French Ministry of Housing occupies its airy rooms but historical archives show that in 1778, Mozart made several visits here to give harp lessons to members of the aristocratic Castries family who owned it.

The hôtel was originally built at the end of the 17th century. Typical of residences of this time, it had a courtyard forming a perfect square and two wings projecting off a central body to form a U-shape.

Its elegant architecture is described in the French classic novel, le Rouge et le Noir (The Red and the Black, 1830), by Stendhal.

8. Fit for a President

An unmissable gem of a building, the Élysée Palace has been the official residence of the President of the French Republic ever since 1848. Dating back to the early 18th century, it contains the office of the President and the meeting place of the Council of Ministers.

It has no less than 365 rooms and magnificent gardens and it began life as a townhouse for a French Count, the Count of Évreux in 1722. Although it has undergone many modifications since, it remains a fine example of the French classical style.

At the time of his death in 1753, Évreux was the owner of one of the most widely admired houses in Paris. So it is no surprise that it was bought by King Louis XV as a residence for the Marquise de Pompadour, his mistress. Former French president Nicolas Sarkozy famously married Carla Bruni here.

9. Conspiracy and the French Revolution

L’Auberge du Soleil d’Or (1791): This unpresuming building, known as the Inn of the Golden Sun, in the 15th arrondissement may be surrounded by the city now but it was originally built as a country house for a rich Parisian.

It later became an inn whose trademark sign was the huge yellow sun on its façade. Its fame however lies in the French Revolution. It served in 1791 as the Royalist headquarters for the soldiers who plotted the Complot du Soleil d’Or (Conspiracy of the Golden Sun) and the overthrow of the Jacobins.

10. Ancient Egypt on the Streets of Paris

Number 2, Place du Caire (1828): Pharaonic sculptures in the form of the heads of ancient Egyptian kings are not what you might expect to see staring down at you from a building in the 18th arrondissement.

But this five-storey building, with its golden stone façade, has its roots in the Napoleonic invasion of Egypt in 1798. A military invasion that was ultimately a failure, Napoleon’s expedition was groundbreaking. It resulted in the discovery of ancient Egypt and the discovery of the tombs of Luxor and the Valley of the Kings.

This building, with its monumental heads, columns and frieze of hieroglyphics and Pharaoh in his chariot, celebrates this exciting find. Below it is the Passage du Caire, the longest shopping gallery in the city, an intriguing place to wander that was designed to resemble an Egyptian souk.