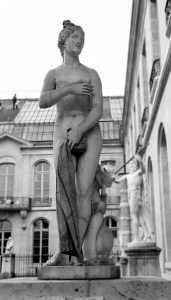 In 2014, the French government authorized départements (counties; Paris counts as one) to increase their share of stamp duty on property sales from 3.8% to 4.5% between March 1st 2014 and February 29th 2016.

In December 2014, the French parliament voted to make the temporary increase permanent in the 2015 Finance Law. Counties that voted the increase can now continue to apply it beyond February 29th 2016.

Commentators believe that it is unlikely that the City of Paris will change its mind and apply the increase, which remains voluntary.

Average real estate prices in Paris are between 1.5 and 6 times higher than in the provincial counties. This means that Paris already receives a much higher proportion of its budget from stamp duty than other counties.

In addition, the City of Paris has drawn up its 2015 budget on the basis of maintaining its share of stamp duty at 3.8%.

These factors lead property analysts to consider that an increase in stamp duty in Paris is not on the cards in the short term. This is good news for buyers, for whom a stamp duty hike would add more than €7,000 to an apartment priced at €1 million.

We’ll keep you posted on any developments to this story.