The Most Sought After Neighborhoods in Paris for Office Premises

The Most Sought After Neighborhoods in Paris for Office Premises 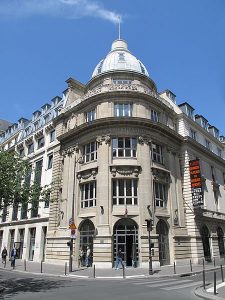 Recent research based on an extensive database has identified the five top locations in Paris for office property.

The Etoile/Champs-Elysées neighborhood is the most sought after. The so-called Golden Triangle, bordered by the Avenue des Champs-Elysées, the Avenue Montaigne and the Avenue George V, maintains the top position in the central business district. Here, the office market commands rents of €380 to €530 per square meter per year.

Next in line is the neighborhood around the Saint-Lazare train station in the 9th arrondissement (district). The station is the second busiest in Europe, with 100 million passengers passing through every year. Being close to the station is considered a big advantage both by business owners and their employees. Rental values are between €390 and €490 euros.

The research also shows that the sectors around the Grands Boulevards and the Bastille are increasingly sought after by businesses.

The area between the Rue Cadet and the Rue du Faubourg Poissonière on the borders of the 9th and 10th arrondissements is 10 minutes away from the Gare Saint-Lazare. But rents here are 15 to 20% less than in the central business district, at between €265 and €400.

The Bastille area, on the boundary of the 11th and 12th arrondissements, is trendy and dynamic, attracting designers, architects and stylists. Rental values are €330 to €350.

Finally, the Sentier/Strasbourg Saint-Denis neighborhood in the heart of the 2nd arrondissement had traditionally been Paris’ garment district. It is increasingly favored by Internet businesses and nicknamed ‘Silicon Sentier.’ Rents here are between €240 and €450.