The Château Louis XIV at Louveciennes

The Château Louis XIV at Louveciennes 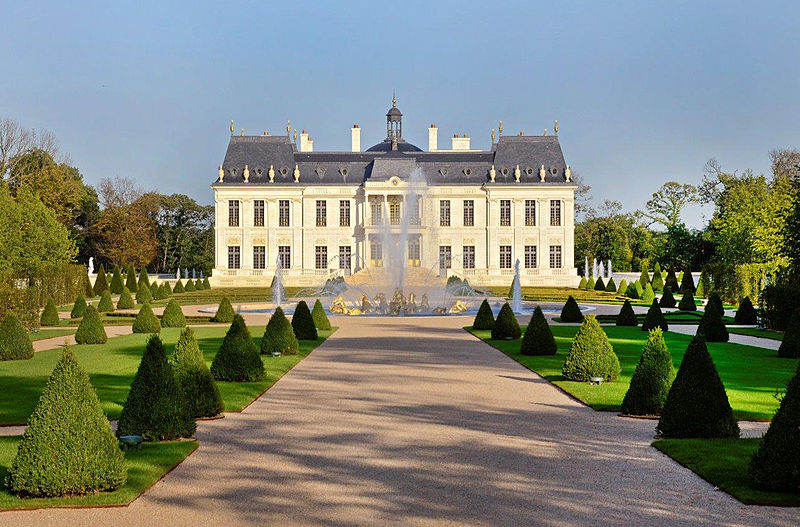 You could be forgiven for thinking that this magnificent château dates from the time of Louis XIV. In fact, it is an entirely new construction, completed in 2011.

The building was the brainchild of Emad Khashoggi, founder of property development company Cogemad. The Château Louis XIV was built on the site of the former Château du Camp at Louveciennes in the Yvelines département (county), 20 minutes from central Paris. It is located between the Palace at Versailles and Marly-le-Roi, where Louis XIV used to retreat from the bustle of the court.

Emad Khashoggi discovered the site in 2008, but the existing building was in poor condition and he had it demolished. His dream was to build a palace with all the comforts of 21st century living while using the techniques and materials of the 17th century. The château recreates the rules of proportion and principles of ornamentation of that period.

This ambitious project required close teamwork between craftsmen and technicians, using high quality, authentic materials. The showpieces include ceiling paintings created by master painters. They were inspired by Charles Le Brun’s frescos at the Château of Vaux-le-Vicomte, the inspiration for Versailles. The gold-leafed Apollo Fountain in the garden is a reproduction of a fountain at Versailles.

The moated property has a living area of 5,000 m2 (53,800 sq.ft.) and is surrounded by walled gardens and parkland of 23 hectares (57 acres). The gardens are laid out according to the theories of André Le Nôtre, the influential 17th century garden designer. The famous gardens at Versailles and Vaux-le-Vicomte are examples of his work.

In addition to 10 suites, several reception rooms and gourmet kitchens, the château boasts a movie theater and an extensive wine cellar. There is even an underwater room built into one of the moats

Who lives there? At the moment, the château is unoccupied.