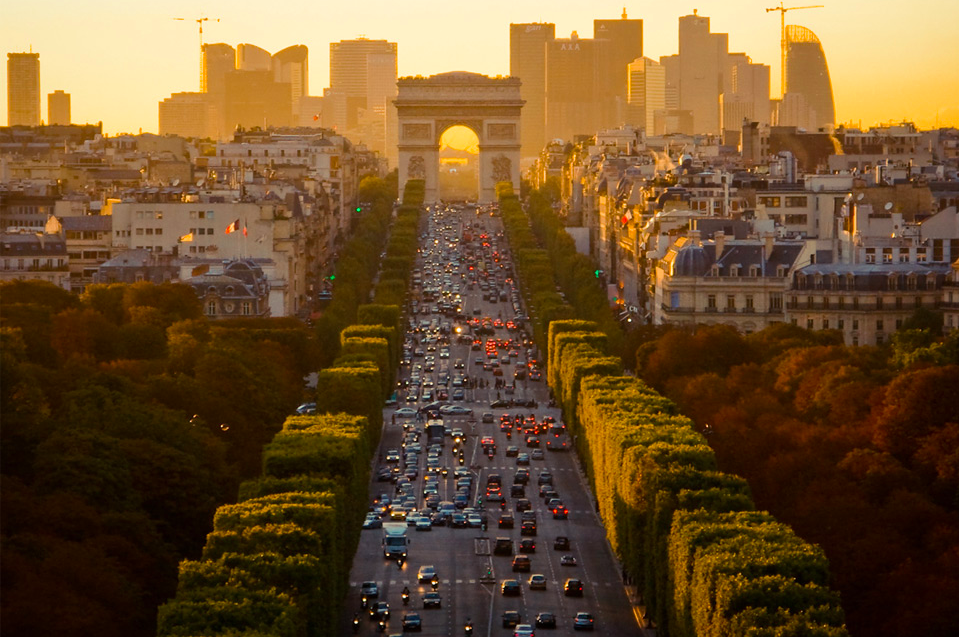 The Champs-Élysées retail revival is one of the most exciting city developments in Paris.

What is it about one of Europe’s most expensive retail streets that gives it such appeal?

In a word, it’s people. 100 million visit the Champs-Élysées every year. Understandably, retailers jostle for a presence on the avenue.

Once mainly high-end luxury brands, the past decades have seen more mainstream stores moving in. These include Abercrombie & Fitch, Banana Republic and Zara.

Fashion, perfumes, jewelry and even luxury cars can also be purchased in just a short stroll. Around half of all visitors are tourists, attracted by the avenue’s long-held reputation.

And there is more to come.

At the forefront of the Champs-Élysées retail revival are some of the most iconic businesses in the world.

Things really took off in 2014, when legendary jewelers Tiffany & Co opened a new store on the avenue. Hollywood elite such as Jessica Biel and Hilary Swank were in attendance.

Many brands are now following suit.

Long rumored to be opening on the Champs-Élysées, technology giant Apple is moving ahead with a 1900m² seven-story flagship store. It will be the company’s 20th location in France. The Champs-Élysées location will be one of its most prominent anywhere in the world.

Another development by Galeries Lafayette has also been unveiled. Opening in the fall, they will occupy a striking art deco building. It once housed the National City Bank of New York. This move is set to bring even more footfall to the Champs-Élysées.

Residential real estate on the avenue

The Champs-Élysées also has one of the most prestigious residential markets in Paris. It’s seeing robust growth too. In 2017 alone, housing prices in the area rose by a healthy 2.8%. The average price of residential real estate is now 13,060 €/m² net to seller.

Of course, premium properties demand even higher prices. Currently, a three-bedroom apartment with views of the Arc de Triomphe is on the market at 26,739€/m².

With the Champs-Élysées retail revival in full force, prices are expected to rise further.

Whatever your lifestyle or real estate needs in the city, we at 56Paris are on hand to share our knowledge. Don’t hesitate to contact us for advice.