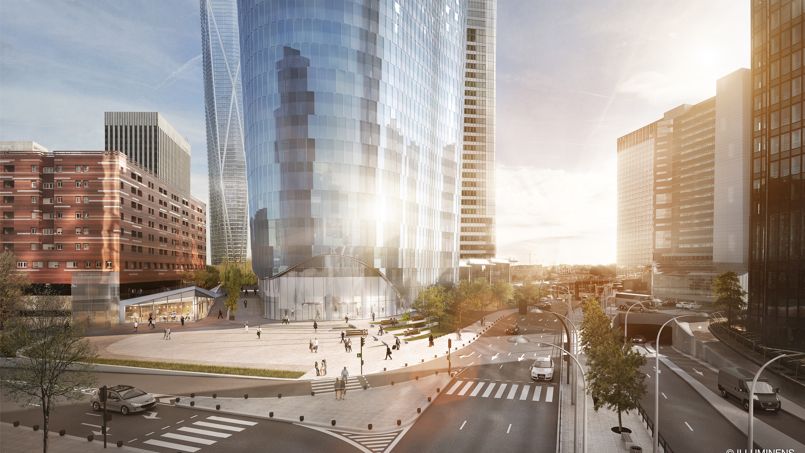 The dynamism and business potential of the French capital is the reason why sovereign wealth funds choose Paris real estate as the place to put their smart money.

The 150-meter tall flare-shaped skyscraper was designed by the French company, IF Architectes. It will stand out from neighboring towers due to a glass-scale facade and bold architectural design. The surface area of each floor will range from 700 m² at the foot of the tower to 1,500 m² at the top.

The development will replace the Les Saisons office building and will also include shops. It is to connect the Ancre neighborhood in the municipality of Courbevoie with La Defense itself.

Middle Eastern sovereign wealth funds have become big investors in both residential and commercial property in European cities, with Paris a favored choice.

European commercial property investment jumped by a quarter in 2015 to more than €238.5 billion, according to Knight Frank data.

Their activity is focused in a handful of top-tier global cities, with 53% of their total real estate investment in three cities: London, New York and Paris.

France is one of Europe’s three leading markets for real estate investment volume. Along with the UK and Germany, it accounts for more than two thirds of the total invested in Europe.

In France, sovereign wealth funds choose Paris and notably La Defense, the city’s premier business district, as it has the highest concentration of headquarters in Europe. It offers quick and direct access from Paris through excellent public transport links.

Paris continues to attract foreign investment interest from investors large and small from all over the world. The performance of commercial real estate is a reliable indicator of the health of a market. We at 56Paris are pleased to see that both the commercial and residential sectors in Paris continue to thrive.

Contact us to know more about investment opportunities in Paris real estate.