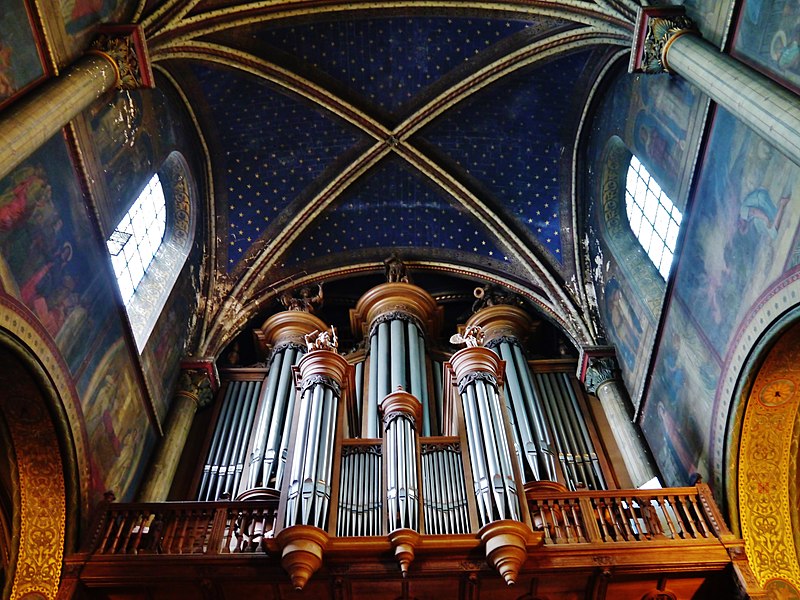 It’s at the halfway point. The Saint-Germain-des-Prés church renovation is now seeing the light at the end of the tunnel.

We take a look at the restoration work taking place at the oldest church in Paris.

Not only is it the crowning glory in one of Paris’ most beloved areas. The Eglise Saint Germain des Prés is also the oldest church in the capital, at 1450 years old.

Set in the heart of the Latin Quarter, it’s perhaps not as famous for tourists as the Sacré Cœur or Notre-Dame, this beautiful structure is still one of the city’s top attractions.

And you certainly don’t have to be religious to be moved by its scale and grandeur.

Begun in 2016, builders are now halfway through a major €5.7 million renovation.

The work has been carefully considered, thanks to the art and other important artifacts located within the building. This includes grand and impressive paintings by artists Jean-Hippolyte Flandrin and Alexandre-Dominique Denuelle.

All the frescoes, gild work and stained glass are being restored as part of the project, including the bright blue ceiling adorned with countless gold stars. Probably the abbey’s most distinctive feature.

It also houses the tomb of Rene Descartes, often called the ‘Father of Modern Philosophy,’ tucked into one of the side chapels.

Real estate in the area

Located within the historic 6th arrondissement (district) of Paris, the areas surrounding the Saint-Germain-des-Prés are sought-after for real estate.

The most expensive quarter of the city’s most expensive district, prices here average 16,250€ /m². Rental properties in the area are more accessible, like this light and airy fully renovated one bedroom.

As well as the abbey, you’ll also find the place St. Sulpice with its church, along with the Café de Flore, one of the city’s oldest coffeehouses. Just some of the many attractions of this chic district.

The area has also long been a mecca of culture, home to Monet, Renoir and Picasso as well as writers from Baudelaire to Oscar Wilde.

Your own Paris property

Are you thinking of moving to Paris? Or are you already living in the city, but thinking of relocating to a new property? Whatever your needs, we’re here to help.

For all aspects of living and working in the city, get in touch with the experts at 56Paris today.