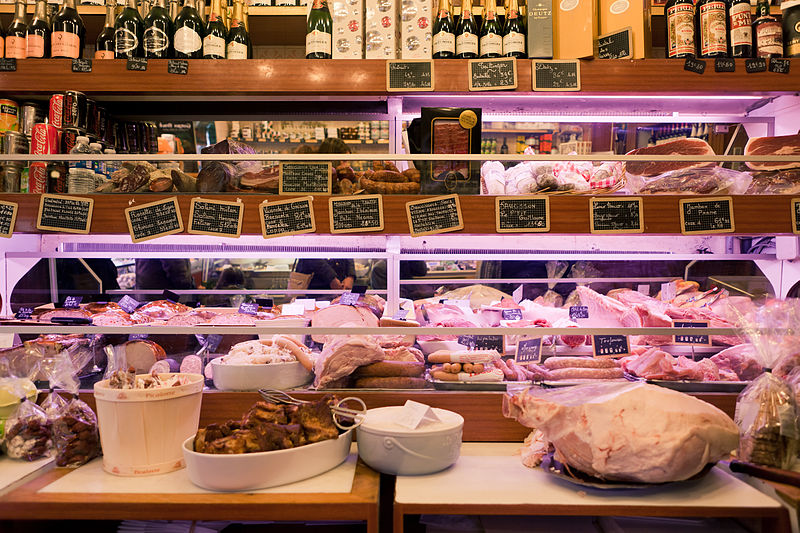 Set to open in 2024, Paris is getting a new Rungis City of Gastronomy.

Expanding on the current Rungis food market site, it’s the beginning of a brand new tourist attraction for the city.

Rungis International Market is the largest fresh food market in the world. Located in the southern suburbs of Paris, it’s the capital’s main source of fresh produce.

Its staggering variety of goods extends from meat, fish and dairy products to fresh vegetables and even plants and flowers.

For over a thousand years, Paris’s main market, Les Halles, was located in the heart of the city. But in 1969, it moved to its current location ten miles away. It has grown steadily since then, but soon it’s about to get even bigger. And better.

Although very much a commercial market for 13,000 Parisian workers every day, Rungis Market is also a busy tourist attraction.

It’s a fascinating place to watch the hive of activity as the traders, sort, buy, sell and package the fresh goods. Produce that finds its way to the city’s top restaurants and bistros within hours.

Capitalizing on this attraction, there are plans for a brand new €2bn gastronomic city. The idea is to expand next to the current market, introducing a new array of restaurants, food and kitchen shops, gardens, an exhibition and innovation center, along with a smaller, public-access food market.

Covering an area of 25 acres, it will become another fantastic foodie attraction for Paris, which already has a reputation as one of the world’s top cities for gastronomy.

To cope with the influx of tourists, a new development of hotels is also planned. This will shift focus to this part of the Paris region, still relatively underdeveloped.

Ahead of the 2024 Paris Olympics

The new project will open in time for the 2024 Summer Olympics. It’s the first time Paris has hosted the Olympics for a century, and the world’s gaze will be very much on the French capital.

Designed by architects Denis Huerre and F8 Architecture, a public-private partnership tender is now open for companies interested in building the development.

Anne Pétillot, director of the Gastronomy City Association, says: “Rungis and its neighbourhood will become the center of French culinary culture and the art of the table by becoming a place of discoveries, resources, training and applied research for professionals and the public.”

Your own Paris development

With the current growth in the Paris real estate market, there’s never been a better time to start thinking about your own property investment.

Whether it’s a property for development or your own Parisian apartment, don’t hesitate to contact the experts at 56Paris today for free advice.