Renovating a Paris Apartment From Abroad

Renovating a Paris Apartment From Abroad 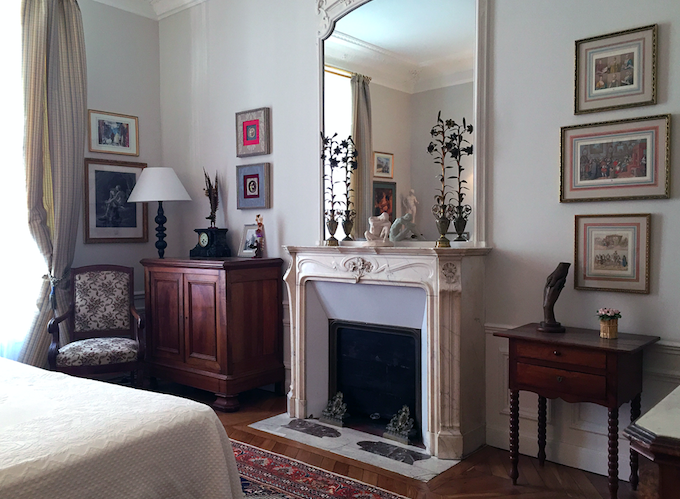 If you’re thinking of buying a home in the French capital, but it needs a makeover, how do you start renovating a Paris apartment from abroad to create the space you dream of?

It may sound daunting. But if you’ve found a property with potential in your favorite location, then remodeling a Paris apartment might just be the solution.

Pros and Cons of Deciding to Renovate Your Paris Apartment

The pluses? You’ll end up with a property that’s just as you would like it to be and you’re very likely to increase its value.

The minuses? Depending on the size of the project, you’ll need to understand French planning laws and French building methods. These can be different to elsewhere in the world. You’ll also have to source skilled builders and specialist tradesmen (artisans) you trust. Add to this, the building materials you’ll need.

At 56Paris Real Estate, we help our clients taking on Paris apartment renovation projects. We refer them to trusted English-speaking Paris-based architects experienced in this type of project. These professionals know who to use in terms of skilled tradesmen and builders familiar with period restoration work.

Finding the Right Architect to Renovate Your Paris Apartment

Recently, we brought you the story of our Australian clients Charlene and Dave Dawson. They bought a beautiful apartment in rue Cler in the 7th arrondissement.

When they found it, it wasn’t really love at first sight. The team at 56Paris had selected this property for its great location and good potential. But the 1970s tiles on the floor and blank white walls didn’t have the Parisian charm Charlene and Dave were looking for.

As Charlene says, it was “a complete re-do.” Once they discussed it with Michael Herrman, the architect 56Paris introduced them to, they realized that “the location, size and potential of our apartment, outweighed all those aspects,” she says.

Their building dates from 1885. They’re now the owners of an elegant 67m² two-bed, two-bath. It has a big living area that looks onto the famous rue Cler market street. The large windows face south-west and even offer a partial view of the Eiffel Tower.

When Charlene and Dave set out to buy their Paris apartment from abroad, they had no intention or idea how to renovate a Paris apartment. “It just seemed too daunting,” Charlene explains.

That was until we introduced them to Michael Herrman, an American architect our clients often work with. He’d lived for many years in France and understood what they wanted to do immediately to renovate their Paris apartment.

“Our architect did the renovation plans, oversaw the construction and purchased the furnishing,” says Charlene. “We communicated through email, Skype and telephone conversations. He was talented and professional. He delivered us our beautiful apartment on time.”

The architect’s take on renovating a Paris apartment from abroad

Michael’s company is called Ateliers Michael Herman. Here he explains to us, step-by-step, what the Dawsons’ Paris renovation project involved.

What attracted you to this project?

This project was particularly interesting because of its untapped potential. I studied the age and location of the building. I could see that hidden beneath its seemingly low ceilings was a beautiful centuries-old wooden structure. Behind its banal white walls were original limestone walls. Although it was well located on a sought-after street, the apartment itself had no character. It was poorly laid out too.

What were the greatest technical challenges?

Exposing the wooden beams and limestone posed challenges. But the greatest technical challenge was re-organizing the apartment layout. That meant moving the kitchen to the other side of the apartment. I also created two bathrooms in different locations instead of the existing small single bathroom. You need to take care when you’re dealing with infrastructure that’s 200 or more years old. So dramatically modifying the plan of an apartment has to be done carefully.

Were there any surprises, pleasant or otherwise?

I’ve a thorough understanding of Parisian construction techniques over the past few centuries. I complemented this with research of the specific address at the appropriate city archives. So I could rather accurately predict what the renovation was going to reveal.

How is it having clients half way around the world?

There are so many options to easily communicate today via video and image sharing. So I’ve found that having clients in different countries, even as far away as Australia, easy to manage. Plus, often what seems like a challenge, such as the time difference, can be an advantage. With Australia, I could send drawings and images at the end of the workday in Europe, and it would already be morning in Australia. So the next day my clients would have already had a full day to look at the materials and send their feedback. I’m increasingly working from different locations around the world. So video meetings have come to feel natural.

How many residential projects have you done?

I’ve worked on over 50 residential projects both in Europe and abroad. Paris has always been one of my favorite locations because I often feel like both an archeologist and architect. I’m not just designing, but often peeling away layers to reveal the hidden history of the spaces. I’ve been working on projects in Paris and throughout Europe for over 15 years. At the same time, I’ve been working on projects in North America and Asia.

What are the unique beauties of Paris architecture for you?

Paris is unique for its architecture. It was one of the few European capitals to escape the damage and destruction of World Wars I and II. The city also gave birth to many important architectural movements in the 19th and 20th centuries. Centuries of Renaissance inspired architecture gave way to the invention of Art Nouveau, Modernism and Art Deco. The city continues to preserve its past while embracing contemporary architectural inventions. There’s been little destruction over the past thousand years, except for the 19th century boulevards. So the city’s architecture has a variety and richness arguably incomparable to anywhere else in the world.

Interested in making your dream of owning a piece of Paris come true? Then please contact us here to learn more about buying and renovating a Paris apartment from abroad.