Remodeling of Les Halles in Paris

Remodeling of Les Halles in Paris 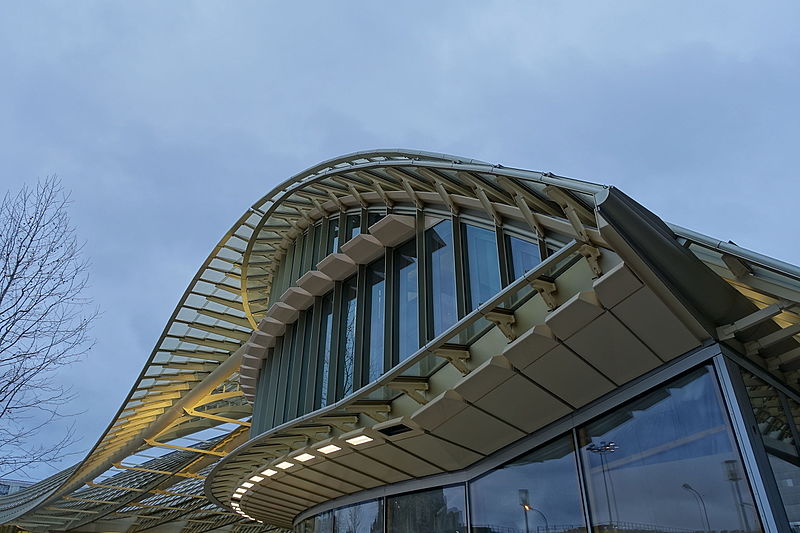 The remodeling of Les Halles in Paris has transformed the tired underground shopping center. It’s now a vibrant hub that is expected to boost tourism, culture and business in the French capital.

Paris Mayor Anne Hidalgo unveiled the €1 billion redevelopment in the 1st arrondissement. It is the most ambitious infrastructure project that Paris has undertaken in decades.

Mayor Hidalgo fully intends Les Halles to maintain its status as the city’s “beating heart.” This has long been personified by the statue in front of the Saint-Eustache church. It represents a head listening to the city’s heartbeat.

The crowning glory is an undulating translucent steel and glass canopy called La Canopée. The structure was inspired by the shape of a leaf. It stretches across 2.5 hectares and covers a new shopping concourse. Its dimensions align Les Halles with the proportions of the nearby Pompidou Centre, Palais-Royal and the Louvre.

It contains gardens, a new library, a music and arts conservatory, shops, restaurants and a unique centre for hip-hop. The former Les Halles had been a popular meeting point for young people to practice this form of street dancing in its alleys and underground areas. Now, there are recording and dance studios that amateurs can walk in and use.

Les Halles food market was described as “the belly of Paris” by novelist Émile Zola. It dates back to the 12th century. The famous glass and iron buildings were designed by architect Victor Baltard in the 1850s. They were demolished during the 1970s, leaving a hole for several years. The Forum shopping center was built over the Châtelet-Les Halles metro station in 1979.

The old 70s complex was often voted among the city’s biggest eyesores by Paris residents. If you visited the area in the past, you’ll remember it as a giant transport hub, a massive intersection of suburban railway and metro lines serving 750,000 passengers a day. It also featured an unsightly subterranean shopping mall. This was difficult to find your way around.

That has all changed. Architect Patrick Berger has designed the transformed Les Halles as the new “gateway to the city.” Its main entrance has moved to the edge of a large public garden named after Nelson Mandela. It’s in the form of a meadow and is framed by wooded areas. It is equipped with playgrounds, benches, bocce courts, chess tables and more.

The tent-like look of the new complex has attracted some criticism from the Parisian public. However, this isn’t the first structure that they haven’t unanimously welcomed with enthusiasm. Other examples include the Eiffel Tower, the Pompidou Center, and the Pyramid at the Louvre.

The remodeling of Les Halles in Paris has conferred a new respectability and sense of artistic diversity to the site. It’s expected to welcome 37 million visitors each year. There are 35 new stores, ranging from high-end to more accessible brands. They include France’s first flagship Lego store.

Visitors’ safety is insured thanks to the 400 CCTV cameras and a specialist brigade of security guards.

The remodeling of Les Halles has triggered much speculation about prices going up thanks to the area’s facelift. Real estate prices in the neighborhood were no exception to the price adjustment seen throughout Paris in 2014 and 2015. Since the beginning of 2016, real estate prices here have been trending up again.

The latest referenced figures from the Chambres des Notaires de Paris (Chamber of Notaries of Paris) from the 3rd quarter 2016 sales show a 0.9% increase over the previous year. However, the remodeling can only have a beneficial effect on real estate prices in the surrounding area. We believe this will become increasingly visible in the coming months. For now, average net seller prices in the Les Halles quarter are at 10,270 €/m².

All in all, despite some criticism of the aesthetics of the new complex, we salute the initiative. It helps further gentrification of this core area in central Paris so it’s once again a melting pot meeting place for all.

As a teaser, we visited and sampled Ducasse’s new Champeaux brasserie. It serves simple cuisine focusing on traditional French ingredients such as snails, oysters and tartares. We highly recommend it.

Find out more about buying a home in Paris here.