Real Estate Prices in Paris: A Tour of the Arrondissements

Real Estate Prices in Paris: A Tour of the Arrondissements 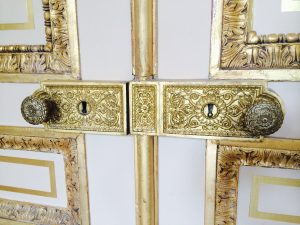 After a dip in prices at the end of 2014, the Paris property market is moving again. Historically low mortgage rates and good opportunities created by lower prices have encouraged buyers. Weekly news magazine Le Figaro recently questioned agents in each arrondissement (district) to get their view of market trends.

Note: where median, rather than average, prices are quoted below, the median is the middle price noted among the range of property sales in an arrondissement or neighborhood.

In the heart of Paris, realtors have noted an increase in activity in the first part of the year for properties of all types. Prospective buyers are serious about purchasing. But they are being more selective and apartments with faults, such as no elevator, are taking longer to sell.

Median prices vary considerably both within and among arrondissements, according to official figures issued by the notaires, officials who handle property transactions.

The 1st arrondissement is Paris’ most central location. It includes a combination of highly desirable properties and areas, such as around the Place Vendôme and the Tuileries Gardens, and more commercial sectors, such as Les Halles and Châtelet neighborhoods. High demand here led to prices remaining stable in 2014.

By contrast, in the less prestigious 2nd, prices have fallen and the median, according to the notaires, is around €8,750/m2, although it is possible to pay much more for an upscale apartment. Many buyers are looking for great views and are most interested in properties on the upper floors. A 4th floor apartment of 180m2 was sold recently in rue du Mail (2nd arrondissement) for €1.67 million (€9,300/m2).

Parts of the 3rd arrondissement, traditionally seen as the poor relation of the 4th, saw prices increase in 2014. In the Archives neighborhood, the notaires recorded a median price of €11,520/m2 at the end of December, an increase of 3% over the year.

The 4th arrondissement, with its village-like Marais neighborhood, remains popular. But realtors report that buyers are being more selective here, too.

On the sought-after Rive Gauche, the 5th, 6th and 7th arrondissements continue to attract buyers looking for upmarket properties. Realtors have noticed a marked rise in activity since January. They expect foreign interest to increase, stimulated by the weak euro, low mortgage rates and the increase in prices in London and New York.

In the 5th arrondissement, realtors have noted that buyers are being more demanding and €10,000/m2 is regarded as the limit for an average apartment. Those in the most desirable areas are selling for much more than that.

Prices in the 7th arrondissement also saw an adjustment. But, as ever, there are wide variations among neighborhoods. At the end of December 2014, around Les Invalides, median prices had risen by 12.1% over the year to €13,670/m2.

In the 8th arrondissement, the notaires’ figures show median prices increased by 2.8% in 2014. However, the median price for the arrondissement of €9,920/m2 at the end of December 2014 conceals large differences. In the exclusive Parc Monceau area, buyers should count on spending more than €10,000/m2. On Avenue Montaigne, Paris’ most expensive street, prices can easily exceed €25,000/m2.

According to the notaires’ figures, the 9th arrondissement saw a 1.3% increase in prices in 2014. Realtors cite avenue Frochot, rue d’Aumale and rue de la Rochefoucauld as particularly in demand. In the Saint-Georges neighborhood, small apartments can top €9,000-€9,600/m2, but apartments of more than 100m2 are less sought after.

Further east in the 10th arrondissement, the market has slowed somewhat. But exceptional properties with a good view on the quai de Jemmapes sell quickly. Those with views of Sacré-Coeur and the Canal Saint-Martin remain sought after.

Activity has fallen off slightly in the 11th arrondissement. Price levels were maintained during 2014, but the gap is widening among neighborhoods and different types of property. Around the Bastille or near the Marais, high quality properties are selling for €9,500/m2 and larger apartments are holding their price. But properties with faults are taking longer to sell.

In the 12th arrondissement, stylish properties are commanding similar prices. On rue Lacuée, a 49m2 apartment on the second floor was sold for €470,000 (€9,592/m2). But middle of the road properties are less expensive: €7,500/m2 in the Quinze-Vingts neighborhood, for example.

Prices remained stable in the 13th arrondissement during 2014, with a median price of €7,660/m2 at the end of the year. Around the Gobelins neighborhood or the Jardin des Plantes, chic apartments can command €9,500/m2 or more. Smaller apartments remain popular.

In the neighboring 14th, prices fell slightly in 2014 to a median of €8,350/m2. Realtors note that buyers are more numerous since January, but also more demanding. On boulevard Raspail or boulevard Montparnasse, exceptional apartments will sell for €10,000/m2 or more. An 80m2 with a balcony on the 3rd floor of an attractive building with a lift on boulevard Raspail sold for €995,000 (€12,437/m2).

Activity and prices fell in 2014 in the 15th arrondissement and larger apartments with faults sell slowly. The prices of smaller properties have resisted better. A two bedroom apartment of 58m2 on the 6th floor of a traditional stone building near the Mairie sold for €577,000 (€9,948/m2). Around the Necker and Grenelle neighborhoods, median prices are around €8,940/m2.

16th and 17th arrondissements: prices of large apartments are falling

Prices in the 16th remained stable during 2014 at €9,110/m2. Studios and smaller apartments sell quickly for high prices. Stylish apartments in the north of the arrondissement, near the Trocadéro and Passy areas sell for much higher prices. But larger apartments of 200-250m2 sell more slowly, especially if they need renovation.

In the 17th, median prices fell by 2.1% during 2014, according to the notaires. Prices in the Batignolles neighborhood have resisted better than the rest at €8,330/m2, but sellers are dropping the prices of large apartments, which is encouraging buyers to return. Higher prices can be found in the chic Ternes and Plaine-Monceau areas.

However, in the most sought after parts of Montmartre in the 18th arrondissement, properties without faults are still in demand. On rue Caulaincourt, a former workshop of 62m2, with high ceilings and large studio windows sold for €770,000 (€12,400/m²). A private mansion in the Lepic-Junot area, with a garden, a terrace and panoramic views over Paris, commanded a price of €16,800/m².