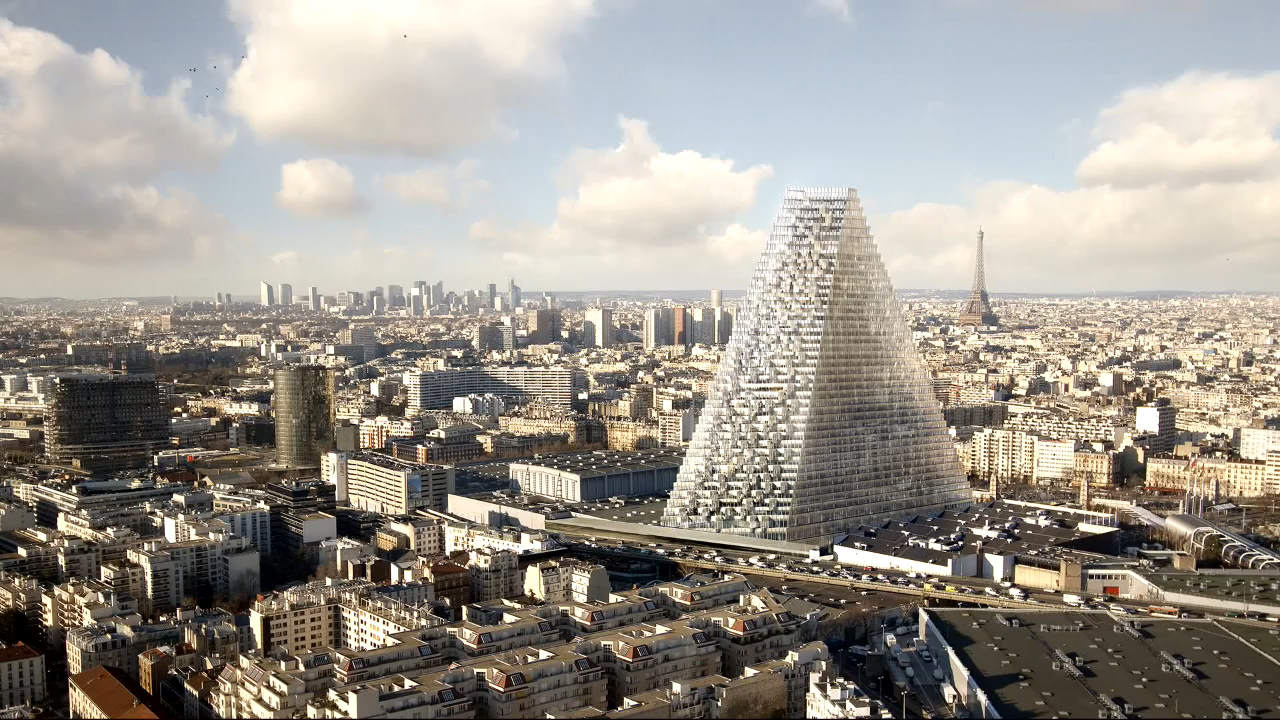 Controversial plans for a new triangular glass Paris skyscraper have finally been approved by the City Council. The project was initially rejected in November 2014.

La Tour Triangle will rise to 180m (600ft) on the outskirts of Paris at the Porte de Versailles Exhibition Center in the 15th arrondissement (district). The 42-story building will include a 120-room four star hotel and 70,000m2 of office space.

La Tour Triangle’s opponents criticized it for architectural reasons and for intruding on the skyline. UNESCO also opposed the scheme on the grounds that Paris is one of the few “horizontal” cities to have been preserved.

The Mayor of Paris, Anne Hidalgo, lessened opposition to the project by earmarking some of the office space for childcare and cultural centers instead.

Outlying areas of Paris, such as La Défense business district have towering skylines. But Paris prides itself on the comparative absence of skyscrapers in the city center. A height limit for new buildings of 50m (160ft) is in force in certain central areas, which allows Paris’ famous monuments to take pride of place. For the oldest and most central neighborhoods the limit is 37m (121ft).

The City Council introduced the height limits after the Paris skyscraper the Montparnasse Tower was constructed in the 15th arrondissement in 1973. This 59-story, 209m (686ft) high skyscraper has been controversial from the word go.

La Tour Triangle will require a private investment of some €500 million and is scheduled for completion in 2018.