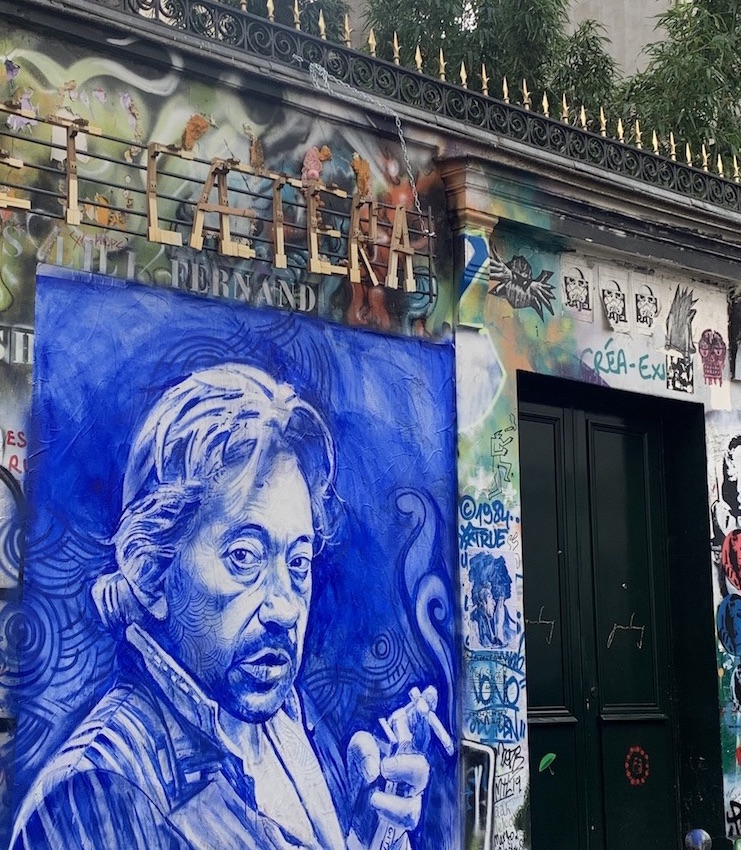 The new Paris Serge Gainsbourg museum plans to open its doors this spring.

We take a look around this new attraction set on the rue de Verneuil in the 7th district. It celebrates the life and work of the important – yet controversial – French icon.

One of the greatest French songwriters

30 years after his death, Serge Gainsbourg is being honored with a brand-new museum.

One of the greatest French songwriters of the 20th century, Gainsbourg is just as famous for his decadent lifestyle and wit as for his songs.

His work across the genres of pop, rock, jazz, electronica, and even reggae makes him hard to categorize. But he endures as one of the country’s most revered and respected popular artists.

His wife, English-French actress Jane Birkin famously sang on his hit record ‘Je t'aime... moi non plus.’ She is also the inspiration for the legendary Hermès Birkin bag, one of the most exclusive and expensive handbags in the world.

After a provocative career in music and cinema spanning four decades, Gainsbourg died of a heart attack in 1991. Since then, his house has grown into an unofficial shrine to his legacy, covered with paintings, lyrics, and tributes.

Thousands of fans make the pilgrimage to the property every year just to see the facade.

Now, under the supervision of his daughter, acclaimed actor and singer Charlotte Gainsbourg, it’s becoming an official tourist attraction, where visitors will be able to step inside for the first time.

Planned for many years, this project faced delays by the Covid-19 pandemic but is finally set to open soon.

The Paris Serge Gainsbourg museum is taking over two properties on the Rue de Verneuil, in our capital’s 7th arrondissement (district).

The first is the singer’s actual former home, 5 bis Rue de Verneuil, where he lived from 1969 up to his death, inherited by his daughter Charlotte.

While the outside has changed substantially over the years with the graffiti and tributes, the inside of the house is preserved exactly as it was left. Even Gainsbourg’s used cigarette butts remain in his ashtrays, and half-full bottles of red wine linger on the shelves.

It is here that visitors will begin their tour with a 30-minute ‘immersive audio experience.’

For fans, it’s a tantalizing opportunity to see the life left behind by their hero.

Next, visitors will move to another property a few doors down.

Carefully curated by his daughter Charlotte, the museum delves into the official Gainsbourg collection and archive. It’s set to bring to life all the eras of his career, from ‘the Rive Gauche of the early 1960s and Swinging London in the early 70s, to the 80s between palace hotels and Le Palace.’

There will also be a shop selling Gainsbourg’s records, photographs, books, and souvenirs.

Before and after their visit, visitors are also promised access to a unique ‘digital experience’ offering exclusive and unpublished content direct to their smartphone or computer.

The final part of the Paris Serge Gainsbourg museum is Le Gainsbarre, a piano-bar inspired by the early years of the singer’s career when he worked as a pianist in drag clubs and the cabarets of Pigalle.

It’s set to open daily for breakfast, lunch, and afternoon tea. Then at night, Le Gainsbarre will transform into a restaurant and cocktail bar.

There will also be a range of Gainsbourg-themed events including live music, film screenings, conferences, and workshops.

It’s another exciting part of the museum, set to attract fans and visitors to this corner of the city.

Here to help with all your real estate queries

If you are curious about the idea of selling your own property, we are happy to use our expertise of the Parisian market to see how much you could achieve.

Please do get in touch with the team to arrange a free evaluation. All advice is given with no obligation.