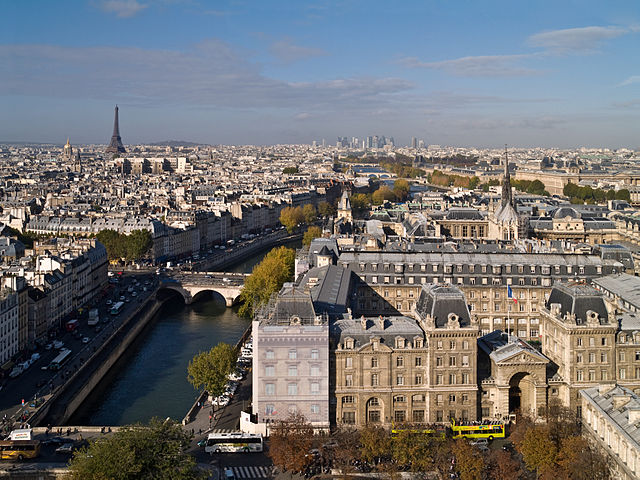 The Chambre des Notaires de Paris (Paris Chamber of Notaries) released its interim Paris property prices for the fourth quarter of 2017. While not yet the final figures for the quarter, they suggest the market is stronger than ever. The city is a prime location to invest in property.

In November 2017, the median price of period properties in Paris reached 9,040 €/m2. This marked an increase of 1.7% in 3 months and 8.5% in one year. In the third quarter, the average price reached 8,940€. This was already the highest level to date. The latest Paris property prices have now exceeded that level.

As we reported, prices were expected to rise further to 9,200 €/m² by January 2018. This level is now thought to be reached in March. The notaries predict that prices will increase then to 9,260 €/m2. This would represent an annual increase of 9.5%.

The average price in the 8th district currently stands at 9,610 €/m2. This shows an increase of 4.4% in one year. However, prices vary considerably according to exact location and quality. Exceptional properties frequently sell for far more. This fully renovated luxury apartment on a high floor with balcony is on the market at 14,965 €/m2.

Transaction volume also on the rise

Nearly 10,200 apartments in Paris exchanged hands between September and November 2017. This represents an increase of 9% compared to the same period in 2016.

In the wider Parisian region of Ile-de-France, 46,130 period properties sold. This is an increase of 10% compared to 2016. Additionally, the notaries expect 2017 figures to finish with a 16% increase in the number of transactions annually.

Paris accountable for more than 10% of transactions

Paris contributes to more than 10% of the total volume of sales in France in 2017. Out of a total of € 239 billion spent on French real estate, € 25.3 billion was in Paris. What’s more, Paris is the most active city in France with regards to real estate transactions.

Paris sits in the heart of Europe and offers two international airports. A vast railway network connects it to all major European cities. This makes it an ideal hub for travel and business. EY recently ranked its business district La Défense 4th best in the world.

We at 56Paris believe the interim Paris property prices are a testament to its perpetually healthy real estate market.

To learn more about investing in Paris property, either as a rental investment or for yourself, please contact us.