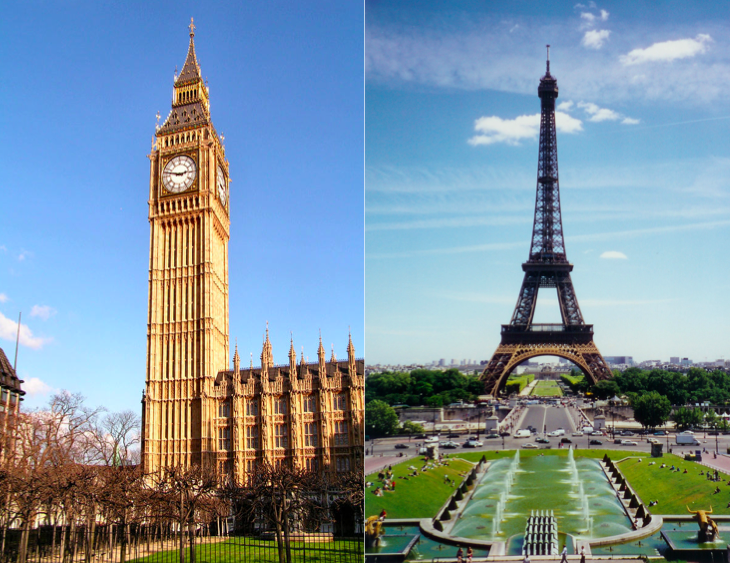 Paris property prices continue to climb. Prices in Paris’ 6th district are almost level with London’s most expensive neighborhood, Kensington & Chelsea. French newspaper Le Figaro states the average price was £11,192/m² (12,378 €/m2) in the period from May to July 2017. Paris’ 6th district was not far behind at 12,320 €/m² at that time.

Conversely, while Paris property prices climb, the UK is not experiencing the same good fortune. According to British bank Halifax, prices in the UK grew by 2.1% between May and July 2017. Comparatively they rose by 8% in the same period of 2016. This is the smallest growth in four years.

This is just another incentive for investors to turn to the Parisian property market. Moreover, historically low mortgage rates in France make Paris the ideal location to invest in real estate.

Forbes magazine cites the ‘Macron effect.’ The pro-business agenda of the current French President has lured investors and businesses to the French capital. It has also inspired confidence among French and foreign buyers alike. This positive energy boost has made Paris property prices continue to climb.

Brexit continues to cause chaos

According to English newspaper The Guardian, London house prices were down 0.6% between July and September 2017. Even investments have suffered. Real estate investments decreased by 25-30% last year.

The reason? According to most mainstream newspapers, Brexit is largely to blame for the struggling property market. Experts expect Brexit will continue to have a negative effect on London real estate throughout the negotiation process. The Figaro notes that before the EU referendum in 2016, prices rose by approximately 10% per year.

Despite this upward trend, on the whole Paris is undoubtedly still much more reasonably priced than London. Although Paris property prices continue to climb, they remain lower than London prices. According to Numbeo, the average monthly rent of a one bedroom apartment in central London is 1,855.87 €. In central Paris, this figure drops to 1,062.58 €. The average price per m2 to buy a property in central London is 15,412.87 €. Again, in the center of Paris the cost drops to 9,750.12€/m2. Interestingly, the average monthly London salary is less than 200 € more than in Paris. In addition, the number of transactions in Paris increased by 11% in the same period over the previous year.

What are average prices in Paris for attractive turnkey properties with exceptional qualities? A freshly renovated 3 bed 2 bath including a spacious balcony with Eiffel Tower views is currently offered for sale at 18,820€/m².

If you want to take advantage of attractive real estate prices in Paris, please contact us.