Paris Property Prices Almost Half of Those of London

Paris Property Prices Almost Half of Those of London 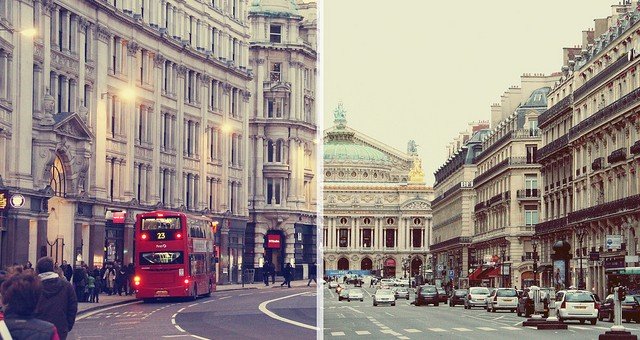 For the overseas property investor, London and Paris have their pros and cons. But, if you are a buyer hoping to buy a prestige or beautiful period property, then Paris property prices offer the greater investment value.

Focus on Real Estate: London or Paris?, a report recently published by the French Chamber of Commerce in Great Britain, states: “Paris property prices make it a classic buyer’s market, especially for bargain hunters in the areas most prized by overseas buyers.”

Supply is a main factor. London surpassed in 2015 its previous population record, fuelling a market that is already strained and unaffordable for all but the wealthiest in the city center.

Paris is almost the mirror image. During the 2007/8 financial crisis, property prices fell by 8–9%, according to the Chambre des Notaires de France.

The Paris and London residential markets then tracked each other until 2012. Indeed, according to INSEE, the French National Institute for Statistic and Economics, house prices grew by nearly 40 per cent in the central Paris housing market during the 2010 – 2011 peak.

However, the developing euro crisis and fears of wealth taxes then depressed Parisian demand. Since peaking in summer 2012, real estate prices in Paris have dropped by 3.7%, according to INSEE and the Notaires de France, the officials who deal with property sales.

Paris Property Prices up to 50% Less Than London

According to the world’s largest real estate services and investment firm, CBRE , prime real estate prices in London are £2,000 per square foot and more expensive than both Manhattan and Hong Kong, at £1,800 and £1,950, respectively.

That said, real estate prices in Paris have not wavered for superior properties in prime areas on either side of the Seine. Such gems rarely become available and command steep prices.

Equally, around the Golden Triangle, the prestigious area between the famous Champs Elysées and the Seine, prices are often in the €25,000 per m2 range.

However, in many other upmarket and desirable areas of Paris, the cost of beautiful period properties has dropped, notably for larger apartments.

The report singles out the following areas as the current ‘hot spots’ in Paris:

3rd Arrondissement – Le Haut Marais, home to some of the capital’s oldest mansions and newest boutiques

4th Arrondissement – Ile St Louis, in the heart of old Paris and close to all the main attractions such as monuments, museums and galleries

16th Arrondissement – Passy, often compared to London’s Borough of Kensington and Chelsea, and home to some of the best schools, museums and parks, but with prices below the more established 6th, 7th and 8th arrondissements.

The report makes it clear that purely in terms of the amount of square feet for your bucks, Paris offers much better value than London.

Of course, most overseas would-be buyers in the French capital, however, are not just interested in this factor. They are buying a home in the Ville Lumière (City of Light) because they know that there is no other global city quite like it…