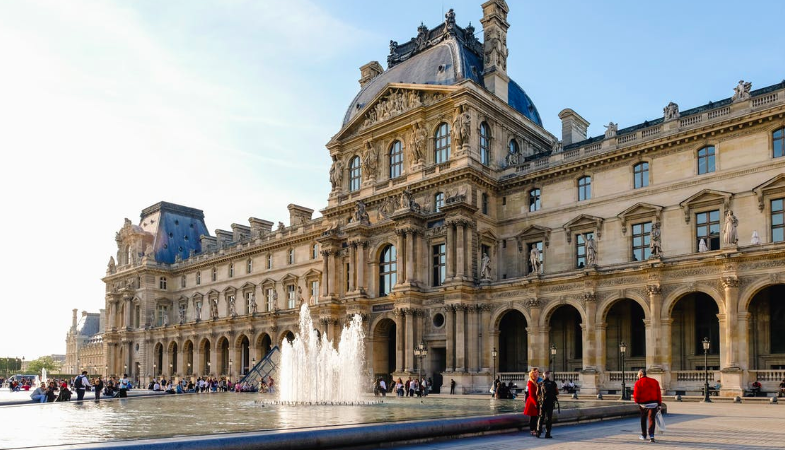 In the concluding part of this special blog, we look at more of the fascinating Paris mansions that became museums.

These hôtels particuliers (private mansions) offer an insight into the history of the French capital. And in some of the city’s finest neighborhoods.

You can catch up with the first part of this article here.

This stately museum is one of the finest mansions still standing in Paris. The home dates from 1911, and it houses a variety of decadent furniture and art objects. Walk through the grand courtyard and head inside to step back in time.

Count Moïse de Camondo, a French banker, built the house specifically to show off his private collection. And even today, it still feels very much like a private family home. Formal living rooms, apartments, and kitchens make up the grand property.

Some of the standout exhibits include Ming vases and fine Sèvres porcelain. You’ll even find relics that belonged to Marie-Antoinette herself!

The Nissim Camondo Museum sits on the edge of the beautiful Parc Monceau, in the 8th arrondissement (district).

This magnificent Second Empire mansion is on the grand Boulevard Haussmann. The Jacquemart-André Museum houses an epic collection of Italian Renaissance art.

But the house itself is also a stunning work of art. This includes a dramatic reception room and interior balcony, along with a breathtaking skylighted atrium.

It is smaller and less well known than the larger museums. Yet the Jacquemart-André offers a tantalizing glimpse into French aristocratic life in the 17th and 18th centuries.

The museum lies near the Arc de Triomphe and the Champs-Elysées in the 8th arrondissement.

The 8th district offers many exceptional properties. Have a look at this stunning luxury two bedroom for sale.

Cognacq-Jay Museum, the age of enlightenment

Although their store signaled a new, modern way of shopping, the couple’s own tastes were more classic.

Their collection of paintings, furniture, miniatures, porcelain and decorative arts are now in the Cognacq-Jay Museum. It houses a treasure trove of artifacts from the Age of Enlightenment in the 18th century.

After moving around Paris through the years, the museum found its new home at the Hotel Donon in 1990. Its period wood paneling and parquet floors make the perfect setting for works by Canaletto, Hubert Robert, Boucher, and many more.

This is something of a hidden treasure in the Marais. It’s not far from the Carnavalet Museum detailed in part one of this blog.

For an example of real estate in the Marais, look at this two bedroom property with 16 foot ceilings.

The National Gustave Moreau Museum  is very special. Not only is it the premier spot to view the works of the Symbolist painter. It’s also his former home, where he lived since childhood.

It began as a hôtel particulier on Rue de la Rochefoucauld in the 9th arrondissement. The artist expanded it in his later life to add large gallery spaces.

The first floor retains the layout from its time as Moreau’s apartment over 100 years ago. A superb antique spiral staircase then separates the second and third floors, displaying the major canvases.

Some of the iconic pieces include Jupiter et Sémélé and Les Chimères. Two oil paintings that are among the greatest Symbolist works. They are considered to be pre-cursors to Surrealism.

This part of Paris is known as Nouvelle-Athènes (New Athens) due to the intellectual and artistic elite that built homes here in the 19th century.

The mansion museums of Paris are just part of the rich cultural tapestry the city offers. If you’re thinking about buying, selling or renting real estate and enjoying its lifestyle yourself, please get in touch with 56Paris.

Our knowledgeable team are experts on all aspects of real estate in the French capital, and are always happy to help.