Paris' Iconic Champs-Elysées to Get a Makeover

Paris' Iconic Champs-Elysées to Get a Makeover 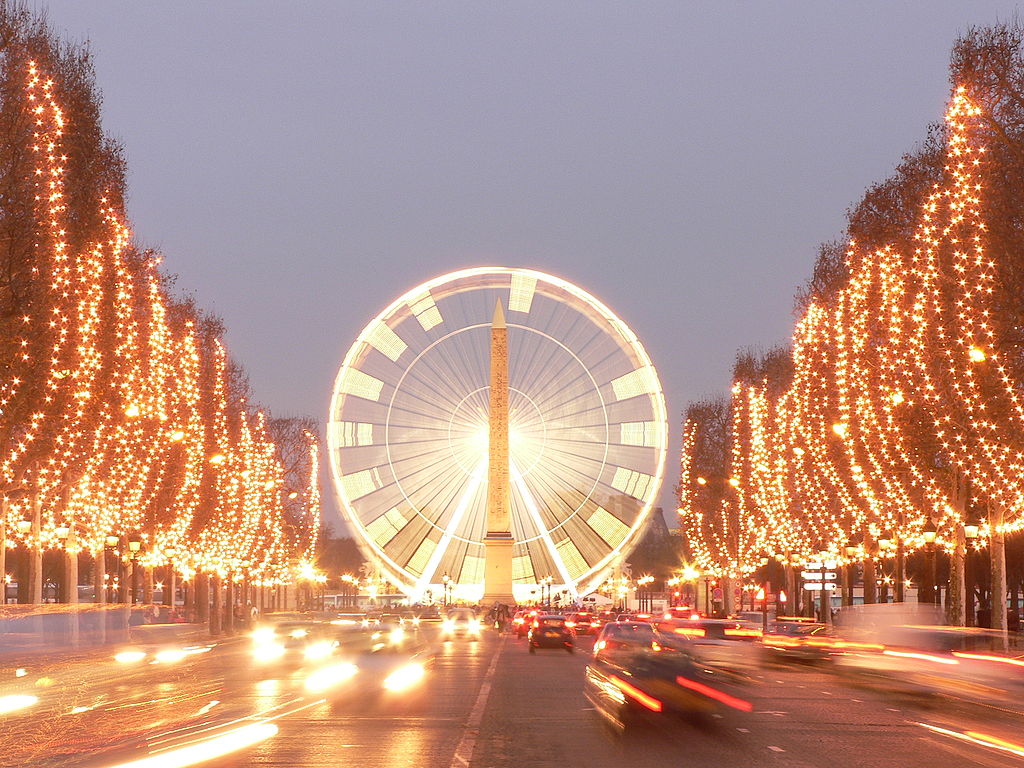 The Mairie de Paris (Paris City Hall) has announced that the iconic Champs-Elysées is to get a makeover to become greener and more pedestrian-friendly for visitors and Parisians alike.

Also suggested are the creation of open fountains around the Arc de Triomphe and a huge new green park running from the Arc to the Place de la Concorde.

The task force is to report its findings this month and the improvements are to be in place by 2025.

Long considered one of the most prestigious and elegant avenues in the world, the arrival of global retail chains, however, has steadily altered the Champs-Elysées’ appearance.

The avenue is so renowned that it is rated as the world’s third most expensive retail location, just behind Fifth Avenue in the US and Causeway Bay in Hong Kong. Retail rents here are more expensive than even London’s Bond Street or Tokyo’s Ginza.

Many Parisians have voiced fears however that the Champs-Elysées have become too commercial and increasingly like a shopping mall.

It is clear why so many retail brands wish to have a presence though. They report that sales profits are 30% higher on the Champs-Elysées than anywhere else in the city – not surprising given that the avenue attracts more than 20 million tourists each year.

The mile-long Champs-Elysées links Napoleon’s Arc de Triomphe in the Place de Gaulle with the revolutionary Place de la Concorde. It was built by Louis XIV in 1667 when the land it occupies today was fields and kitchen gardens.

The name Champs-Elysées is French for Elysian Fields, the paradise for dead heroes in Greek mythology.

The grand avenue, lined on either side by vast and magnificent Hausmannian edifices, is part of Parisian life.

Here, Parisians celebrate New Year’s Eve and every summer, cyclists sprint up in a spectacular finish to the Tour de France bike race.

On Bastille Day, French soldiers proudly parade down it. The Germans marched down it when they occupied Paris in 1940, and so did the Allies when they liberated the city in 1944.

Heavy Traffic in Heart of Paris

The avenue is no Elysian Fields today. It is an eight-lane thoroughfare over which traffic roars through the center of the capital.

This has contributed to the pollution problem in the city that prompted Paris City Hall in recent years to introduce measures to combat smog.

“The avenue has not had a makeover for more than 20 years,” Jean-Noel Reinhard, President of the Champs-Elysées Committee, told the French daily newspaper Le Parisien. His committee represents 170 stores along the avenue.

He was referring to improvements put in place by former president Jacques Chirac in 1994 when the sidewalks were widened, plane trees planted and wrought iron street lamps, Belle Epoque-style newspaper kiosks and wooden benches introduced.

The current move towards greater pedestrianization of the Champs-Elysées has been encouraged by the success of Paris’ first Journée Sans Voiture (Day Without Cars), held on 27 September 2015.

Silence and people strolling in the fall sunshine replaced the roaring traffic of the Champs-Elysées and tourist spots such as the Place de la Concorde were completely free of vehicles.

The Mayor of Paris, Anne Hidalgo, has expressed a wish to ban cars regularly on Sundays from the center of Paris.

In December, she will host the United Nations World Climate Conference, COP21, which will see the arrival of electric buses and trams in the capital. She told Le Parisien that the goal of the Journée Sans Voiture was to show that “Paris can operate without cars.”

The Lure of the Golden Triangle

Property prices on the Champs-Elysées and the neighboring area are legendary and they are in high demand with international buyers.

The neighborhood, which is in the 8th arrondissement, boasts the Palais de l’Elysée, the official residence of the French President, the Ministry of Internal Affairs, as well as numerous international company headquarters.

It is also part of one of the most prestigious areas of Paris: the ‘Golden Triangle’ encompassed by the avenue Montaigne, avenue George-V and the Champs-Elysées.

By 2025, the ‘new’ Champs-Elysées will have emerged. Whether all or some of the improvements suggested take place, it can only be to the betterment of the city and the famous boulevard that is synonymous with the elegance and grandeur of Paris.