Paris' Finest Palaces and Mansions: The Hotel de Lauzun on the Île Saint-Louis 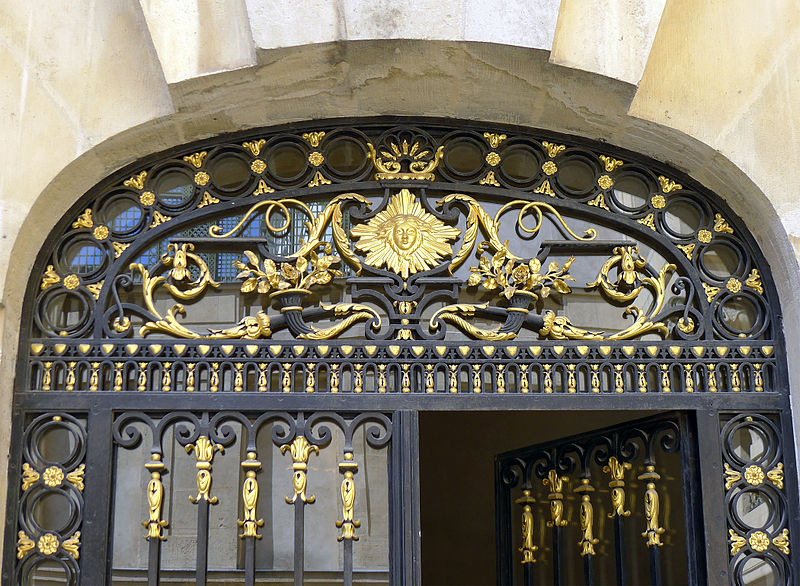 The austere classical façade of the Hotel de Lauzun belies its lavish interior. Despite several restorations and remodeling it has retained many of its ornate carvings, paintings and gilding, and is a fine example of a 17th century private mansion.

The Hotel de Lauzun is located on the Île Saint-Louis in the 4th arrondissement (district), one of the most charming areas of Paris. It was much favored by aristocrats and the nouveaux riches as a site for their mansions. Because space was lacking, the main building directly overlooks the street, rather than being situated between a courtyard and a garden.

A rich financier and speculator, Charles Gruyn des Bordes, bought the lot in 1641, but construction work did not begin until 1650, by which time the rival Hôtel Lambert had been built. Throughout the décor, Gruyn’s initial ‘G’ is interwoven with the ‘M’ of his wife, Geneviève de Mony.

Some doubt remains about who designed the Hôtel, which was not completed until 1658. It may have been built from designs by Louis Le Vau, who became Louis XIV’s chief architect. He also designed the Hôtel Lambert and the superb château at Vaux-le-Vicomte, the inspiration for Versailles. But it’s not clear if Le Vau took an active role, and the identities of the painters commissioned to decorate the building are not known.

The mansion was subsequently purchased by the Duc de Lauzun, from whom it took its name, although the name was changed several times after that. During the Revolution, it was divided into apartments and remained so throughout the 19th century. Two of the residents, the writers Charles Baudelaire and Théophile Gautier founded the Club des Haschischins, whose members experimented with hashish.

After it had passed through a number of hands, the City of Paris bought the Hotel de Lauzun in 1928 and remains its owner. It has been restored to its former glory in recent years. The colors of the ceiling paintings and the gilding on the woodwork and mirrors dazzle once more. The dolphin designs on the exterior drainpipes were added in the 19th century, but it’s believed that the color of the drainpipes and windows is similar to the original tones.

The Hotel de Lauzun is not open to the public but sometimes opens specially for small groups. It is worth a visit if you get the chance.