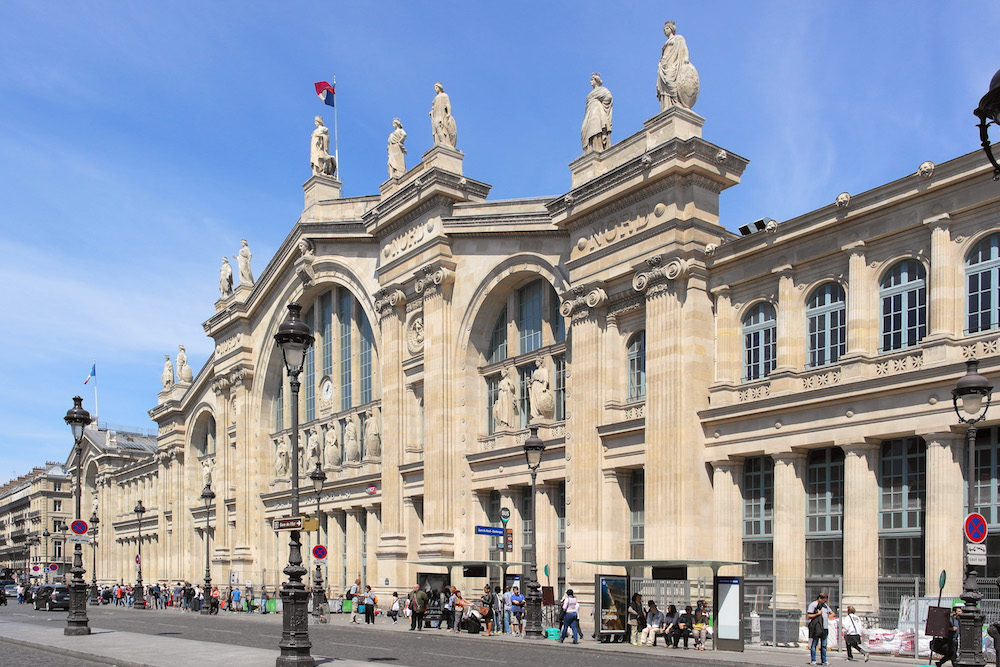 That means the city’s new-look Gare du Nord may be ready for the Olympic Games in Paris.

With something of a checkered history, we take a look at the plans and the possible impact of the renovation.

A €600 million project for the station

The Paris Eurostar Terminal Olympic renovation has been on the cards for several years.

Overhauling the famous Gare du Nord is now said to be costing around €900 million, tripling it in size from 35,000m2 to more than 115,000m2. That will make it the largest terminal in Europe.

The plans include large new spaces for shops, offices, and other amenities, along with an expanded arrivals and departures hall, parking for 6000 bicycles, and a green roof terrace with a view of the Sacré-Cœur.

To get the new station completed in time for the Olympics and Paralympics in the summer of 2024 will certainly be a challenge.

Previously estimated to take five years, the new schedule is even tighter, due in just over three years.

Reasons for the delays

The renovation project has seen several delays in recent years. Of course the recent pandemic, but there are other factors at play.

While the plans were first welcomed by national and regional governments, progress was later stalled by the intervention of the Paris city officials.

The Mayor of Paris, Anne Hidalgo, called for a review of the project, suggesting the plans gave too much emphasis to shops and not enough to transport.

Back in the summer, a statement from her office said, “It no longer wants to be a station, but a shopping center with incidentally, a station inside”.

However, things have now moved on. Following amendments to the project work will now continue.

The changes to the plans include a reduction in size of 35,000m2, realized by canceling a planned auditorium within the new building. Also the removal of the fifth floor and part of the fourth.

The aim seems to be to preserve more of the original building, a 19th-century architectural masterpiece.

One of the more dramatic changes to the station will be the roof terrace.

Removing the fifth floor means this will now total 1.1 hectares of green space. There will also be urban agriculture activities, and a one-kilometer running track around the top.

Other notable changes throughout the terminal include a new footbridge, a dramatic reduction in the number of retail shops, and new underground car parking areas.

A boost to the 10th arrondissement

The Gare du Nord sits in the 10th arrondissement (district) of the city.

When the plans were first announced back in 2015, property prices rose in the area. In the fourth quarter of that year, they increased by 2.5%, partly attributed to the announcement.

It’s a topic we covered in this blog, suggesting this area may be one for real estate investors to watch.

For an example of a property in this up and coming district, take a look at this fully renovated two bed two bath in a cobblestone passage.

By 2024, what effect with the Paris Olympic Games have on our local market?

In the past, many cities hosting the Olympic Games saw a positive impact on their property prices.

In the years prior to the 1992 Olympics in Barcelona, the city experienced a huge increase of 130%. Although, this was at the time of a worldwide boom, so hard to determine how much the event truly impacted the market.

More modest, but still noticeable growth, also occurred in the succeeding Olympic Games including Atlanta (1996), Sydney (2000), and Athens (2004). In all cities, property prices rose above the national average in the five years running up to the Games.

For the London 2012 event, the British capital experienced real estate growth of up to 3.3% on average. While properties within three miles from the main Olympic stadium achieved growth up to 5%, according to a report in the journal Urban Studies.

A similar growth in Parisian real estate, while not guaranteed, is certainly feasible.

Experts on real estate in Paris

If you are thinking about real estate investment, or any other aspect of the Parisian property market, we are here to help.

Please do contact the team at 56Paris and we will be happy to assist you with free, no-obligation advice.