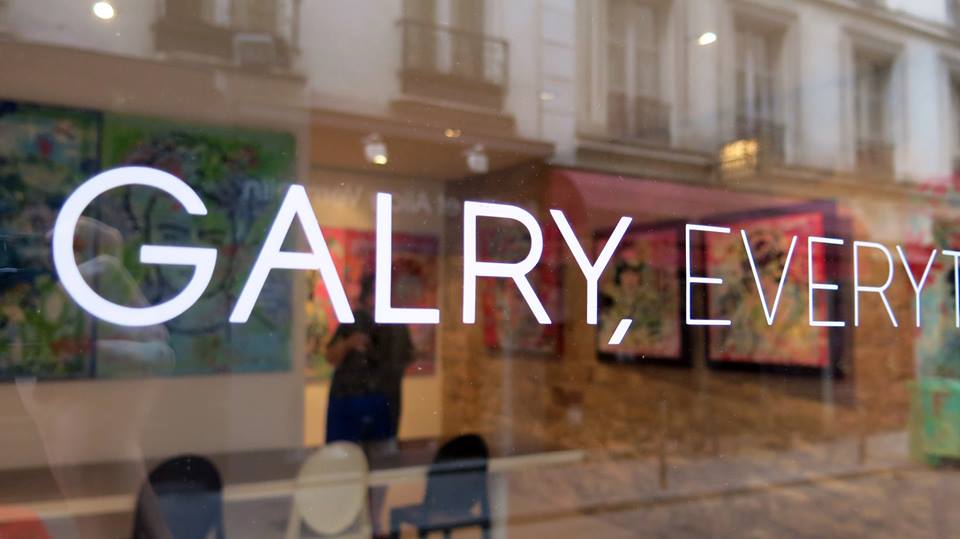 Paris is always a delight for art lovers with its eclectic mix of independent artistic spaces. The rue de Verneuil is home to one such Paris art gallery.

It’s the modernist establishment, Galry on the Rive Gauche at 41 rue de Verneuil. . You’ll find it just a stone’s throw from the offices of 56Paris Real Estate.

Galry’s always worth a visit for its ever-changing exhibitions. They are unfailingly distinctive in their modernism and diversity.

A Melting Pot for Art

It’s been run by Stéphanie Moran, its founder and director, since 2011. Moran selected the district for her new gallery because it’s “a melting pot for art.” It’s part of the Carré Rive Gauche, an area famous for antiques and decorative arts stores.

Paris offers many wonderful period buildings and the rue de Verneuil neighborhood is one of the most desirable areas. This is due to its prime location and elegant 18th-century facades.

But, Moran admits, there was another reason for her decision to base herself here. The rue de Verneuil also had huge nostalgic appeal for her. It is linked to the legendary French singer-songwriter Serge Gainsbourg.

“The fact that Serge Gainsbourg lived on this street gives it a special status. It has an artistic history,” she says.

Gainsbourg died 25 years ago this year. He was well known for his relationship with English actress and singer Jane Birkin. He has been described as one of the most influential figures in French popular music.  Some call him “France’s answer to David Bowie, Mick Jagger and John Lennon.”

The singer lived at his home at number 5 rue de Verneuil from 1969 until his death there in 1991.

It seems fitting then that Galry should number among the artists it represents none other than Tony Frank. Frank is the famous French photographer whose iconic photographs have immortalized scores of celebrities. Aside from Gainsbourg, they include the likes of Woody Allen, Alain Delon, Catherine Deneuve, Johnny Hallyday, Bob Dylan, Marianne Faithfull, Madonna, and many others.

Frank took photos of Gainsbourg many times at his rue de Verneuil home. In honor of Frank’s photographic record of Gainsbourg’s life and works, Galry recently held an exhibition of Frank’s Gainsbourg collection.

Local artists and Gainsbourg fans were also permitted to make their own personal tribute to the singer by decorating the façade of his home. They used graffiti, imagery, text and collages about Gainsbourg that you can see here.

Everything But A Gallery

Galry’s Stéphanie Moran explains how she works with what she calls her ‘stable of artists.’ “I work alongside them more systematically than a classic gallery would. Our slogan, ‘Galry – everything but a gallery,’ shows that we’re not just limited to being a physical gallery,” she says. “I try to run events with my artists that are not only exhibitions but can take different forms: events outside the gallery with individuals, celebrities or institutions or even with businesses.”

The common factor, she explains, is art. “I focus on the image and its positioning but not just through exhibitions: our aim is to take advantage of different ways of promoting art.”

So if you’re someone who enjoys art, we suggest you put Galry in the rue de Verneuil on your to-do list in Paris. When you do visit, don’t forget to take a look at the colourful and ever-changing tributes to Gainsbourg on the famous facade of number 5, or to come by and visit our agency at number 56.