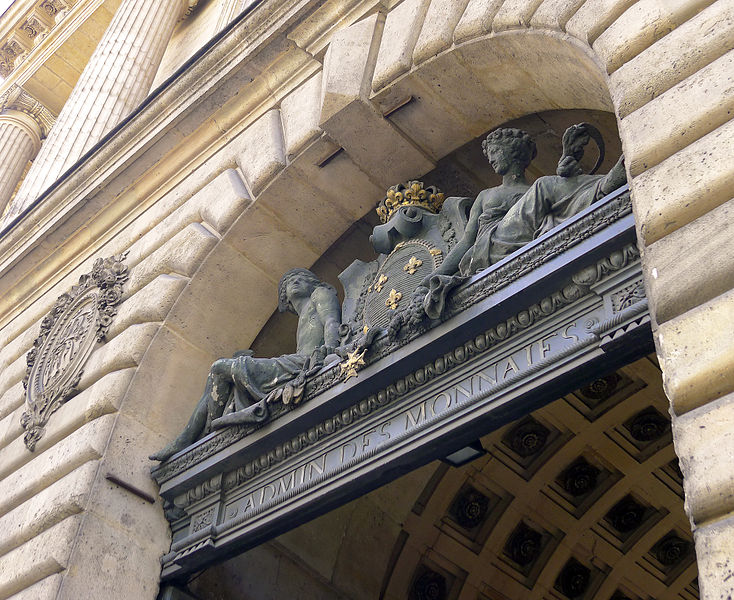 Luxury apartments at the Paris Mint are soon to become available on the real estate market with a price tag of between €10-20 million.

The Monnaie de Paris (Paris Mint) is one of the capital’s most beautifully proportioned buildings and is an architectural masterpiece of the 18th century.

The properties are within reach of only the world’s most wealthy and select buyers.

They are part of the ambitious €75-million MétaLmorphoses Project. By 2017, the Paris Mint will become a major creative, dining, shopping and leisure center.

A more prestigious and picturesque address would be hard to find. The vast classical edifice occupies an entire block along the banks of the Seine and sits just across from the Louvre, between the Pont Neuf and the Pont des Arts bridges.

Luxury Apartments at the Paris Mint

The institution’s Communication Director Guillaume Robic said that buyers of the new luxury apartments at the Paris Mint would be purchasing a piece of French history.

“The Mint has welcomed figures such as the American Founding Father Benjamin Franklin, the French general and American Revolutionary War general, the Marquis de Lafayette, and the last Emperor of Russia, Nicholas II,” he said.

The new owners will have protected access to the triple Michelin-starred restaurant of Guy Savoy. He opened at the Mint in May 2015.

Buyers of the luxury apartments at the Paris Mint will also be able to use its private terraces with their exclusive views over the city.

Charles the Bald, a grandson of Charlemagne, established the Paris Mint in 864AD. The current building dates from 1775 and was one of Louis XV’s biggest construction projects.

In 1973, the production of French currency was moved to near Bordeaux, leaving the Paris manufacture to the crafting of commemorative coins, medals and jewelry.

Much of the Mint has not been open to the public before. Chiara Parisi, the Director of Cultural Programming, will now stage four international art exhibitions a year.

She intends to transform the Mint into “an economic and cultural model for the 21st century.” This will involve the creative talents of 150 artisans working inside the institution.

With such an unbeatable heritage and location, the new luxury apartments at the Paris Mint have a special cachet.

One lucky buyer snagged this property overlooking the Paris Mint listed by 56Paris Real Estate in 2015.