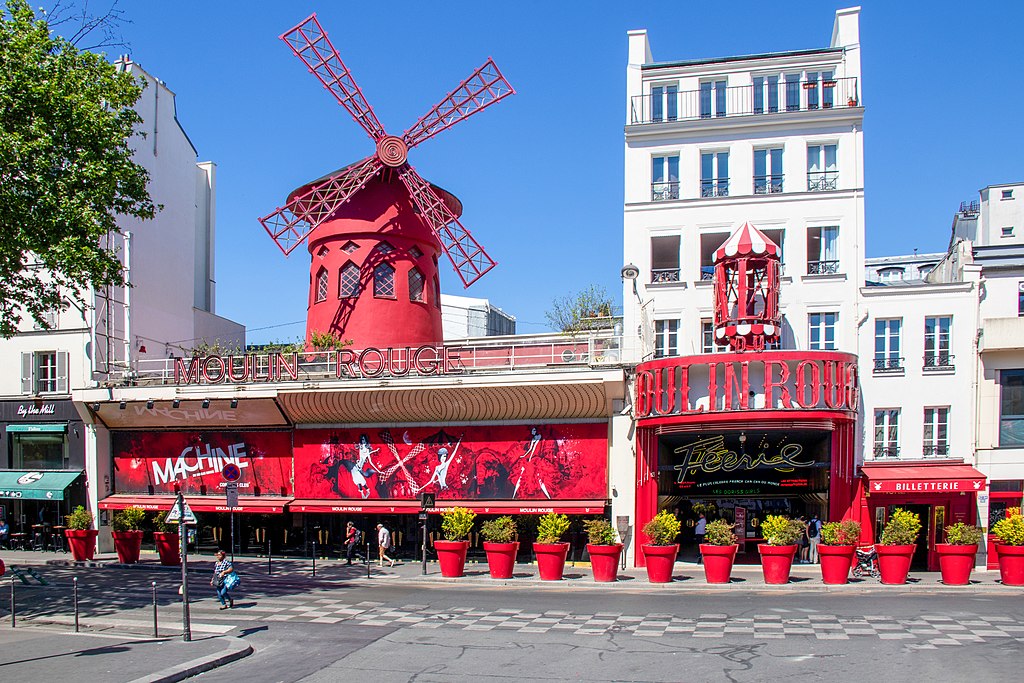 The latest place to stay in our capital is the Moulin Rouge Paris Airbnb – with the chance to spend the night in the iconic red windmill.

It’s the first time in the building’s 130-year history that this space will be open to the public. But not everyone is going to get the opportunity.

We take a look at the background of this famed building, and its latest incarnation as the most unique new residence in Paris.

Staying overnight at the Moulin Rouge

US-based vacation rental Airbnb has announced a world first – the once-in-a-lifetime opportunity to spend the night at the Moulin Rouge, staying inside the famed windmill.

How much will guests be willing to pay for this exclusive experience? Hundreds? Thousands?

The price is actually set at just €1 per night. But of course, there’s a catch! There are only three one-night stays available, and they are being offered as part of a ballot.

The three lucky winners will be able to step back in time, staying in a brand-new boudoir that recreates the elegance of Paris in the 19th and early 20th centuries.

The history of the Moulin Rouge

Translating as ‘red mill,’ the Moulin Rouge is one of the top tourist attractions in Paris.

Set on the Boulevard de Clichy in the 18th arrondissement (district) it’s adjacent to the Montmartre neighborhood. This area is also known for the Sacré-Coeur Basilica and its stunning views over the city.

The original Moulin Rouge opened in 1889 as a venue for lively – and legendary – parties. It’s most famous as the home of the can-can, the high-energy leg-kicking dance that defined the French music hall era.

Famous artists such as Renoir and Toulouse-Lautrec also drew inspiration from the Moulin Rouge, helping to immortalize it.

Sadly, a fire in 1915 destroyed the original building. But the one standing today is now over 100 years old, and is part of Parisian history and culture.

‘Féerie’ is the resident stage show, performed each day since 1999. It’s a riot of music and dancing, with a troupe of 80 artistes adorned with rhinestones, sequins, and feathers.

The iconic status of the building received a boost in 2001 with the release of the Oscar-winning movie Moulin Rouge! starring Nicole Kidman. Although set in Paris, it was actually shot in Australia.

And now a stage show based on the movie is enthralling audiences on both Broadway and the West End of London.

But the popularity of the most famous cabaret in Paris endures, with thousands of tourists visiting the one true Moulin Rouge every year.

But after the curtains close and the dancers take their bow, patrons have to leave and return home for the night. Until now…

What to expect at the Moulin Rouge Paris Airbnb

For the first time in history, guests will be able to stay the night. But what can the lucky Airbnb winners expect?

Upon arrival, lead dancer at the Moulin Rouge Claudine Van Den Bergh will greet them, followed by an apéritif on the private rooftop terrace.

Staying true to the Belle Epoque style, there is a four-poster bed, vanity unit, vintage bedside tables, and other antiques, sourced by Jean-Claude Yon, a historian of 19th-century France.

The boudoir also has wardrobes with glamorous outfits and accessories, all adorned with classic French fabrics and flowers.

In the evening, guests can look forward to a three-course dinner prepared by resident chef Arnaud Demerville. Finally, they'll head downstairs to watch the cabaret from the front row, followed by a meet and greet with the cast.

Perhaps the one downside of the Moulin Rouge Paris Airbnb is the lack of en-suite facilities. Guests wanting to use the restroom must walk outside onto the terrace and downstairs to a club next door, Le Bar à Bulles.

But it’s a small price to pay for such an exclusive opportunity.

There are three one-night stays available, each for two guests.

These are on specific dates – June 13th, 20th, and 27th. Requests to book the room open on Airbnb’s website May 17th.

We predict this opportunity to be very popular, with entries expected from all over the world.

Even if you don’t win the chance to stay in the Moulin Rouge Paris Airbnb, you might still be looking for your own piece of our capital.

If you’re interested in buying, renting or selling, feel free to contact the experts at 56Paris today for a no-obligation chat.