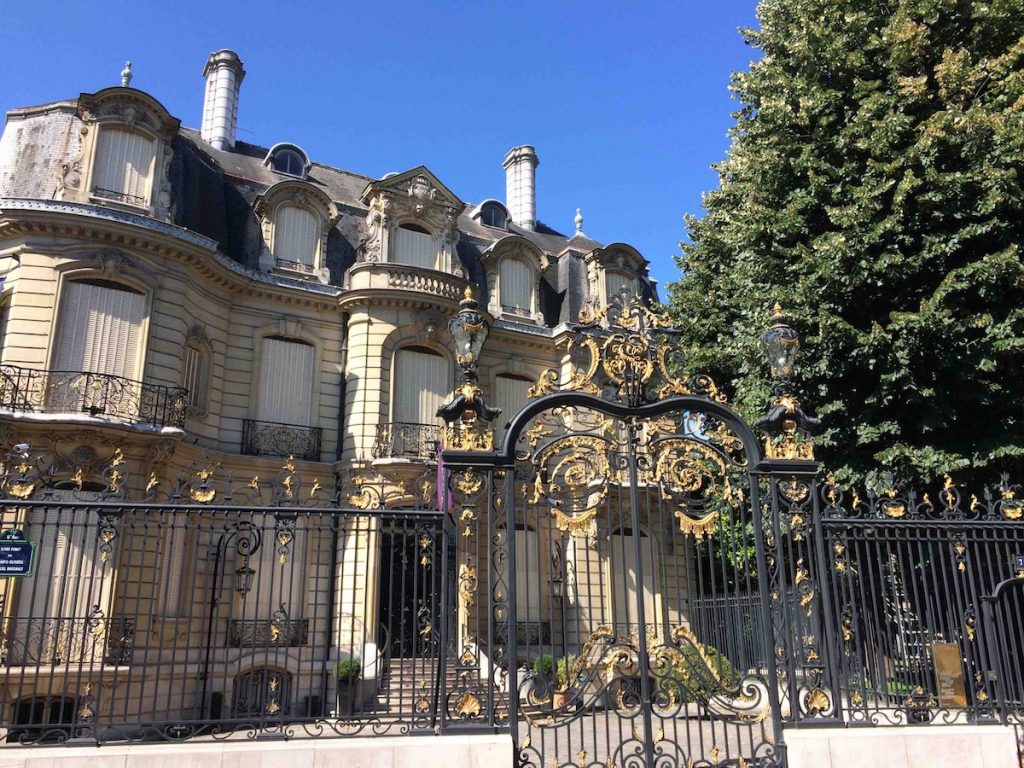 In the concluding part of this blog, we continue the story with more houses in Paris. Who lives in them, and how do they differ from the capital’s famed apartments?

You can also catch up with part one of the article here.

Paris houses in the modern era

After Haussmann had completed his ambitious plans to redesign Paris in the late 19th century, a new era of living began in the City of Light.

From the turn of the new century, individual houses in the capital were becoming rare. Divided up into apartments and smaller dwellings, single-house living became a thing of the past.

Later, as the century progressed after the World Wars, the modern era of construction began. And individual houses were virtually never built. Instead, there were higher-rise buildings, large apartment blocks, and offices.

For almost all Parisians, living in an apartment became synonymous with life in the capital. It’s the very image of Paris life. Très chic!

And by the year 2000, owning a house in the French capital became a rare luxury indeed.

According to the census of INSEE in 2012, there are 13,094 individual houses in Paris. In a city of 2.1 million inhabitants, that means a fraction of Parisians live in single-family homes.

But there are still complete houses available in Paris. At a price of course.

This “micro-market” of Parisian properties involves less than 25 transactions on average each year. And as you’d expect, average prices are millions of euros.

To give some indicative prices, an elegant three-story period house in the 7th near the Assemblée Nationale is currently on the market for 4.9 million euros. The price is 32,236€/m² for this typically Parisian property.

And currently for sale, a four-bedroom house with an indoor pool, also in the 7th near the Rodin Museum is 40 million euros. This one works out to 47,163€/m².

Stars and their Parisian houses

As you would expect, the high society of the city and many celebrities live in Parisian houses. Or at least to own them as one of their many homes.

From history, the writer Victor Hugo lived in the 4th arrondissement. Today, this district is home to billionaire businessman Xavier Niel. His house is the former Hôtel Coulanges in the heart of the Marais. The price? A cool 31.5 million euros.

But that pales in comparison to the former home of actor Gérard Depardieu. The Hôtel de Chambon in 6th arrondissement was his base for years. The film star later listed it for sale for the hefty price tag of 50 million euros after becoming a tax exile.

Several music legends are also homeowners. Both Céline Dion and Lenny Kravitz favor the prestigious 16th arrondissement. While Serge Gainsbourg was happy to reside in the 7th. The front gates of his house on the Rue de Verneuil are now a shrine to the singer, adorned with colorful graffiti and street art.

Of course, you don’t have to be a celebrity to own a whole house in Paris. But it certainly helps.

Buying your own Paris property

We can assist with all areas of the Paris real estate market. Whether you’re looking for an apartment or of course, a family home.

Get in touch with 56Paris today for free advice from our team of friendly experts, right here in the heart of the French capital.