Marais Neighborhood of Paris is Star of Film My Old Lady

Marais Neighborhood of Paris is Star of Film My Old Lady 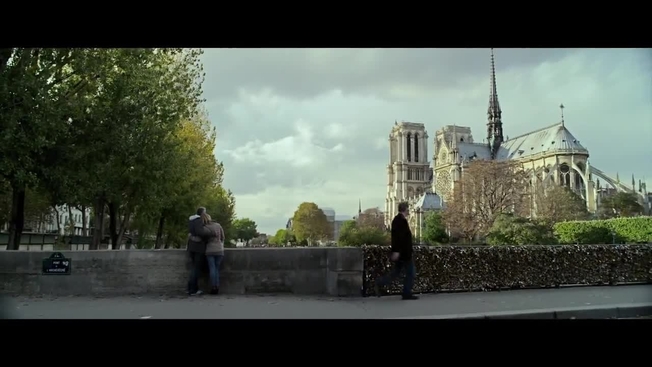 The Marais neighborhood of Paris is one of the colorful stars of the moving 2014 film, My Old Lady, starring Maggie Smith, Kevin Kline and Kristin Scott Thomas.

If you missed it at the cinema, you can now view this new Paris classic at home, as it has recently been released on DVD.

My Old Lady is a thoughtful emotional drama and a delightful showcase for the French capital – much in the vein of a number of other foreign-made favorites.

Among these are An American in Paris with Gene Kelly (1951); Funny Face, starring Audrey Hepburn (1957); and more recently, Before Sunset with Ethan Hawke and Julie Delpy (2004).

The Appeal of Paris Real Estate

In My Old Lady, a New Yorker (Kline) travels to France to see the vast Paris period apartment he has inherited from his estranged father. The property is in the 3rd arrondissement, characterized by handsome 17th and 18th-century period buildings.

On his arrival, he has a surprise: the property is already occupied. Living there is a refined retiree (Smith) and her protective daughter (Scott-Thomas). The story of their consequent ménage-à-trois is full of humour, emotion and, finally, romance.

Paris as Parisians Know It

Sensitively shot, My Old Lady encapsulates the intimate side of Paris and really shows Paris as Parisians live it.

And we will let you in on a secret. The film was not actually filmed on location in the Marais neighborhood of Paris.

It was actually shot in la Manufacture, located in les Gobelins in Paris’ 13th Arrondisement, operated and maintained by the French Ministry of Culture.

The Manufacture des Gobelins was a tapestry factory, best known as a royal factory supplying the court of Louis XIV and later monarchs.

Playwright Israel Horovitz and his crew jumped at the opportunity to film there. He said: “Almost the entire movie was shot inside the compound. At one point in its history, la Manufacture was its own city within the city, with a thousand people living there. We could park our trucks inside the gated compound and shoot in a way we never could in the busy Marais.

“Finding the apartment we used, with its creaky floors and general disrepair, was really what made the movie possible. It was like having our own little studio.”

For anyone interested in buying a property in Paris and in viewing a slice of Parisian life, My Old Lady is both informative and well worth a watch.