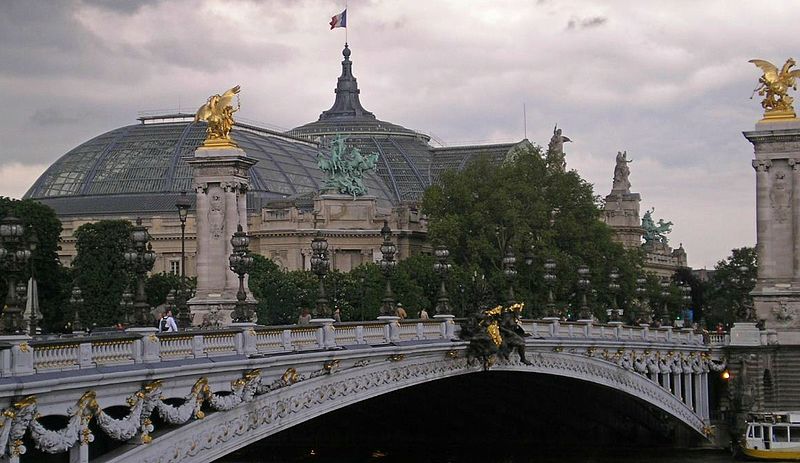 The Grand Palais renovation will be a 500€ million investment. Already one of the most iconic buildings on the Champs-Elysées, it promises to be become even grander.

We take a look here at the changes coming up over the next few years.

Called “a monument dedicated to the glory of French art”, the Grand Palais was originally intended to be a temporary building.

Constructed ahead of the Exposition Universelle (World Fair), it opened in 1900 and soon became a favorite with Parisians and visitors alike. So the building remained. In its 100th year, its permanence was secured when the Grand Palais was recognized as a monument historique by the French Ministry of Culture.

Over the years, the building became a hotspot for art and culture, with galleries, exhibition spaces, and a science museum. It even has a highly-regarded and trendy restaurant, the Mini-Palais.

Recognizable by its giant glass dome, the Grand Palais is one of the most distinctive on the Paris skyline. And the world’s gaze will be firmly on the building more than ever, when it hosts sporting events during the 2024 Summer Olympics in Paris.

The new renovation work is being funded by private donations from fashion house Chanel, along with money from the French government. Beginning in 2020, all works are expected to be completed by 2024, in time for the Olympics.

The revamp of the Grand Palais will add a pair of auditoriums and a rooftop terrace, offering stunning panoramic views. The works are being planned by LAN architects.

But one of the most exciting new developments will be the construction of a new pedestrian walkway. To be known as the Rue de Palais, it will run through the building and connect a garden overlooking the Seine with the Champs-Élysées. For visitors, it will be a whole new way to experience and use the area.

Overall, this exciting renovation project is another example of the city’s dedication to preserving its unique architectural heritage.

Also, public interest in the renovation is sure to have a positive impact on the property market in and around the Champs-Elysées.

Are you interested in property nearby? Perhaps a renovation project of your own, like this spacious two bedroom apartment in the Golden Triangle. Or perhaps this turnkey property on the Avenue Montaigne.

Whatever your needs, the experts at 56Paris are here to help. Get in touch today for friendly, no-obligation advice about any aspect of the Paris property market.