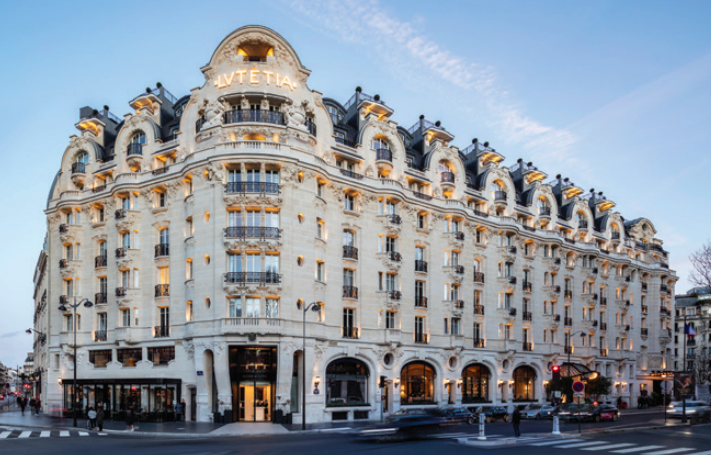 With the Lutetia Hotel in Paris given ‘Palace’ status, our capital has another, better than 5-star hotel. And the Left Bank has its first Palace hotel.

It joins the ranks of the other 11 properties in Paris given this esteemed accolade. But what does it really mean?

As one of the world’s finest capital cities, Paris has its fair share of 5-star hotels. However, the Palace status properties go even further.

Minister of Tourism established the label over a decade ago, it recognizes exceptional qualities that embody French standards of excellence. Even more, these hotels enhance the image of France throughout the world.

Not only is the Palace status a recommendation for guests to stay in these luxurious hotels. It also increases the property’s profile, especially on the international hospitality scene.

Essentially, it means they are better than 5-star. They are exceptional places to stay and enjoy Paris in total luxury.

The French government decides which hotels to designate as worthy of Palace status. They follow a rigorous, two-part process.

During the initial stage, they give hotels marks against a list of 200 strict criteria. This includes an exceptional location and architecture, gastronomical restaurants, the spa, pool and gym, concierge services, and multilingual staff. Also, 20% of rooms must be suites, with a minimum ratio of 2.2 employees per room.

If it passes, an evaluation stage by a panel examines even more requirements. These include location, appearance, building history and character, staff excellence, cuisine in the restaurants, and a respectful environmental policy.

Extremely strict, a mere handful of hotels achieve the status.

Now the Lutetia Hotel is one of them, it joins the ranks of other establishments such as the Le Bristol, the Hotel de Crillon and La Réserve Paris Hotel and Spa. It takes its place as one of the finest hotels in Paris.