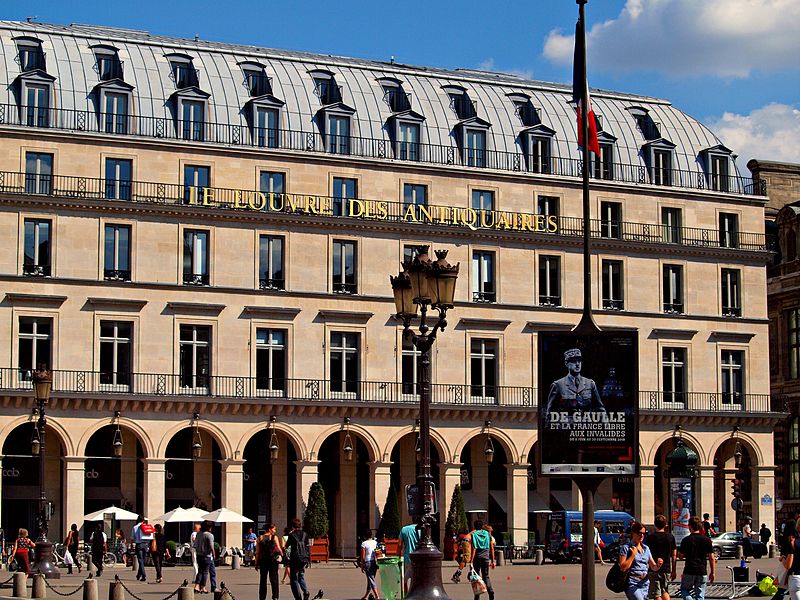 Developers are set to blow the dust off the largely abandoned Louvre des Antiquaires in Paris to create a luxury shopping mall, involving a €100-million investment.

The former complex of antique, art and jewelry shops, named after its location opposite the Louvre Museum, was once a lively shopping hub packed with intriguing objets d’art (art objects) but it has now fallen out of favor.

The number of shops within this impressive Hausmannian building has dwindled from 240 in the 1990s to just a handful today.

The company behind the plan is France’s oldest property company, the Société Foncière Lyonnaise, whose real estate investment trust now intends to fulfill the potential of one of the most prestigious and desirable retail spaces in Paris.

The site is close to the Palais Royal (former Royal Palace). It benefits from its proximity to the Louvre Museum, which welcomes 10 million visitors a year.

Following renovation of the former antiques emporium by around 2020, the building will be opened to fashion and luxury goods retailers.

The Louvre des Antiquaires is located in the first arrondissement on the Rue de Rivoli.

It was originally commissioned in 1855 by Napoleon III for the first universal exhibition as a 700-room luxury hotel to accommodate many of the visitors to the World’s Fair.

It later became a vast department store, the Grands Magasins du Louvre, and the magnificent stone lions still visible on either side of the main entrance are testament to this.

The Hôtel du Louvre itself was moved to the other side of the Place du Palais-Royal, where it remains a five-star hotel today.

The new shopping mall is set to bring a refreshed sense of luxury and glamour to the Rue de Rivoli, one of Paris’ most famous and iconic streets, and is likely to have a positive impact on property values in this already highly desirable neighborhood.