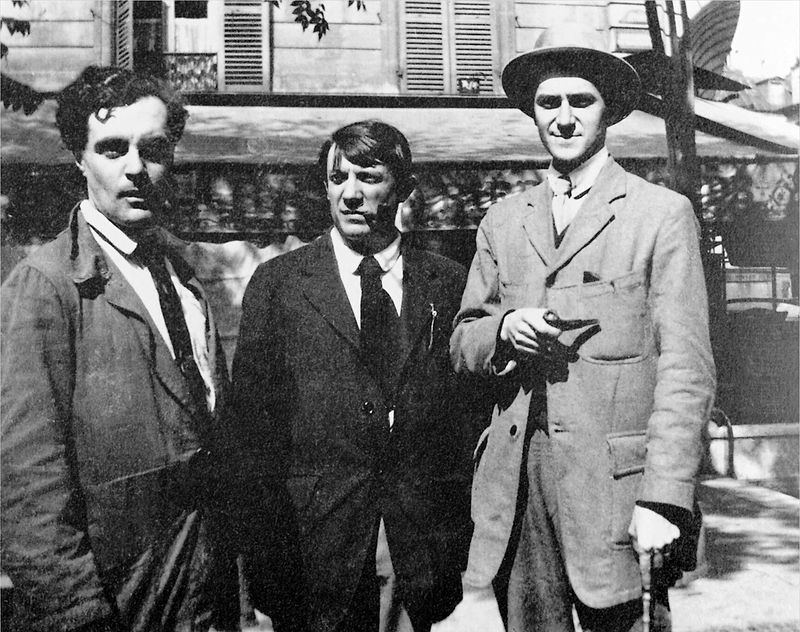 The love shared between Paris and Picasso is as strong today as ever.

A blockbuster exhibition about the artist now underway at the Grand Palais reveals his heroism and affection for the capital. At the same time, the building that housed his original atelier is at last under renovation.

Currently, as the French and international public are pouring through the doors of the major anniversary exhibition Picasso.mania, the mansion that housed the artist’s Left Bank studio is being restored.

This is thanks to an initiative by his daughter, Maya Widmaier-Picasso. The work however is the result of a long and bitter battle over the mansion’s future.The elegant 17th-century Hôtel de Savoie at 7 rue des Grands Augustins in the fashionable 6th arrondissement (district) is one of the grand mansions for which Paris is famous.

The plaque next to its wrought iron gates reads: “Pablo Picasso lived in this building between 1936 and 1955. It is in this studio he painted Guernica in 1937.”

For more than a decade, le grenier de Picasso (Picasso’s studio) was looked after by a private cultural organisation, the CNEA (National Committee for Artistic Education). It used it as a venue for exhibitions and children’s workshops.

But in 2014 the building’s owners demanded it back, prompting a legal battle. The Chambre des Huissiers de Justice (Chamber of Legal Bailiffs), which bought the building in 1925, said it planned a €5 million renovation.

However the CNEA called on the French president, François Hollande, to list the studio as a historic monument. The proposal won the backing of many famous supporters. These included the actress Charlotte Rampling, philosopher Bernard-Henri Levy and former Socialist culture minister Jack Lang.

In May 2014, the top two floors of the building including Picasso’s studio were classified as a historical monument.

The move was also due to lobbying from Maya Widmaier-Picasso, and her children Olivier, Richard, and Diana. They had a different vision for the building.

The family announced plans to retain the protected monument as a dynamic historic site and launched the Maya Picasso Foundation for Arts Education.

They reached an agreement with a development company called Helzear to manage the building’s restoration. Helzear is currently establishing “a versatile venue hotel that relates to the work of Pablo Picasso.”

The Foundation is to manage the ground floor as a space dedicated to “the development of activities related to the knowledge of the life and work of the artist, and for research projects.”

It has recreated Picasso’s studio in its original top-floor space. This will be accessible to art historians and artists, as will Maya’s rich archive of notebooks, sketches, and documents relating to her father’s output, along with her parents’ love letters and photographs.

The Picasso Museum will also participate by launching artist residencies, which the foundation specifies as projects “linking contemporary art creation to the hospitality project managed by the Helzear Company.”

It means the address is to become home to a commercial hotel, artist residencies, cultural hub, and historic monument all at once.

Picasso moved into the studio after separating from his wife Olga although 7 Rue des Grands Augustins was already familiar to him as it featured in the opening scene of Balzac’s The Unknown Masterpiece, a literary work he admired.

Picasso never forgot his native Spain, but Paris was where he became a great artist and allowed himself to be transported by its spirit of modernism and bohemianism.

It was here that Picasso observed the Nazi occupation of Paris and here that he created his dark masterpiece, Guernica, in 1936, at the start of the Spanish Civil War.

Although he suffered regular persecution by the Gestapo, Picasso refused to leave Nazi-occupied Paris. He was prohibited from exhibiting or publishing, all of his books were forbidden, and even the reproduction of his work was not allowed yet he continued to make art.

On August 25, 1944, the Liberation of Paris took place after a seven-day coup. His friend the famed Hungarian photographer Brassaï remembered:

“From one day to the next, Picasso’s studio was invaded [by an adoring public]. His courageous attitude made him a standard-bearer, and the whole world wanted to salute him as the symbol of recovered freedom. Poets, painters, art critics, museum directors, writers dressed in the uniform of Allied armies, officers or simple soldiers, climbed the steep staircase in a compact mob.”

He added: “There was a crush of people at his place. He has become just as popular in Red China, in Soviet Russia, as he was in the United States after his major exhibition in New York. And, for months, Picasso good-naturedly relished universal glory, graciously made himself available to journalists, to photographers, and even to the curious who wanted to see him in the flesh.”

At Paris56 Real Estate, we salute the work of the Maya Picasso Foundation for Arts Education in protecting the beautiful mansion house that is 7 rue des Grands Augustins.

Its unbreakable link with Picasso makes it fundamental to Paris’ architectural and artistic heritage.