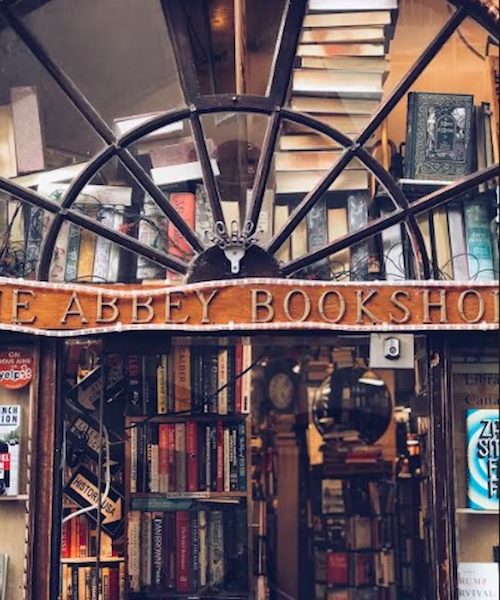 There are many lesser known Parisian landmarks around the City of Light.

Of course, everyone visits the Eiffel Tower, Arc de Triomphe, and Sacré-Coeur. But put down the well-thumbed guidebooks, and there’s plenty more to discover. Including a range of grand gardens, houses, and museums that might be off most tourists’ radars.

We take a look at some of these ‘hidden’ attractions…

Paris has a history stretching back more than 2000 years. But the oldest stone house to have survived centuries of history dates from 1407.

It’s tucked away in Le Marais, the historical heart of Paris in the 3rd arrondissement (district).

A famous alchemist called Nicolas Flamel built it, and legend has it that he experimented in the house, trying to transform base metals into gold. It’s a story that even inspired J.K. Rowling in the first Harry Potter book.

That probably never happened. But the house itself is now a fine-dining restaurant called the Auberge Nicolas Flamel.

Size isn’t everything, especially with one of Paris’ more petite attractions.

Located in the 10th arrondissement, 39 Rue du Chateau d’Eau measures just 3 feet wide by 16 feet tall. That makes it a similar size to a Queen-sized mattress.

Once an empty passageway between two buildings, a shoemaker converted it into his studio around a hundred years ago. But now it’s an apartment that’s perfect for one person. As long as they don’t have claustrophobia!

Rather than people, the Cimetière des Chiens et Autres Animaux Domestiques (Cemetery of Dogs and Other Domestic Animals) is a pet cemetery devoted to all kinds of animals.

The first zoological necropolis in the modern world, it opened in 1899. Beyond its iron gates, this unique spot offers graves for dogs, cats, horses, monkeys and even sheep.

One memorial is for ‘Barry,’ a dog who fought in World War I and saved the lives of 40 people.

Not all the animals have passed on though. Dozens of cats happily live there, wandering around the graves.

From the outside, you might not notice anything too unusual about the Notre Dame du Travail. It’s a fairly traditional sandstone church located in the 14th arrondissement, near the Place de Catalogne.

But step inside, and the difference is immediately clear… The interior is a crisscross of metal rods, like an intricate network of iron scaffolding formed into arches, pillars, and towers.

Designed by French-born architect Victor Baltard, this masterpiece in metal is well worth a visit to see Paris’ alternative architecture.

If you’re looking for English-language books in Paris, a sure bet is the Abbey Bookshop.

Founded 30 years ago by a Canadian, you’ll find it in the cool Latin Quarter in the 5th arrondissement. A large Canadian flag above the door will let you know you’re in the right place.

The store is an old-fashioned delight, with over 35,000 books stacked floor-to-ceiling. Small wooden ladders run along the shelves that can fetch any title.

The Abbey specializes in rare fiction, photography books, and out-of-print titles that you won’t find on Amazon!

The building itself is the former Hotel Dubuisson, one of the most beautiful in the Latin Quarter. It’s protected as a monument for its picturesque façade, sculptural decoration, and carved doors.

There are many more ‘hidden’ landmarks in Paris, you simply have to know where to look.

And you could continue with part two of this article, coming very soon.

In the meantime, if you’re looking for advice about living in the capital, buying property or any aspect of the real estate market, we’re here to help.

Get in touch with the friendly experts at 56Paris today, and we’ll be happy to chat and offer free advice.