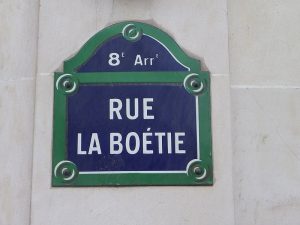 Mitsubishi Estate, the real estate subsidiary of the Japanese financial corporation, has made its first French acquisition. It has bought a Paris office building from Invesco Real Estate for an undisclosed sum.

The property at 46 rue de la Boétie in the 8th arrondissement (district) offers around 2,400m2 of office space. It was formerly the headquarters of the French daily newspaper Les Echos.

The building was entirely renovated in 2008. It is now occupied by six companies, including Allianz Real Estate and the UK Financial Times.

The Japanese firm has previously focused on leasing and development projects in the West End and City of London. It set up Mitsubishi Estate Company (UK) Ltd. for this purpose in 1986.

The Paris acquisition is its first direct investment in Europe, since it has previously acted via London-based investment manager Europe Capital. Now, Mitsubishi has indicated that it plans to increase its acquisitions worldwide, including within continental Europe.