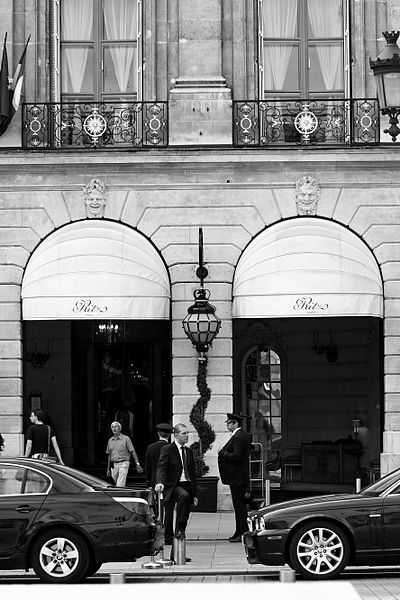 The French capital is holding its breath as the Ritz Paris re-opening draws near after more than three years of top-to-bottom renovations.

The doors of the Parisian icon have been firmly closed since 2012 while it has undergone a multi-million-euro refurbishment whose details have remained under wraps.

The grand hotel is scheduled to re-open officially at the end of this year. It is allocating first bookings exclusively to its preferred guests.

Bookings are available from now to the general public for stays beginning March 2016.

Considered a masterpiece of classical architecture from the end of the reign of Louis XIV, the hotel is located in the 1st arrondissement and overlooks the octagonal borders of the Place Vendôme.

Bouygues Bâtiment Île-de-France, a subsidiary of Bouygues Construction, won the contract to renovate the Ritz Paris for nearly €140 million.

The interior work has been directed by the talented French architect Thierry Despont, responsible for the renovation of the Carlyle in New York and the Dorchester in London.

Exact details of the make over remain under wraps but the hotel has sought to maintain its old-world elegance, typified by majestic winding staircases, crystal chandeliers, draperies and sculptures.

It appears that the hotel’s intrinsic qualities – that drew such luminaries as Marcel Proust, Ernest Hemingway, Coco Chanel, Scott and Zelda Fitzgerald, Cole Porter and Ingrid Bergman as fond patrons – will remain unchanged.

Sophia Loren declared the Ritz Paris “the most romantic hotel in the world” while Coco Chanel felt so at home that she moved into a suite in 1934 and lived there until her death in 1971. For Marcel Proust, the Ritz was a haven. He “went to the Ritz to live,” he said. “They don’t hustle me, and I feel at home there.”

The hotel’s general manager, Christian Boyens, recently told The Australian: “The Ritz will stay The Ritz. You won’t find any brushed aluminium or frosted glass in the hotel when it re-opens. But what you will find is that the beautiful antiques that we have will be carefully restored. The chandeliers and lamps and other fittings will all be refurbished. On the surface it will look the same, but behind the walls, you’ll have a 2015 hotel.”

Glimpse Behind the Scenes

For those who cannot wait until the Ritz Paris re-opening, a video on the hotel’s website gives a sense of the renovations underway, as well as insight into the highly specialized skills of the artisans at work.

The renovations include a façade restoration, landscaping of the famous rooftop Grand Jardin, and a re-work of the Hemingway Bar, Ritz Escoffier School of French Gastronomy and L’Espadon restaurant. The number of guestrooms has been reduced from 159 to 142, 71 of which are now to be suites.

One of the major additions will be to The Ritz Club, which houses a neo-classical swimming pool, sauna, Turkish bath, and the world’s first – and only – Chanel spa.

A new private tunnel to the underground car park has also been installed, which will appeal to the world’s rich, royal and famous hoping to slip in unnoticed by the paparazzi that station themselves outside the hotel’s front doors.

Cesar Ritz founded the Ritz Paris in 1898 with the chef Auguste Escoffier. The two had been manager and chef respectively of the Savoy Hotel in London. Cesar Ritz died in 1918 and his widow Marie-Louise and son Charles then ran the hotel. After Charles’ death in 1976, its current owner Mohamed al-Fayed purchased the hotel.

Since then, the hotel has maintained its standing as an elite haunt for heads of state, Parisian society and the glitterati.

The hotel is ranked highly among the most prestigious and luxurious hotels in the world and is a member of The Leading Hotels of the World.

In recent years the French government has begun recognizing the crème de la crème of luxury hotels in France and has created the Palace designation for hotels above five stars.

The Ritz Paris is synonymous with the iconic elegance, charm and sophistication of the French capital – that je ne sais quoi (indefinable quality) that draws so many foreign buyers and visitors to the city year after year.

The decision to undertake the major renovation of the Ritz Paris may well be connected to the fact that in 2011, when the French Tourism Ministry awarded its highest designation to only three hotels in the city, the Ritz was not among them.

Whether its new incarnation changes this fact remains to be seen but one thing is certain. Few hotels, anywhere, have the power to evoke such sense of place and history as the Ritz Paris.