Hotel Lutetia is Due to Reopen in May 2018 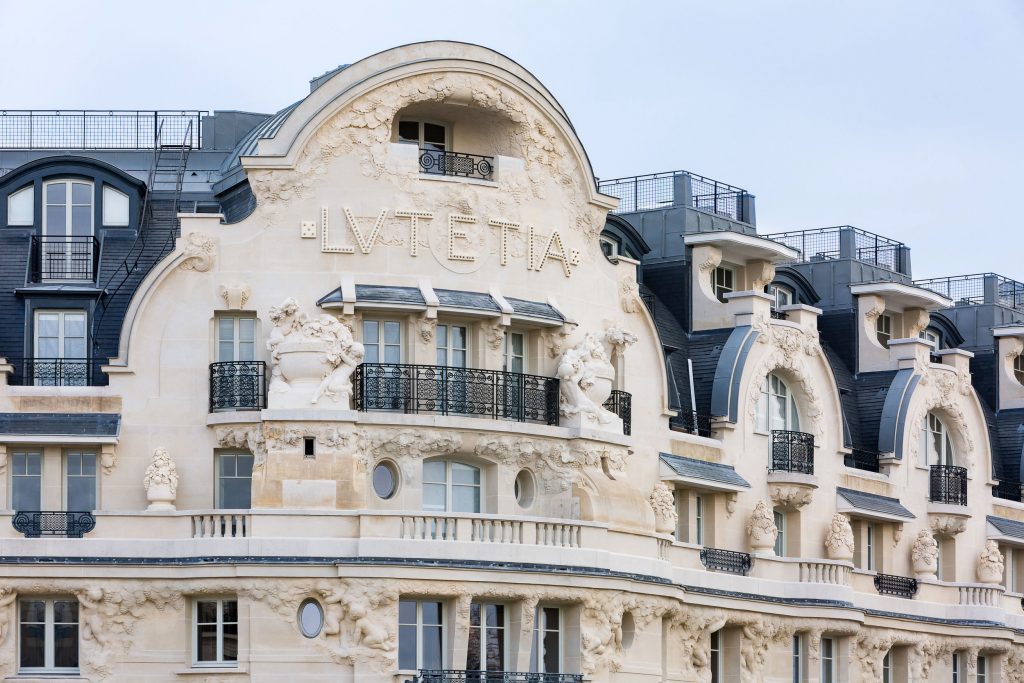 Since 2014, Paris has been missing its only 5-star hotel on the Left Bank. But now, after a multimillion-euro refurbishment, the Hotel Lutetia is due to reopen in May 2018. And the hopes are high that the hotel will be grander than ever before.

An illustrious history in Paris

Named after the Roman word for Paris, The Hotel Lutetia is one of Paris’ classic examples of Art Nouveau architecture.

The owners of the renowned Bon Marché department store built the hotel in 1910. Set just across the street from their store, it gave easy access to their customers.

The hotel soon became a favorite of Pablo Picasso and Ernest Hemingway. It later attracted many other artists, writers and glitterati of the 20th century. Other fans included Henri Matisse and James Joyce.

Now, in a new era, the Hotel Lutetia is being overhauled to meet the demands of the modern traveler.

Architect Jean-Michel Wilmotte has preserved the hotel’s historical elements. But he’s also added cutting-edge contemporary design features. It’s set to be a unique mix of the old and new. Here at 56Paris, we can’t wait to see another preservation project achieving such international prominence.

The hotel boasts a new jazz bar, cigar bar, and open-air courtyard. In addition, there are new restaurants helmed by former Executive Chef at the Ritz Paris, Michelin-starred Benjamin Brial.

The renovation has actually decreased the number of guest rooms from 233 to 184. This means the bedrooms will be larger than before. Plus, more than a quarter of the accommodation is now made up of luxury suites.

The quest for ‘Palace’ status

A big part of the hotel’s renovation plans has been to earn Paris’ esteemed ‘Palace’ status. This special accolade shows the hotel goes over and above a ‘standard’ 5-star hotel. It’s awarded by the city’s Ministry of Tourism to a strict set of criteria.

To become a Palace hotel, properties must embody French standards of excellence, and ultimately, enhance the image of France throughout the world.

It’s early days, but it seems the Hotel Lutetia may just make the list of the finest hotels in Paris. This is sure to delight its owners, The Set hotel’s group. It will put the luxury property in line with their others in London and Amsterdam.

Property on the Left Bank

If you would like to own a piece of Left Bank history, this one-bedroom apartment is currently for sale. It’s just one of many period properties available in the heart of St Germain.

Want to know more, or have any other inquiries about the property market in Paris? Don’t hesitate to contact our team of friendly experts for free, no-obligation advice.