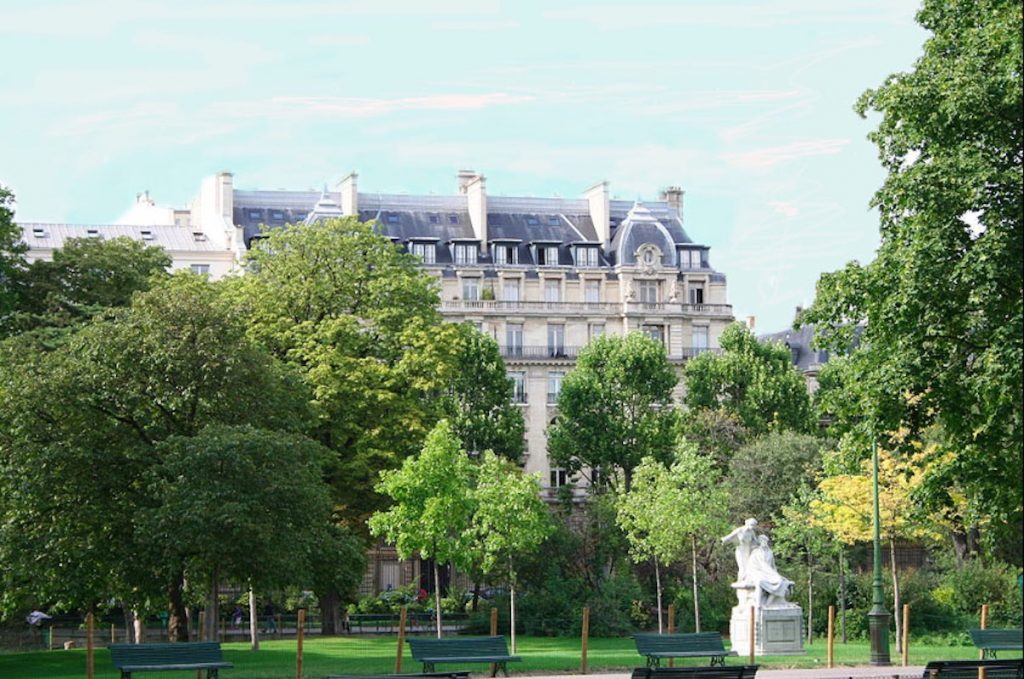 Looking for some Haussmannian fun facts?

We reveal some fascinating information about “the man who created Paris.” His elegant buildings with their wrought iron balconies are synonymous with the beauty of the city.

Who was Baron Haussmann?

After the French Revolution and political events in the 19th century, the French capital underwent a massive period of change and modernization.

Under the orders of Napoleon III (great-nephew of Napoleon Bonaparte) worked Baron Georges-Eugène Haussmann. The mastermind of the project.

Bringing in a new style of architecture, open parks, and clean water was just the start. Baron Haussmann’s most ambitious plan was to reshape the city.

Pre-Haussmann, Paris had 12 boroughs. Together, they covered an area of 3,300 hectares and housed 400,000 inhabitants.

Haussmann changed all this, tearing up the map and re-dividing Paris into a new grid.

After making his changes, the capital had 20 arrondissements (districts). These covered a far larger area of 10,000 hectares, and a population that grew to 1.6 million.

His legacy has stood the test of time, and is not too far removed from the Paris we know today.

Even now in the sustainable age of the 21st century, there is still a lot we can learn from this icon of French history.

By the year 1845, over three-quarters of Parisians were living in unsanitary, dangerous conditions.

To overcome this, Haussmann knew he needed to bring in clean water and fresh air into the stale city. In fact, it was a directive of Napoleon III, who wanted Paris to reflect the cleanliness he had seen in the streets of London.

Haussmann started with a system of aqueducts. This brought clean, fresh water into some people’s homes and workplaces. Others relied on a new network of neighborhood fontaines (faucets).

As for the air, Haussmann created several wooded squares and parks around Paris. The most famous are the Bois de Vincennes and Bois de Boulogne.

Haussmann demolished before he built

As work started, Haussmann soon earned the nickname “The Demolisher.”

He plowed over the ancient, winding streets of Paris. And in their place grew the wide, straight boulevards we know today.

Around 20,000 old buildings found themselves destroyed to reveal the new Paris. But later, Haussmann was responsible for the construction of 30,000 new buildings. So the balance was a positive one.

The Baron’s grand plans did not come cheap.

During the period of urban renewal, statesman Jules Ferry published “The Fantastic Accounts of Haussmann.” This claimed the cost of work from 1851 to 1869 was a mind-boggling 2.5 billion gold francs.

Although many may have reaped personal wealth from the transformation of Paris, Haussmann wasn’t one of them.

Though he died virtually penniless, at the age of 81, his legacy lives on. To this day people associate Paris with his grand boulevards and ornate cut stone buildings.

Are you looking to invest in Paris real estate? Perhaps with your very own Haussmannian apartment?

Get in touch with the experts at 56Paris today for free and friendly advice on all aspects of the capital’s property market.