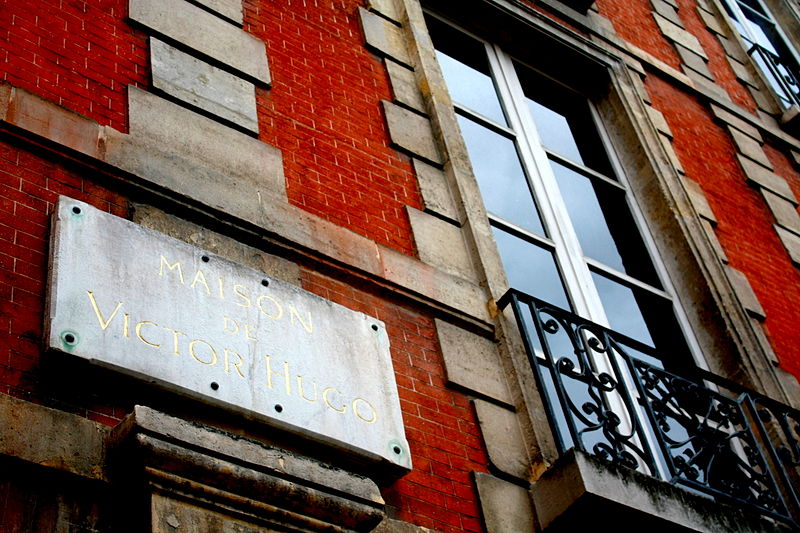 Honoré de Balzac, Victor Hugo and Simone de Beauvoir all left their mark on French literature, as well as the Paris real estate of their respective times. French newspaper Le Figaro has published Parigramme’s interactive map created by Françoise Besse. It takes us on a fascinating literary tour of Paris.

Writers’ enclaves existed everywhere from the Grands Boulevards to Saint-Germain-des-Prés and Montmartre. The greatest French authors have almost always taken up residence in the capital, with varying degrees of success. Many writers moved frequently.

Emile Zola had nearly twenty different dwellings, says Le Figaro. Charles Baudelaire lived in virtually all the hotels in the capital at one time or another. One at 19 Quai Voltaire in the 7th district and another at 22 rue d’Amsterdam in the 9th have plaques on their façades commemorating his passage.

Paris real estate then and now

Not all of them appreciated their Paris real estate experiences. Jean-Paul Sartre and Simone de Beauvoir lived comfortably in Saint-Germain des Prés and in Montmartre. But in her book La force de l’âge, de Beauvoir wrote that her previous residence at 33 rue Dauphine in the 6th had been « a dump. » How times have changed. Her former street is currently one of the favorites of Paris real estate. The building she lived in is now home to the luxurious Hotel d’Aubusson.

Colette referred to a piece of Paris real estate she occupied early on as a “dark apartment between two courtyards, on the poor and sad rue Jacob. » It is neither poor nor sad these days, but rather a highly sought after address in the 6th.

Colette preferred the “romanticism” of 57 rue Cortambert in the 16th. She later wrote of the whole of the Palais-Royal neighborhood in the 1st as “a little province full of the friendliness and solidarity that is missing in the actual provinces. » Little did she know how long the popularity of her favorite area would endure, with properties such as this rental with stunning views of the Louvre and the Seine.

Sometimes, writers’ accommodations pass on to posterity. The homes of both Balzac and Victor Hugo have become museums. A visit to either one is like stepping back in time to when these great writers occupied them.

Certain foreign writers have left their mark as well. Oscar Wilde lived at 13 rue des Beaux-Arts in the 6th. The rooms he spent his final days in are now a suite named after him in a luxury boutique hotel simply called “l’Hotel.”

« Modern » architecture in Paris has not always met with instant popularity. Guy de Maupassant did not welcome the Arc de Triomphe “standing on the city with its two monstrous legs.” Not even the now beloved Opéra Garnier met with his approval. He was not keen on its “pompous and whitish façade. »

De Maupassant even signed the “Artists’ petition against the construction of the Tower of Mr. Eiffel.” Luckily for all of us, the Eiffel Tower was built and preserved despite their protests. We can only imagine he was fond of his own property at 19 rue Clauzel in the 9th district.

If Paris’ walls could talk they would have a lot to say, with most Parisian buildings being more than a hundred years old. The city’s famous and not so famous inhabitants have created both history and their individual life stories here for centuries.

Contact us to find your own home in Paris.