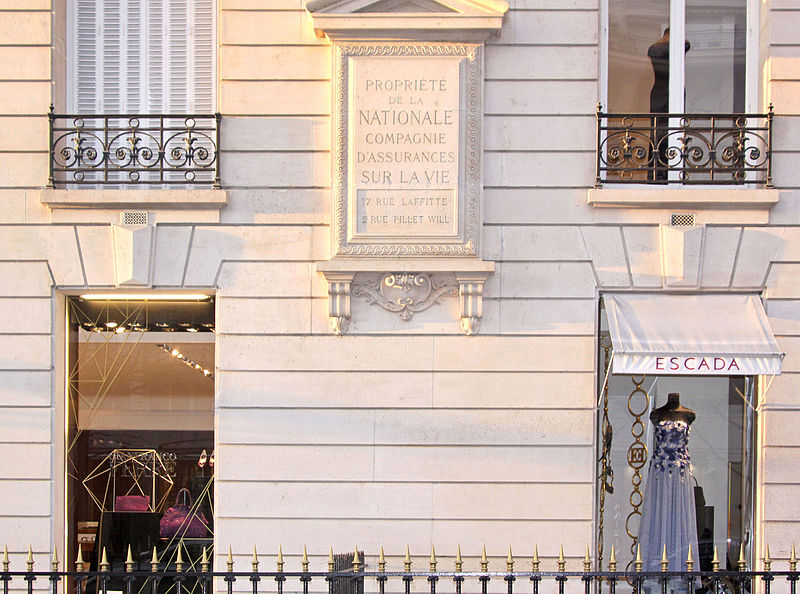 The French capital’s premier global position in the luxury retail sector is behind the latest double vote of confidence in retail real estate in Paris from major institutional investors.

The beginning of 2016 saw the acquisition of prime property on the Avenue Montaigne, for a new flagship Céline store, and on rue Saint Honoré, for luxury fashion brand Roberto Cavalli.

La Française Real Estate Partners bought the flagship Céline store at 53 Avenue Montaigne in the 8th arrondissement (district) of Paris. This was for a major French institutional client.

The property is in the heart of the city’s sought after Golden Triangle. This is enclosed by the Avenue Montaigne, Avenue George V and the Champs-Elysées.

Many prominent brand names are concentrated there. They include luxury hotels such as the Four Seasons, George V and Plaza Athénée, and leading fashion designers such as Chanel, Christian Dior, Gucci, Louis Vuitton, Armani, Prada, and Versace.

Patrice Genre, Chairman of La Française Real Estate Partners said: “This exceptional address on Avenue Montaigne … is perfectly in line with a long-term ownership strategy, where location and visibility are the deciding factors.”

CBRE Global Investors bought the flagship store of Roberto Cavalli on behalf of one of its funds. It now owns a nine-storey property at 261 rue Saint Honoré in the 1st arrondissement (district).

The store has a superb location on the corner of rue Saint Honoré and rue Cambon and fronts both prestigious shopping streets. The area is in high demand with luxury brand retailers.

John Mulqueen, Head of Transactions EMEA, CBRE Global Investors, said: “This was a rare opportunity to secure such a prominent property let to an established luxury brand. It sits in the heart of the Paris luxury retail district – one of the finest retail locations in the world. It provides a strong income. With rents forecast to continue to grow in Paris, we see major potential over our planned long-term hold.”

Paris’ Avenue des Champs-Élysées is the most expensive retail street in Europe. It is ahead of London’s New Bond Street in second place, according to a 2015 global research report by Cushman & Wakefield.

The Golden Triangle is known worldwide for its beautiful mansions, palace hotels and boutiques showcasing the biggest brands of haute couture and luxury. It’s possible to pay more than €25,000/m2 for a residential apartment in this desirable area.

High-end acquisitions such as these serve only to underline the enduring value of Paris real estate.