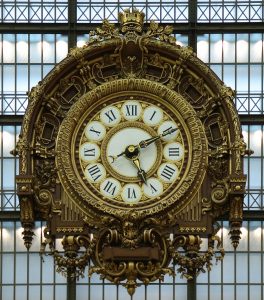 The index was launched in September 2014 and claims to be more up to date than the figures published by the notaires, officials who handle property transactions in France. The notaires normally publish their quarterly figures a couple of months after the end of the previous quarter.

LPI’s figures for the end of June show an average price for Paris of €8,371/m2. This is a slight decrease of 0.3% since June 2014. Nonetheless, Michel Mouillart, Professor of Economics at the University of Paris Ouest, who compiles the index, says that prices are now rising again. According to the index, average prices for apartments in Paris increased by 1.8% during April to June 2015.

The average price for Paris, of course, conceals considerable variation within and among arrondissements (districts). It’s possible to pay more than €25,000/m2 for upscale properties at sought-after addresses.

Price movements have also varied among arrondissements. The index shows that three arrondissements experienced increases during the previous three months: the 11th (+7.1%), the 18th (+1.3%) and the 20th (+1.8%).

Prices in most of the other arrondissements remained stable or dipped slightly. The 6th arrondissement, the most expensive in Paris, saw prices increase slightly by 0.2% to an average of €11,570/m2, having seen a correction in 2014 from very high levels. Again, it’s possible to pay much more than that in desirable neighborhoods.

The index shows that there was sustained activity in the market for period properties during June. This was expected to continue into July, fueled partly by ongoing low mortgage interest rates. The market normally experiences a lull in August, the traditional vacation period in France.

For the French property market in the fall Michel Mouillart predicted, “The price evolution should become positive again.”