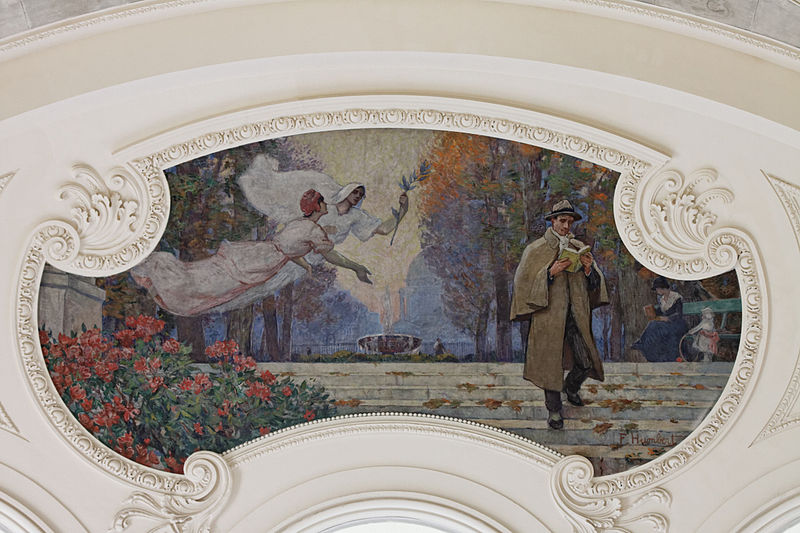 French art and real estate are to forge a new alliance thanks to Un immeuble, une oeuvre (One Building, One Work of Art), a new scheme devised by the French Ministry of Culture.

Thirteen of the country’s most influential real estate developers have committed to commissioning an original work of art from a living artist for every new building project they begin. These could be large-scale installations, sculptures or ceramics, photography, murals or paintings.

The exciting program is the brainchild of the Minister of Culture Fleur Pellerin. She believes the commissioning of site-specific art will bring color and creativity into the public sphere and provide professional artists with fresh opportunities for work.

While France has historically had a long tradition of support for the arts, the 20th century saw a decline in the private patronage that once played such a major role in arts promotion, particularly collaboration between visual and monumental arts.

The effect of the initiative is likely to be felt across the country. Given that at least 3,000 new major building projects are begun each year, if at least half of these become showplaces for new works of art, the French artistic scene is sure to be energized.

The idea behind the project is not entirely new. A 1951 French ruling called 1% artistique (1% artistic) aimed to ensure that whenever a new public building or space was built or created, a percentage of the overall cost of the scheme was required by law to be spent on art for the benefit of the public.

Unfortunately, the administration of the 1% artistic scheme was hampered by bureaucratic constraints. Artists also criticized a lack of response by regional and local authorities.

One Building, One Work of Art, however, recognizes that private developers build most new real estate today. Nor does it impose a minimum commissioning cost. It requires simply that the artist be remunerated appropriately and that the developer pays the costs of the installation.

From Ancient China, Classical Greece and Rome, the Renaissance through to the Bauhaus, the collaboration between art and architecture has been important to society.

At 56Paris Real Estate, we wholeheartedly welcome the One Building, One Work of Art initiative for both its creative aims and its grounding in commercial reality.

If local communities love the new works by French artists that real estate developers showcase in their building projects, everyone gains.