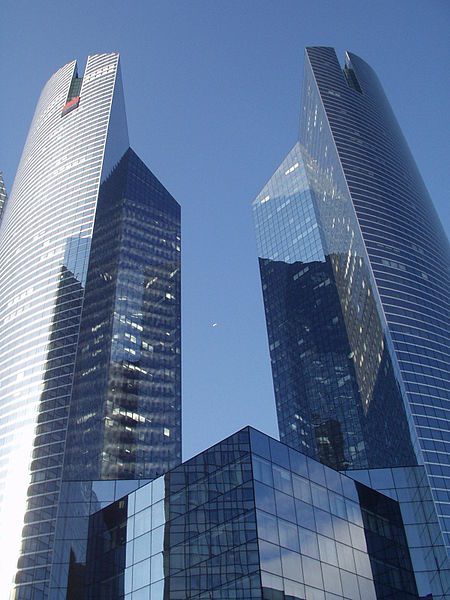 The news comes in a report published by EY. It studied the 17 most attractive business districts in the world and ranked them from top to bottom.

Paris continues to benefit from Brexit

This impressive ranking is further bolstered by news that the European Banking Authority will be moving to Paris after Brexit. In addition, a study conducted by commercial realty experts Knight Frank found that Paris is a better option than London for start-ups.

Paris’ ranking in the EY study places it ahead of key cities including Singapore, Chicago and Frankfurt. Vincent Raufast, senior manager at EY, explains that this is due to the district’s impressive versatility.

The report assessed each district against 7 principal criteria. These included the ability to attract talent, urban quality of life, proximity to markets and customers, local and global influence and real estate offer. Paris almost always fell between 7th and 10th place for each criterion.

Paris’ greatest asset without a doubt is that it has the most dynamic real estate market. For this criterion, Paris came 2nd only to Singapore. Cities elsewhere have a lack of land on which to build and little effort goes into renewing skyscrapers. La Défense, however, invests in improving its properties and has ample space to work with. According to EY, in 2016 La Défense had 275,000 m² of office space. It currently has 23 hectares of land available on which it can further expand.

EY underlines another strength of La Défense – its ‘global influence’ and its position ‘at the heart of the strategic decisions that structure the global economy’. Paris is home to numerous international institutions. There are 7 in Île-de-France, the region in which Paris lies. Comparably there are 2 in London and New York. Moreover, the seats of 27 Fortune Global 500 companies are in Paris. On the other hand, only 17 are in New York and 16 are in London.

In addition, Paris attracts millions of tourists each year. On average 18 million international tourists flock to Paris annually. This currently places it 2nd behind London, which receives 20 million.

Despite this, La Défense suffers compared to other cities from certain aspects of French governance. These include the cost of labor, taxation and social legislation. Nonetheless, there is widespread optimism that these areas will improve under the presidency of Emmanuel Macron.

We at 56Paris are proud of La Défense’s impressive ranking in the EY study. It showcases Paris’ commitment to becoming a key player in global business. EY naming Paris’ La Défense the world’s 4th best business district is also a testament to its position as a prime investment market. Residential property prices in Paris have been on the rise and are close to competing with London prices. If you’re interested in investing in Paris real estate, please contact us.