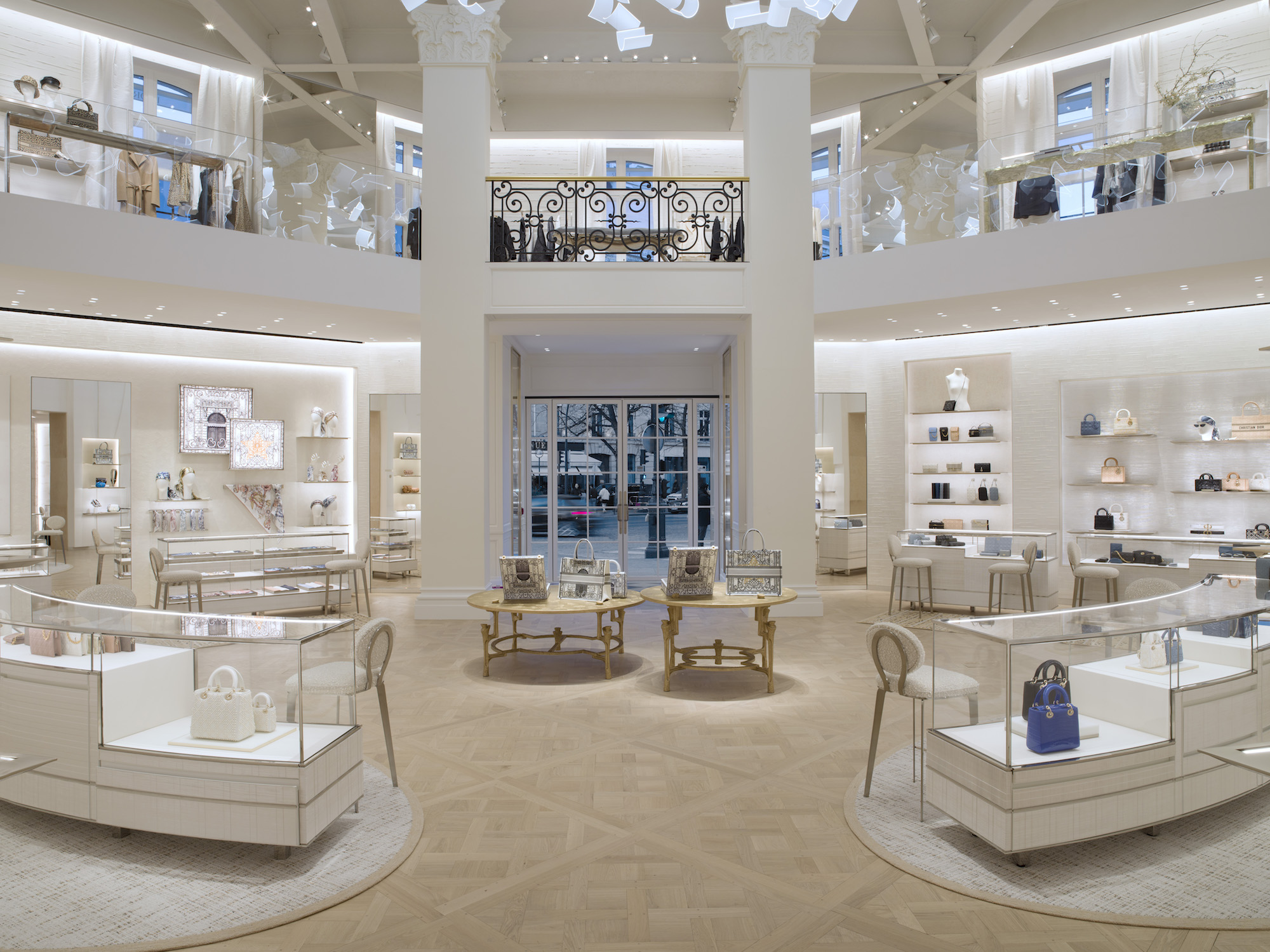 The iconic Dior store in Paris has undergone a massive transformation.

It’s the original headquarters of this fashion brand. But now in 2022 – it’s much more than just a boutique. It promises a whole new retail concept for shoppers.

We take you on a tour of the new-look flagship, one of the hottest addresses in the city.

You’ll find the store at 30 Avenue Montaigne, in the heart of the Golden Triangle in the 8th arrondissement (district).

Close by is the Champs-Élysées, along with many other fashion hotspots of the district such as Louis Vuitton, Prada, and Chanel.

This huge property is the very first Dior boutique in the world. But the doors have remained closed for the past two years.

Not just because of the Covid-19 pandemic. Behind the scenes, a dramatic renovation has taken place.

A symbol of our capital’s elegance and French haute couture, the Dior store in Paris now offers visitors a brand-new boutique, a gallery, restaurant, workshops, and even the chance to stay behind the famous doors in a private apartment.

The story of Dior

30 Avenue Montaigne has been the headquarters of Dior since the brand was born in the 1940s.

The story goes that Christian Dior fell in love the moment he saw this corner townhouse. Built in 1865 by Napoleon’s son, it’s a striking and elegant neoclassical hôtel particulier (private mansion).

“It had to be 30 Avenue Montaigne. I was going to settle here and nowhere else!” Dior said at the time.

The building transformed into an atelier spread over five stories, becoming the birthplace of the brand and all its chic creations.

The first Dior collection launched in Spring-Summer 1947, and was an instant hit.

In the first few years after World War II, women’s fashion entered a renaissance, and Dior’s styles were at the forefront. Gone were the old wartime fashions, and in were silhouettes with nipped-in waists and full mid-calf length skirts.

Dubbed ‘the new look’ by Harper’s Bazaar editor in chief Carmel Snow, it revived Paris’ fortunes as the fashion capital of the world, with Dior at the center.

The brand has gone from strength to strength over the years, led by many head designers, all household names. These include Yves Saint Laurent, Gianfranco Ferré and John Galliano. The current head designer, Maria Grazia Chiuri, is the first woman in the brand’s history to create the collection.