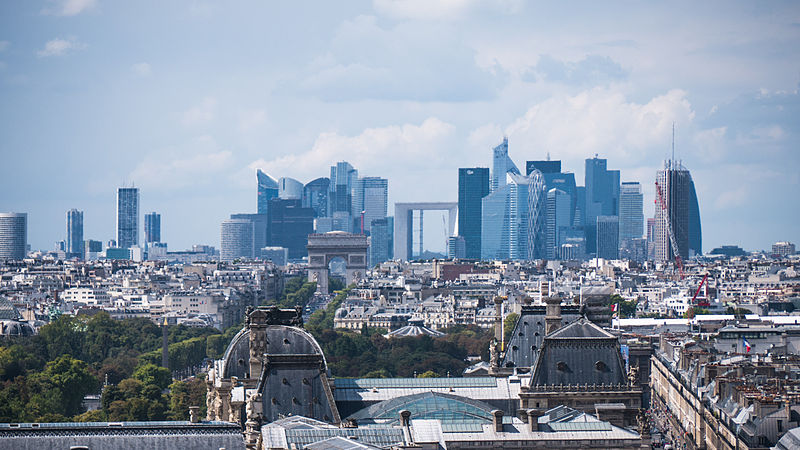 France is seeing a growing demand for its affordable Paris office space. Occupancy rates in the business district of La Défense are at their highest since 2000.

In the first half of last year, the area rented out more office floor space than in any other six-month period. This is according to commercial property broker CBRE.

It’s not just here that there is strong interest in affordable Paris office space. In outlying areas of Paris, businesses are showing the same enthusiasm. These include Boulogne-Billancourt, Neuilly-sur-Seine, Issy-les-Moulineaux and Levallois-Perret. French banks BNP Paribas and Société Générale have recently installed new offices in Fontenay-sous-Bois. Leading water utility company Veolia Environnement is planning to move its headquarters to Aubervilliers.

Various factors explain the surge in activity. One of these could be the Brexit effect on Paris real estate.

The upswing, though, is mainly due to competitive rents. These are good value compared to central Paris and many other European cities.

La Défense, with good transport links, has plenty to offer new occupants. It’s the largest business district in continental Europe and is just four miles west of the Eiffel Tower. It provides large office surfaces where companies can accommodate thousands of workers. In downtown Paris, buildings are far smaller due to zoning laws.

Its lower rents are attractive to companies in need of ample room. Construction-materials firm Saint-Gobain SA, accountancy company Deloitte and healthcare data company IMS Health Holdings Inc are among the firms that moved in this year.

Developers are also responding to the growing demand for Paris office space at La Défense.

Several real estate investors are building new towers. Unibail Rodamco SE is the biggest listed property firm in Europe. It plans to complete its 33-storey Trinity Tower in 2018. Its larger Sisters Towers will be ready after 2020. The Abu Dhabi Investment Authority has financed a 39-storey development. Its Alto Tower is due to be finished in late 2019.

More developments are underway. Chicago-based LaSalle bought an office development in Clichy, a northern suburb of Paris. It plans to complete another deal soon too, said Simon Marrison, CEO for Europe at the firm.

Many developers have been motivated by the UK’s Brexit vote. They believe that office markets in Paris and other European capitals like Frankfurt and Dublin may benefit. Some companies, notably those in the banking sector, are talking of relocating operations away from London.

That is not why LaSalle is planning to build more affordable Paris office space. But it would be the “icing on the cake,” Mr Marrison said.

European real-estate investment fell 30% to €107.5 billion in the first half of 2016 compared with the same period in 2015. This was according to real-estate consultant firm Real Capital Analytics. Political risks, including Brexit, and years of rising prices were among reasons global investors held back.

But Paris held up better than other major markets, including London, Berlin and Madrid. The amount of new office space given planning permission in the Ile de France in the first half of 2016 was equal to that of the whole of 2015.

The figures all point to a continuing dynamic market. This is thanks to the resilience and affordability of commercial real estate in Paris.

This growth mirrors the strong year in residential real estate in Paris. Sales figures are set to exceed those of peak years like 2007. When the final Q4 2016 prices are published, they are slated to pass the 2012 high of 8,460€/m². The increase in both transaction volume and prices is expected to continue this year.

If you’d like to find out more about investing in Paris residential or commercial real estate, you can contact 56Paris Real Estate here.